Trending
You are at:Home»Categories»Headlines»Want to defeat the legacy of ISIS? Try rebuilding non-Muslim communities it has destroyed
By Alberto M. Fernandez on 25 May 2017 Headlines

Muslims and Christian Iraqi civilians carry a wooden cross last month near a monastery in Mosul, northern Iraq. A group of civilian activists raised the cross as a message of love and peaceful coexistence between communities in Mosul, an Iraqi activist said. (Omar Alhayali/European Pressphoto Agency)

The Islamic State’s self-declared caliphate is crumbling, if all too slowly. Sadly, though, its ultimate collapse will not be the end of the story. It will leave behind a still-lethal insurgency that will almost certainly attempt to stage terrorist attacks around the world as well as a wide swath of physical destruction and devastated lives stretching from Aleppo to Ramadi.

And yet, even while the Islamic State is “losing,” there is no denying that it has also “won” some things. It has created grim facts on the ground. It has wiped out communities that will never rise again. Many Yazidi villages and towns within its orbit are destined to remain permanently empty because of slaughter and the flight of despairing survivors. Islamic State jihadists also succeeded in destroying the ancient Christian community of Mosul, whose surviving members were robbed of everything they had when they were expelled from the city in July 2014. Many of the survivors of these same minority groups remain scattered around the region, and some still haven’t decided whether they should stay, with all the risks that it would entail, or leave forever. The Islamic State has torn a hole in the fabric of the region’s millennia-old diversity that can never be fully repaired.

President Trump’s speech in Riyadh on Sunday sought, as two presidents before him have done, to break down the talk of hostile divides between civilizations. He should be commended for doing so. So, too, should those ordinary Americans who strive to break through long-established narratives of bigotry and stereotyping. In January 2017, when a fire destroyed a mosque in Victoria, Tex., ordinary Americans raised more than $1 million for its reconstruction.

As the Islamic State recedes, there is a vital opportunity for majority-Muslim states to build on the positive vibe of the Riyadh gathering. Scholars such as William McCants and David Andrew Weinberg have made concrete suggestions on changes to Salafi proselytizing and Saudi textbooks, respectively. The U.S. and Saudi governments also announced a range of steps involving terrorist financing, arms sales and a messaging center.

But we should also consider fresh ways for Muslim leaders to attack negative stereotypes by showing concrete support for restoring what the Islamic State sought to exterminate. Even the resurrection of a single community would be a powerful message of solidarity and diversity in a Middle East that is becoming increasingly monochrome while a globalized West grows more diverse.

The situation in Mosul, now a uniformly Sunni Muslim city cleansed of its minorities, is dire. The same may be true soon in Raqqa, the “capital” of the Islamic State’s territory. Yet despite all the suffering it inflicted on its Sunni Muslim population, the Islamic State did not seek to exterminate and erase every trace of the community’s existence down to the last tombstone. In contrast, Yazidis were enslaved in large numbers and Christians mostly expelled, while the material culture of both was targeted for obliteration.

There is no way all this damage can be repaired. But there are ways to take a stand against this policy of destruction. In Lebanon in 1939, a new settlement was established at the ancient site of Anjar incorporating survivors of the heroic Armenian stand against genocide at Musa Dagh. Some years later in Israel, one kibbutz incorporated and commemorated survivors of the Warsaw Ghetto uprising and other Jewish partisans.

Imagine the resurrection of a non-Muslim community that the Islamic State sought to exterminate. What a powerful message that would send. And the message would resonate even more strongly if the work were to be done with the support of Muslim states.

Such an initiative could be implemented almost anywhere. Syria or Iraq, of course, are the most likely sites. Given the complex political realities, probably the least problematic area would be on Iraq’s Nineveh Plain, either by restoring an already existing town or establishing a new settlement.

Some have mocked the theme of Trump’s so-called “Abrahamic Adventure.” But any acts of kindness and solidarity by states, communities and individuals that break down barriers among the three great Abrahamic religions make good sense. This would be true no matter who is in the White House, and even if the Islamic State had never reared its hideous head. Moreover, restoring a community is a far more tangible result than the next round of interfaith meetings or well-meaning declarations about tolerance that rarely seem to have real impact.

Religious and ethnic diversity has always been a major characteristic of the Muslim East. That was the reality, despite the despotism of the sultan or the prince of the day. Today, that precious quality is under threat like never before, and not only at the hands of the Islamic State. If the states of the region are indeed as united against the Islamic State as they claim, then they should also work to ensure that the results of the group’s zeal are not set in stone and that they are not complicit in reaping the fruits of its infamy.

This requires not words, but action. It is entirely reasonable for the United States to encourage its partners to take steps to restore as much of the ethnic and religious diversity as possible in areas that were under the Islamic State’s control. Now is the time to start.

Want to defeat the legacy of ISIS? Try rebuilding non-Muslim communities it has destroyed 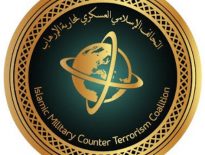 Features State Department Terrorist Designations of Hashem …
0
wpDiscuz
0
0
Would love your thoughts, please comment.x
()
x
| Reply
We use cookies to ensure that we give you the best experience on our website. If you continue to use this site we will assume that you are happy with it.Ok