Trending
You are at:Home»Categories»Features»The Execution of Sheikh al-Nimr: A Saudi Need for Reassessment
By Hassan Mneimneh on 20 January 2016 Features

The immediate price of such actions may be the further alienation of an important component of Saudi Arabia: its Shiite population.

Undoubtedly, Saudi Arabia faces a delicate situation. The United States has effectively abdicated its historical leadership role in the Middle East. Egypt and Turkey are too preoccupied with internal strife to assume regional responsibilities. Meanwhile, Iran has interpreted the recently concluded P5+1 agreement as a license for an unrestrained offensive in multiple locales.

The Kingdom of Saudi Arabia is thus left virtually on its own and with the obligation to intervene, confront, and contain various threats at a heavy cost of blood and finances. In the case of Bahrain and Yemen, its engagement has required direct action; in the case of Syria, it is working via proxies. In addition to these external challenges, Saudi Arabia continues to face the serious threat and imminent danger of radical insurgents internally. Unexpected economic difficulties also plague the kingdom, the result of dwindling oil revenues and the ongoing ambiguity of leadership transition, a model that is shifting from brother-to-brother succession among the sons of the kingdom’s founder into the delineation of a new set of succession rules for subsequent generations of royals. Riyadh has indeed a full schedule of issues to manage in order to counter the storms that the country now faces.

Nor is it an exaggeration to state that the success of the kingdom in overcoming these complex challenges is a necessary prerequisite for regional or even international stability. Riyadh is thus acting on behalf of a world community that owes it meaningful support, which has yet to materialize.

As grave and substantial as these concerns are, they do not justify the recent execution of Sheikh Nimr al-Nimr, nor do they excuse Saudi Arabia from the moral and ethical responsibility of his killing. Nimr al-Nimr was no easy interlocutor. He brandished a vision that oscillated between factionalism and inclusiveness. Nimr focused strongly on his Shiite identity; he espoused the cause of his community in the Shiite majority town of Qatif, located in the Shiite majority Eastern Province of Saudi Arabia, and supported the uprising in neighboring Shiite majority Bahrain. He was, however, consistent in placing these causes in the context of rights-driven popular protests. Thus, Nimr distinguished himself from most Shiite religious and political public figures through his clear and repeated condemnations of the (Iranian-supported) Syrian regime. True to his generation, Nimr espoused an analytical framework that identified the enemy as the triumvirate of imperialism, Zionism, and reactionary Arab regimes — although he adjusted his discourse to reflect new Islamist usage. He vociferously discounted and attacked the Saudi royal family.

The reality that Nimr appears to have rejected is that the Kingdom of Saudi Arabia had overcome its early precariousness and survived predictions of imminent expiry. The Saudi royal family has succeeded in creating a viable order that enjoys widespread approval from its population. The characterization of Saudi Arabia in Nimr’s discourse often seems reductionist and arbitrary when considered from the perspective of Saudi society at large. When examined from the vantage point of the Saudi Shiite community, however, Nimr’s depiction of life gains more credibility.

A considerable part of the stability achieved within Saudi Arabia stems from the partnership between the royal family and the religious establishment. The doctrinal outlook of this establishment, however, is Salafism, a radical understanding of the Islamic faith that excludes Shiism and considers Shiite practices polytheistic. Still, the royal family as the dominant partner has been able to carve space for some social and economic accommodation of Shiites in Saudi Arabia. The hope of many of these Shiites, stemming from their desire to remain loyal to their homeland, was that accommodation would serve as a precursor to fairness. This hope has failed to materialize.

Sheikh Nimr’s most lasting work may be his 2007 “Petition of Honor and Dignity,” which he addressed to the governor of Saudi Arabia’s Eastern Province. In this work, Nimr openly demanded equity and fairness for Shiites in Saudi Arabia, including official recognition of Shiism as an interpretation of Islam on par with Sunni interpretations.

It is not surprising that in this period of competing regional Sunni and Shiite radicalisms, the few gains of Shiites in Saudi Arabia were subject to attrition and the limited fortunes of the community reversed. Subsequently, the discourse of Sheikh Nimr increased in harshness and even occasionally engaged in sectarian polemics. Yet Sheikh Nimr remained steadfast in two calls: for a nonviolent Shiite movement in Saudi Arabia and for a consideration of this movement as part of a wider regional movement of rights-based protests.

When the Saudi court, an affiliate of the religious establishment, decided to impose the discretionary death sentence on Nimr, it based its judgment on a tradition of jurisprudence that equates dissent with sedition rather than considerations of national interest. In line with its radical affiliation, the court adopted a position that prohibits any political difference of opinion; this is a disputed position within the Islamic legacy.

However, when the Saudi political leadership accepted and eventually executed the court’s verdict, despite its contradiction with national interest, the leadership set a dangerous precedent. Until now, the running arrangement was that the religious establishment formulates opinions based on doctrine, and the political leadership adopts or rejects them on the basis of national interest. The new precedent may usher in a pattern of harshness and rigidity, which Saudi Arabia had seemed until now to be increasingly avoiding. The immediate price of such actions and patterns may be the further alienation of an important component of Saudi Arabia, its Shiite population — now feeling even more oppressed at home just as Iran continues to claim alignment with the community.

Nimr al-Nimr was unjustly killed. He passes away as a martyr of free speech and free opinion, liberty and justice. He has also become a martyr of Saudi Arabia, a homeland that denied him justice even as it needs to become a nation for all its citizens. His death leaves sadness in all those worldwide who believe that words are fought with words, not with swords. His execution is not merely an incident or an internal affair. Putting aside the hypocritical use of his death by the Iranian government, itself guilty of far more abuses of the innocent across the region, it is in the best interest first and foremost of Saudi Arabia, and additionally of the region and the world, to undertake a correction in the relationship with Shiites inside the kingdom and reconsider the grave error that led to the unjust execution of a sincere and predominantly nonviolent man, irrespective of his political opinions.

The Execution of Sheikh al-Nimr: A Saudi Need for Reassessment 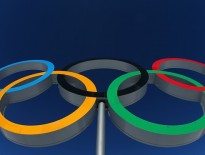 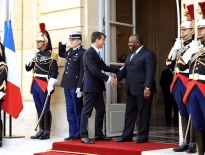 Features The Elysée supports Ali Bongo
0
wpDiscuz
0
0
Would love your thoughts, please comment.x
()
x
| Reply
We use cookies to ensure that we give you the best experience on our website. If you continue to use this site we will assume that you are happy with it.Ok