Nastos claimed that the the Russian S-400 “Triumph” anti-aircraft missile system based in Syria looked on silently while Israeli Air Force planes penetrate Syrian airspace with impunity and attack Iranian positions. Nastos believes that Russia does not want to provoke a fight with Israel because if the Russians attempted to down Israeli aircraft, the Israelis would take out the S-400s thus diminishing their value on the international arms market.

Khodarenok believes that such an analysis is superficial. The Iranians have been trying to hide under the umbrella of Russian forces as they build up their forces against Israel. Russia does not have to intervene to protect the Iranians. Russia is a lot smarter than the Soviet Union that actively intervened on the Arab side against Israel during the 1960s and 1970s. It will not engage in hostilities without having a clear strategic objective, and only after it has thoroughly calculated the consequences of its actions.

“The Greek news agency “Pentapostagma” claims that, despite the fact that Moscow presents its S-400 “Triumph” surface-to-air missile systems as the best in the world, they are merely ‘observing’, as jets of Israeli Air Forces penetrate Syrian airspace with impunity and conduct  air and missile strikes against Iranian armed units and pro-Iranian groups. Panagiotis Nastos, an analyst at “Pentapostagma”, wonderis: why the “S-400” systems never responded to Israeli attacks?

“According to the author, by doing so the Russian Federation prevents the eruption of confrontation between the Israeli F-35 jets and Russian “Triumphs”. At the same time, this provides an opportunity for the Russian and American defense industries to export their weapons to third countries in the global market.

“Nastos points out that if the Russian military attacked the [Israeli] F-35 jet, either the combat vehicle or the S-400 itself would be destroyed as a result of return fire.” 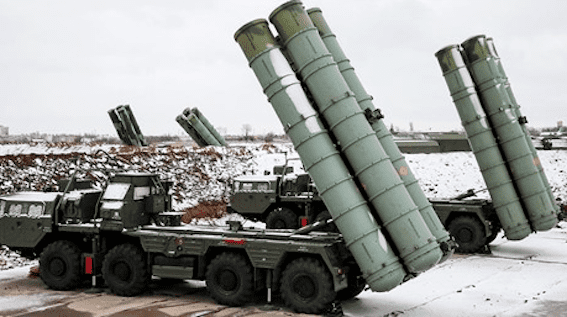 “As the article of the Greek author claims: “No country would ever buy a weapon, that were once destroyed.”

“The Pentapostagmanews agency states that it is precisely for this reason that Russian anti-aircraft missile troops do not open fire on Israeli Air Force planes.

“In other words, the analyst of the “Pentapostagma” news agency, Panagiotis Nastos focused exclusively on the general issue of military-technical cooperation and on the weapon and military equipment trade in particular.

“However, the situation in Syria is much more complicated and multidimensional, than just the question of arms sales. There are many components to this issue: geopolitical, military, and military-technical ones.

“What Iran Is Doing In Syria

“Iran’s influence in Syria is growing continuously. According to a statement of Vladimir Sazhin, senior researcher at the Department of Near and Middle East Studies at the Institute of Oriental Studies of the Russian Academy of Sciences, made earlier in a conversation with “Gazeta.Ru” [reporter], there are several directions, in which Tehran is increasing its activity in Syria:

“Firstly, there is a purely military [direction]. The Iranians construct military bases and warehouses with weapons, ammunition, material and technical supplies in certain and advantageous areas. At the same time these military objects (without much exaggeration, they can be called military bases and warehouses) not only for the use of Iranian units like the Islamic Revolutionary Guard Corps (IRGC), but also for Shiite militias from Pakistan, Afghanistan, Iraq, Iran itself and directly from Syria.

“Usually, such units and troops are controlled by Islamic Revolutionary Guard Corps officers. According to Vladimir Sazhin, one can safely conclude, that these units are close to the Iranian military formations.

“Moreover, the Iranians create various types of trans-shipment points and warehouses for the paramilitary Shiite organization Hizbullah, in which they accumulate weapons and ammunition. The Iranians frequently do this ‘under the umbrella’ of Russian armed forces units i.e. in the close vicinity of all kinds of Russian military facilities. The idea is that Iran hopes to protect itself from strikes by the Israel Defense Forces, which also operates in the region.

“Tehran assumes, that since Israel will endanger Russian military personnel with air and missile strikes, this will ensure the security of Iranian facilities as well.

“Secondly, Iran is engaged in a large-scale economic expansion in Syria. Tehran’s representatives are actively acquiring real estate, various industrial enterprises (Iranian buyers are not particularly concerned if such enterprises were damaged during the hostilities). The Iranians actively buy plots of land as well.

“Transactions are made on behalf of either the Iranians or the Syrians, who represent Iranian interests in Syria. The latter are primarily Shi’ites and only a few of them are Alawites.

“For example, in the capital of Syria, Damascus, there are already many advertisements, shop signs in the Persian language (Farsi). That is, as Vladimir Sazhin emphasized, Iran is actively strengthening its influence in many sectors of the Syrian economy.” 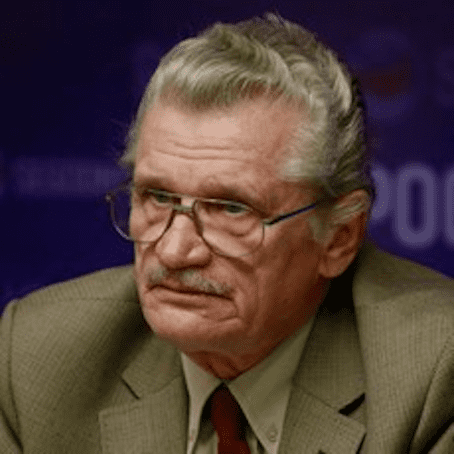 “Thirdly, there is undoubtedly an ideological direction [of Iran’s activities]. Iran is doing a great job promoting Shia Islam [Shi’ism] among the Syrian population, as best as possible.

“Directly converting Sunnis to Shiites is complicated although in principal possible.. But at the same time, the Iranians use economic pressure on certain groups of [religiously]unstable people in Syria.

“According to the expert, if one would recall the singular situation in the country before the events of 2010-2011, then it is obvious, that back then Syria was not a very religious country. Therefore, today the wavering and religiously unstable parts of the Syrian population became primarily targets of Shiite influence.

“In addition, the Iranians are doing a lot of work providing various economic and financial perks to many groups in the Syrian population, primarily to the Alawites and Shiites. They provide them with humanitarian aid, carry out large-scale propaganda and PR work. According to Vladimir Sazhin the results of this work is quite visible.

“It’s noteworthy that the Iranians have good positions at the low and middle levels of the Syrian administration. Moreover, they have strong connections with the special services and even at the highest level of the military-political elite of Syria.

“However, the most important thing is that such activities by Tehran on Syrian Arab Republic [SAR] territory pose a direct threat to Israel’s national security.

“There is no doubt that Tel Aviv will deploy any measures without limits to deal with this problem. Because of these reasons, Israeli Air Force jets penetrate Syrian airspace and conduct air and missile strikes against Iranian targets.

“In this regard, the Russian Armed Forces in Syria find themselves in a rather delicate position:

“On the one hand, one needs to support an ally in the region – the official Damascus [regime].

“On the other hand, the Kremlin’s plans today do not include armed confrontation with Israel in any form. After all, it must be clearly understood, that [if]Russian anti-aircraft missile battalions open fire on Israeli Air Force jet fighters, this will inevitably transform the situation in the region into a large-scale war between Moscow and Tel Aviv.

“In the latter case, Moscow will have to answer some fairly simple questions:

“Firstly, what will the political and military goals of the conflict be in this case? Moreover, it is completely unclear how these goals can be formulated even theoretically.

“Secondly, is it possible to achieve the set goals (if they can be identified in the first place) by military means?

“Thirdly, what would be the possible results of the war?

“And, finally, simply speaking the most important question: why does Moscow need all this and what will be the price of this war?

“By the way, it is still impossible to answer similar questions unambiguously while analyzing the USSR’s role in the Arab-Israeli wars of the 1960s-1970s.

“However, there is reason to believe that today the Kremlin has at least an understanding of all these military-political questions.

“Both Moscow and Tel Aviv are taking all possible measures to ensure that Israeli Air Force actions will not result in damage to Russian military facilities and casualties among Russian Armed Forces personnel in Syria.

“As for the combat tasks assigned to the S-400 anti-aircraft missile battalions in Syria (and I can confidently state this), they consist exclusively in protecting Russian military facilities (first of all, the Khmeimim Air Base and the Tartus Naval Base) and only in case when a threat is created to their safety.

“In summation, no one in Moscow is going to fight Israel because of strikes on Iranian targets in Syria. As for the analysis presented by “Pentapostagma” news agency, in the words of Nikolai Gogol [in his classic The Inspector General], it demonstrates “extraordinary superficiality of thought”.