KUWAIT, Dec 10 (KUNA) — Public Authority for Sports (PAS) Deputy Director General Humoud Fulaiteh on Thursday laid responsibility on the President of the International Olympic Committee (IOC) Thomas Bach for the deterioration of the IOC’s discourse with the State of Kuwait, and confining the dispute between the IOC and the country to “personal issues and calculations.”

In a press statement on Thursday, Fulaiteh urged Bach to respect diplomacy and professionalism when addressing the State of Kuwait and the Kuwaiti officials, as a down payment of the IOC’s good faith regarding efforts to conclude a just solution to the dispute.

.Fulaiteh, in the meantime, stressed that Bach is smart, professional and well-known for his efforts to fight corruption

Expressing regret over recent remarks by IOC member Patrick Hickey who “slipped into a lousy level that does not at all fit the IOC’s professionalism, neutrality and credibility,” the PAS Deputy Director General said the IOC official tried to portray the disagreement in views between the IOC and the State of Kuwait as a personal one, distorting facts.

Hickey’s remarks just agreed with ones by the President of the Association of National Olympic Committees (ANOC) who portrayed the issue as a “personal disagreement,” Fulaiteh said. He noted that Hickey is ANOC Vice-President and head of the negotiation committee with the Kuwaiti government, so he has not been, and will not be, neutral regarding allegations that the Kuwaiti sports laws contravene with the Olympic Charter. It is important to remind the IOC that it initiated with suspending Kuwait’s sports activities, unjustly and arbitrarily, owing to “allegations that the State intervenes in sports,” Fulaiteh said.

He noted that the suspension was prejudicial and unjustified, referring to a December-5 statement by the Arab Youth and Sports Ministers, as well as Kuwait’s official letters with the IOC in which the country demonstrated that its sports laws are similar to ones in European, American and Arab states.

However, the IOC “only” suspended Kuwait’s sports, as if the body has come to be manipulated by certain people.

The IOC is surprised that the Kuwaiti cabinet tasked the Foreign Ministry with taking legal action to terminate agreement with the Olympic Council of Asia (OCA), this is but flagrant interference in the sovereign acts of the State of Kuwait, Fulaiteh noted.

In addition, it is new evidence that the IOC is proceeding with encroaching on sovereignty of states, especially Kuwait, he said.

Eventually, the PAS Deputy Director General questioned that IOC’s keenness on the good of Kuwaiti sports.

He spoke of to a “suspected trend” to cast a shadow on the long-awaited inauguration of Jaber Stadium, a leading historical occasion for Kuwaiti sports and fans.

The Arab ministers on Saturday called on international sports institutions to backpedal on their decision to suspend Kuwaiti sports activities, and to allow Kuwaiti athletes to partake in world sports events “under the flag of their country”.

The ministers voiced, in a joint statement issued following the 59th session of their Executive Office, their full solidarity with the State of Kuwait in this regard, and appreciated its efforts to support its sports activities and overhaul sports laws. 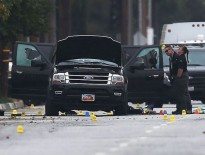 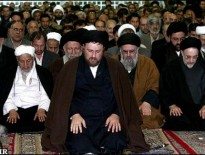 Features Ayatollah Ruhollah Khomeini’s grandson to enter …
0
wpDiscuz
We use cookies to ensure that we give you the best experience on our website. If you continue to use this site we will assume that you are happy with it.Ok