On August 20, six days before the Kabul airport terrible attack, the Afghan Taliban said it had executed Abu Omar Khorasani, the imprisoned former head of the Islamic State in South Asia, shortly after it took full control of Afghanistan.

A tweet dated August 16, reads:  former chief aka , was in — prison Kabul after the Taliban took its control. He was buried at his hometown in Kunar today. His family sources say that the Taliban killed him.

Was the Kabul attack ISKP’s retaliation to the death of its leader? Probably!

However, there are other worrying aspects of the security situation in Afghanistan.

On sunday, U.S. Chairman of the Joint Chiefs of Staff Mark Milley told senators that a previous assessment of how soon terrorist groups will reconstitute will speed up because of developments in the last ten days. 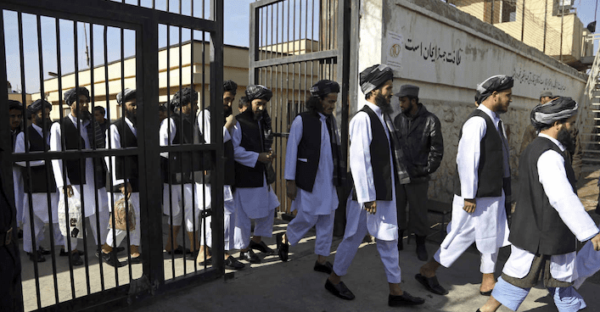 He was certainly referring to the Taliban capture of  Bagram Air Base  and release of thousands of prisoners, including many senior al Qaeda operatives.

The prisoners left behind included some of the Taliban’s most hardened fighters who could pose a threat to American security interests. The Pul-e-Charkhi prison garrison also surrendered to the Taliban without a fight.

The largest in Afghanistan, Pul-e-Charkhi contained a maximum-security block for al Qaeda and Taliban prisoners.

In all, it is estimated that from 5000 to 7000 prisoners were left behind following the U.S. withdrawal.