Trending
You are at:Home»Categories»Headlines»How did US drones find and target Qassem Soleimani in the first place?
By TRTWORLD on 3 January 2020 Headlines

But the question remains, how did the US find Qassem Soleimani in the first place?

But even according to a US Department of Justice declassified legal brief, the White House can order a drone strike on a target only ‘with near certainty’ of their presence.

The fact that the strike took place as the cars left the airport suggests that the drones were already in a ‘holding pattern’ in the skies, waiting for the moment to strike.

There are no operational US drone bases in the area, with only three drone bases having a history of making strikes in Iraq. Specifically, these are the Ali al-Salem airbase in Kuwait, al Udeid airbase in Qatar, or the Al Dafra airbase in the UAE.

Even if the drones took off from the closest airbase in Kuwait, that’s nearly 570 km of travel time to be made before his landing, and manageable for the MQ-9 Reaper drone, with a range of over 1800 km and a top speed of 480 km/h.

With all indications pointing to at least more than an hour and a half of preparation and flight, the odds are in favor of the drone strike that killed Qassem Soleimani being part of an elaborate operation based on intelligence work.

The role of Israeli intelligence playing a role in finding Soleimani cannot be discounted. Israeli military mobilized on Friday, expecting an Iranian response, for no specific reason, while Netanyahu put a gag order in place forbidding senior government officials to speak on the assassination.

Tensions between Israel and Iran were at their highest prior to Soleimani’s assassination, following an alleged failed Mossad assassination plot that would have seen the use of 500 kg of explosives to kill the IRGC commander in September 2019 as he visited a memorial.

A Jerusalem Post article was quick to point out that Mossad would have taken credit for any role in his assassination, but more to the point, that the drone strike did not have the hallmarks of Mossad involvement. It was an American-styled operation.

Given that the US kept its British allies in the dark about the drone strike, it seems likely that the strike was ordered on the basis of last-minute information about his whereabouts. Intelligence sharing on strikes in Iraq is mandated by security arrangements including 400 UK troops in Iraq, and safety of UK ship ships through the Straits of Hormuz.

With the timing necessary to make the strike as he left Baghdad International Airport following the nearly two hours and 30-minute flight from Tehran or less from Syria or Lebanon indicates the possibility that an informant or embedded intelligence officer tipped off US intelligence once Soleimani had boarded his flight and was en route to Baghdad.

The fact that he was met on the tarmac by Abu Mahdi al Muhandis, deputy commander of the pro-Iran Popular Mobilization Forces in Iraq suggests a stronger possibility of a leak within Iraq as well.

Given the difficulty involved in identifying and confirming Qassem Soleimani’s presence or arrival, it is likely but remains to be seen whether the informant was in Iraq and had knowledge of his arrival, or was elsewhere and had news of his departure remains to be seen.

As the story unfolds, how will Iranian relations change if corruption, oversight or betrayal are found to be the reasons behind Soleimani’s death?

How did US drones find and target Qassem Soleimani in the first place?

by TRTWORLD time to read: 3 min 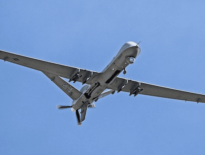 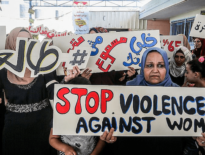 Headlines Taking Arab Society From Darkness to Light
0
wpDiscuz
We use cookies to ensure that we give you the best experience on our website. If you continue to use this site we will assume that you are happy with it.Ok