Trending
You are at:Home»Categories»Headlines»How China pulls the strings of the World Health Organization
By Isabelle Lasserre on 11 April 2020 Headlines

INVESTIGATION – Taking advantage of the American withdrawal from the multilateral system, China is pushing its pawns and its candidates for strategic positions to impose its standards.

The cold war between the United States and China reached a new milestone by reaching the WHO-  the World Health Organization. Donald Trump, whose country is the main contributor to this United Nations agency, has threatened to withdraw in protest against the pro-Chinese bias of its director, the Ethiopian Tedros Adhanom Ghebreyesus.

The American president and the republican senators criticize the WHO for having underestimated the importance of the epidemic and for becoming “accomplice” of the “flagrant operation of dissimulation” of the Covid-19. Under pressure from China, the WHO did not declare an international emergency in late January and criticized the US Administration when it closed the country’s borders to travelers from China. It took up the language of the Chinese Communist Party without any distance. Worse: its president has repeatedly praised the Chinese authorities for their “transparency” since the start of the crisis! When you know how much the Chinese authorities have lied, by hiding the epidemic and then minimizing the death toll, you would laugh, if the period was not so serious, of the ‘apparatchik formulas’ used by the president of the WHO.

Antonio Guterres, the secretary general of the United Nations, urged Donald Trump “not to politicize the virus”, saying that there will always be time, when the crisis is over, to “go back” on the action of the actors. But the Chinese influence in certain branches of the United Nations, including the WHO, has become so obvious that many, not only within the American Administration but also in Europe, consider that it should be denounced.

Since the early 2010s, China’s influence has only grown. Feeling its new power, China is trying to occupy its place on the international scene and taking power within large organizations is a good way to do so. Taking advantage of America’s withdrawal from the multilateral system, China, while remaining discreet in the UN’s most media-covered forum, the Security Council, is pushing its pawns in its satellite agencies, like the WHO. Like an octopus, it slides its tentacles into the vacant spaces of the organization and pushes its candidates into strategic positions.

Directly or indirectly, China controls the FAO (the agency for the fight against hunger in the world), the industrial development commission, that of international telecommunications and the WHO, which, after having been headed by a Chinese, is now headed by an Ethiopian friend of Beijing. Until recently, China also had control of the Interpol leadership. It, also, participates in certain United Nations peacekeeping  missions, such as in South Sudan, increases its contributions and tries to impose its formulas on certain texts. “China is taking power at the UN,” warns a French diplomat who spent a long time in New York.

After fighting for control of the sea lanes in the China Sea or for access to 5G technology, Beijing is using international organizations to develop its influence and to impose a new post-Western order. « China’s goal is to inject a newspeak into the United Nations and to unravel the texts that defend human rights, which the Chinese claim are derived from Western values that we have imposed on them. They are trying to build an anti-human rights and anti-Western coalition with their allies »,  said a French diplomat.

The connection between Ethiopia and China has many facets. “The Chinese have allied themselves with an African bloc which votes the resolutions they propose to the United Nations,” explains Valérie Niquet, who has just written for the Foundation for Strategic Research (FRS) an upcoming study devoted to the subject * . But on the African continent, Ethiopia has always had a special place. China maintains close ties with current Ethiopia’s  former Marxist current leaders. The numerous investments it made in the country largely explain Ethiopia’s growth rate of 9%. With Beijing also funding the headquarters of the African Union, it is hardly surprising that the AU president defended WHO against the attacks by Donald Trump. It is thanks to the support of the Chinese that Tedros Adhanom Ghebreyesus, a former member of the Communist Party, was elected head of the WHO in 2017. The first African to head WHO, he avoided criticism of China. “Since then, WHO has followed all Chinese statements step by step, repeating them like a parrot. WHO has not played its part, but that is exactly what Beijing wanted. In the same way, as required by the Chinese leadership, it refused to give back an observer seat to Taiwan», continues Valérie Niquet.

Since the inception of Covid-19 pandemic, Beijing has been carrying out a major soft power offensive, which relies in particular on humanitarian diplomacy. China, of course, chooses targets that serve its interests. When it sends doctors and ventilators to Italy, it cajoles the main country which, in Europe, supports her project of « New Silk Soutes”. When it sends masks to the Netherlands, it is helping a country that must decide in June whether or not to open up to Huawei 5G. China is also trying to establish its system as a model of virtue and efficiency on the international scene. Finally, it seeks to modify its image and to whitewash its reputation, tarnished by the opacity which had reigned for several weeks, thus allowing the virus to spread in the world, and by the violent methods it used to silence Chinese whistleblowers, such as Dr. Li Wenliang.

But the actions of China, which for the third time – Sras, avian flu and Covid-19 – has exported a local-bred virus, are coming up against increasing criticism around the world. Its appointment on Wednesday to a United Nations Human Rights Council body provoked  outbursts of indignation among NGOs. « It is inconsistent and immoral that the United Nations would allow the oppressive government of China to play a key role in the selection of officials who shape international human rights standards and who report violations around the world,” said the official, Hillel Neuer, director of UN Watch. According to him, this amounts to making “an arsonist the city’s fire chief.”

In international organizations, China seems to be facing almost no resistance. “The respect shown by many international organizations for China can be explained by its geopolitical weight, its ability to say « no » and, in some cases, to form voting coalitions … », analyses specialist François Godement for the Montaigne Institute. « And there is also the stubborn hope that Beijing will contribute more in the future and will show greater flexibility » he said.

However, European countries hide less and less their irritation towards China, accused of advancing its pawns and its influence under the guise of Health diplomacy, while seeking to rewrite the history of the pandemic on its soil . They are also worried about the great economic dependence in which they have placed themselves vis-à-vis it, in particular in the medical field, including masks and medicines. To think that China can change is wishful thinking for Valérie Niquet. « The image of China is deeply damaged. I do not think it will succeed in convincing people of the superiority of its model. China has been given a place that the regime does not deserve, thinking that it can change when its goal is to stay in power. China doesn’t follow any rules, it doesn’t play the game ».  She regrets that China and the United States are sometimes put on the same plane. According to her, the culprits should not be confused. “It was not America that brought the virus, but China! You have to designate the real responsibilities. Even if it means creating an international tribunal! ”

Translated from French by METransparent

How China pulls the strings of the World Health Organization 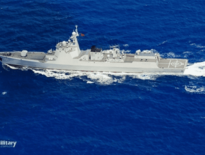 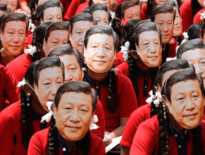 Headlines Covid-19… Now for the Really Bad News
0
wpDiscuz
We use cookies to ensure that we give you the best experience on our website. If you continue to use this site we will assume that you are happy with it.Ok