“Tell People We Triumphed Over the Enemy”

While Abbas Araghchi, Iran’s deputy foreign minister, was cleaning up the mess he create after his private session with the state run national radio and television network (IRIB) leaked to the public, the head of parliament, the Majlis, announced that there was no need for the body to approve the nuclear deal reached between Iran and the six major world powers on July 14, 2015 in Vienna, Austria. He justified his position by saying representatives were in their summer recess.

The media atmosphere in the country however continues to be dominated by the public revelations of what Araghchi privately told the managers of IRIB about the nuclear deal. On Saturday, the official site of IRIB posted some of Araghchi’s remarks, which brought disbelief, distress and criticism in official and semi-official circles. This resulted in a swift removal of the report and Araghchi’s remarks not only from the IRIB website but also from other state-run and semi-official news sites.

In his remarks, Araghchi says, among other comments, that from an economic perspective, the nuclear program had brought “huge damage” to Iran and categorized the amount of harm to be “unimaginable.” “If we try to calculate the costs of producing the material, we cannot even imagine the amount,” he said. In another part of his remarks he justifies the costs and says, “We paid this price for our honor, independence and progress in order not to submit to the bullying of others.”

Another contentious remark Araghchi made was about nuclear weapons.  “If we want to go after nuclear weapons then the Comprehensive Plan Of Action (as the nuclear deal is officially called) is a complete defeat but if we are after internationally legitimate enrichment and a completely peaceful nuclear program, then the agreement is a big victory,” he asserted.

The deputy foreign minister who took part in the nuclear talks and is considered the right hand man of minister Zarif had some advice for the IRIB managers when he said, “Our national pride and trust should not harmed. People must feel that the enemies has been snubbed. During the Iran-Iraq war, there were no few operations in which we were defeated but we never announced them. At best, we said we did not win, which is a word that you used to use.”

Another controversial point that Araghchi made was what he said about the role that the brother of President Hassan Rouhani, Hossein Fereidun played in the nuclear negotiations. He said that Fereidun had no authority to engage in the talks and spoke to his brother, the president, in a local language to avoid being understood by others. “Our link to the president was through Hossein Fereidun. We took him to our negotiation sessions but he did not intervene. He did raise immediate questions in Semnani language, which could be helpful. This is also the language that was used during the Iran-Iraq war to speak through the wireless when the need arose,” he asserted.

Araghchi himself called the public leak of his remarks not only to be “unprofessional and unethical” but also to be against “national security” and called for legal action against those responsible in IRIB.

It appears that those remarks by Araghchi that categorize parts of the nuclear deal as a “defeat” are providing hardliners and critics of the talks, the nuclear deal and even Rouhani with good fodder to continue their onslaught. Hardline media such as Kayhan and Vatan Emrouz and members of the Delvapasan faction in the hardline Steadfast Front may intensify their attacks using Araghchi’s words.

In a related development, the head of Iran’s Majlis, Ali Larijani, implicitly told an ISNA student news agency reporter on Saturday that there was no need for parliamentarians to vote on the nuclear deal. He said that constitutionally the Majlis had to present its views on such international agreements, but there were also instances when this was not necessary, such as the UN Security Council Resolution no 598 which ended the 8-year Iran-Iraq war in 1989. At that time, ayatollah Khomeini accepted the resolution.

More recently, Mohammad Ali Pourmokhtar, the head of a Majlis committee announced that after foreign minister Zarif presented his report of the talks and the agreement to the Majlis, there was no need to discuss the CPOA at the full house and that it was the national security council that had to vote on the agreement.

About two weeks ago, ayatollah Khamenei publicly said that the nuclear deal should follow “the legal process” but did not provide any pointers as to what that was.

The Majlis went into its summer recess on July 26 and will return on August 11 and hold sessions until August 27 and then go into recess again until September 22. 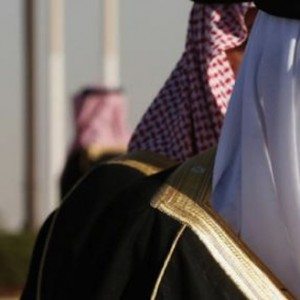 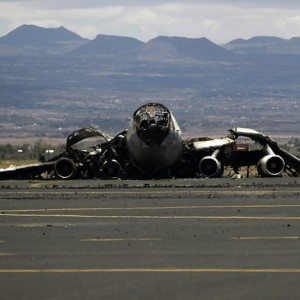 Features Yemen’s Arab Spring Left Its Air Force In Disarr…
0
wpDiscuz
0
0
Would love your thoughts, please comment.x
()
x
| Reply
We use cookies to ensure that we give you the best experience on our website. If you continue to use this site we will assume that you are happy with it.Ok