Özer Sencar, owner of polling company MetroPoll, explains to daily Hürriyet readers why the Justice and Development Party (AKP) failed to make a comeback as seen in its latest conducted poll

According to Sencar, three outcomes derive from the numbers. First, the AKP still falls short of the votes needed to form a single-party government in a snap election on Nov. 1. Secondly, while there is an increase in the votes to the Republican People’s Party (CHP), there is a decrease in those of the Nationalist Movement Party (MHP). Lastly, the number of Peoples’ Democratic Party (HDP) votes increase significantly. Though this increase does not affect the alignment of the parties, it nevertheless establishes the HDP as the party with the third largest number of representatives in the parliament.

The increase of HDP votes

A period of conflict has been entered. The outlawed Kurdistan Workers’ Party (PKK) attacks continue and martyred soldiers are brought in every day. The PKK is the focus of backlashes, the HDP alongside it. In an atmosphere as such, how do the HDP’s votes manage to increase? From whom do they get their votes?

Might the MHP’s politics have an effect on this increase in the votes?

It appears that the MHP, who has claimed the HDP as illegitimate, has pushed Kurds who did not voted for the HDP before towards the HDP. This action, which the MHP could not preconceive and calculate, is one that is a great error in both convictional and political spheres. The cost of it is the MHP’s decline to the fourth ranking party in parliament.

What are the statuses of the strategic votes?

During this period, the strategic votes are still coming in from the Turks because they possess the required knowledge and experience to apprehend the game being played in the political arena. I think they understand the tactics by the government and Kandil to discredit Demirtaş. As a result of this conduct, it is possible that the strategic votes will not drop but on the contrary, increase.

There is an increase of 1.7 points in the HDP’s votes. Where is this increase coming from?

In this evaluation, it has been determined that 75 percent of these newly incoming votes are from those that are going to vote for the first time and those whose votes have been annulled. Twenty-five percent are the ones that come from other parties, especially the CHP and MHP.

What conclusion should the government draw from this outcome?

The government has to realize that incriminating the HDP or taking extraordinary measures to decrease the HDP’s votes will not give results or else all the Kurds will stand with the HDP and along with the strategic votes of the Turks, unforeseeably become the third ranking party.

No, absolutely not. The percentage of the undecided votes is 4 percent. This is a low enough amount that can be measured a few days before the election.

Why the MHP can’t increase its votes

In this process, an increase in the MHP’s votes could have been anticipated as the AKP has neared the “border” of the MHP. So it would be perceived that some of the MHP’s contentions have proved to be correct. How does the MHP lose votes in such an atmosphere? What is your account for the decrease in MHP votes?

After losing a great deal of Kurdish voters, the AKP turned to the only other source for votes: voters previously lost to MHP. In order to get them back, the AKP pursued a nationalist discourse and behavior as strongly as the MHP, as there is no other source from which the AKP can receive votes. This caused a harsh competition for nationalistic votes between the two.

What has been the effect of the post-election policy followed by the MHP?

The MHP giving the position for the head of parliament to the AKP and its uncompromising position regarding the coalition has not been embraced by both overall voters as well as its own. Every month, we measure the “duty consent” for every leader. In this research, we observed that the numbers for Erdoğan and Davutoğlu remain constant, Kılıçdaroğlu’s numbers increase from 29 percent to 31 percent, while Bahçeli’s numbers show a decrease from 29 percent to 17 percent. It is highly natural that the MHP is losing votes according to these values.

HDP will benefit from the conflicts, not AKP

To whom are the ongoing conflicts providing benefit?

The conflicts drive the Kurdish voters mainly towards the HDP. I view this as a certainty. The Kurds are a community with both a political consciousness and hypersensitivity to ethnicity. Therefore, the event itself will have more of an impact on the conflict between the government and the PKK, and the HDP.

The CHP has demonstrated a “constructive opposition” lately. However, we see that this attitude has not amounted to votes. Why is that?

The CHP’s election charter and discourse have been very successful; however, their advertisement of it has remained insufficient. The most effective and correct tactic they followed has been to ignore Erdoğan completely, avoiding going into any arguments with him in the election process. These were right actions which the CHP thought of to apply for the first time. However, there is still a problem: The CHP’s consciously repeated past and the conception of the CHP set in the mind of the public cannot change with correct acts in a single election. I believe that Kılıçdaroğlu and his close crew are aware of this.

Yes. I am saying keep up the approach that has no ideological messages, protective of any specific sort of regime; that takes interest in the everyday economic problems of the people and one that seeks out solutions for them.

Should the CHP conduct an anti-Erdoğan campaign?

It should not. The CHP should stay absolutely clear of any arguments with Erdoğan. The most correct approach would be to ignore his very existence as this will lead Erdoğan to make more mistakes. I would encourage continuing to get the assistance of those that were involved in the process of creating the election charter and discourse. Correct politics may not bring immediate votes but it will bring success in the long run.

Do the bodies of martyrs coming in benefit the AKP? There is a small yet existent increase in the AKP’s votes. Is this increase a result of the martyr bodies coming in?

The AKP’s votes in the research of June 2015 were 41.7 percent and remain the same today, which means that the occurring events do not provide the AKP with votes, nor should they be expected to do so.

Fate in play for AKP

I would call it fate in play. No matter how strong a player you are, if fate decides to interfere with your game, you are helpless against it. Those debating the HDP’s legitimacy after the previous election have alone established the HDP’s legitimacy at the highest level. This to the HDP has been an unexpected but welcomed gift.

Can the chart deduced from your latest research change until the election?

I do not expect a major change. A single party government cannot be formed through this chart under normal circumstances. Despite how much of an effort is put in on focusing the public on the AKP, it is now impossible to do so. I am certain the government is aware of this and is currently seeking solutions.

What is the solution?

According to me, they should have agreed upon forming a coalition. I still believe that they will produce more excuses to delay the election in order to come up with different approaches. However, it is my belief that none of them will give them the results they seek.

So you would have no advice for the AKP if you were to be an advisory to the AKP?

I am happy that I am not an advisory to the AKP. I truly have no advice for the AKP to do or avoid doing as so to increase their votes. The AKP appears to have terminated its political lifetime.

What about Abdullah Gül? Wouldn’t the chart change if he were to step in?

It would. Findings show that Gül’s stepping in would establish the AKP as a single party government.

There you go, you have a solution. Looks as though the AKP is not so desperate after all.

As of this day I do not believe that Mr. Tayyip would, in any way, accept Gül. With this being as it is, Gül is no longer an option.

Are you expecting a drastic drop in AKP votes?

No. My opinion is that there will not be any more drops in the AKP’s votes. The AKP’s solid base is comprised of 38-40 percent of the votes. Only a harsh economic crisis would bring that down.

There are polls that show the AKP’s votes below 40.

Those are manipulations that will have no negative effect on AKP voters.

Is November 1 a good date for the AKP?

Yes. It is good date in the aspect of lessening awareness of the negative course the economy is taking. However, it should not be taken that much into consideration. I believe the public has done away with political precautions.

So the chart will not change then?

The general view will not alter if the opposing party does not make major errors or if certain power focuses affiliated with certain opposing parties do not purposefully take action to alter the outcome of the result.

There is the matter of the national holiday on October 29 that lingers on November 1. Could this have been taken into consideration in determining November 1 as the election date?

It could be a trap as it is a well-known fact that the mind-set of vacationing is closely associated with CHP voters.

Would President Erdoğan’s appearance in rallies gain or lose votes for the AKP?

The AKP’s voting strength relies on Erdoğan’s reputation and perception in the public conception. While Erdoğan’s duty consent was 45.6 percent in November 2014, it has retracted to 38.5 percent today. Looking at the level of popularity of the leader, the 51.4percent Erdoğan sympathy in August 2014 has retracted to 40.5 percent.

Could Erdoğan leave the election process in the hands of Davutoğlu?

He would not do so because Davutoğlu is not capable of the skills and competence to see this election through.

Analysis: Why Turkey’s AKP failed to make a comeback in polls

by Hurriyet time to read: 8 min 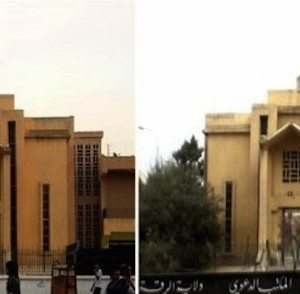 Magazine The ISIS Caliphate and the Churches 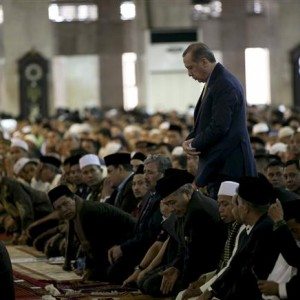 Culture & religions The transformation of Turkey’s state identity
0
wpDiscuz
0
0
Would love your thoughts, please comment.x
()
x
| Reply
We use cookies to ensure that we give you the best experience on our website. If you continue to use this site we will assume that you are happy with it.Ok