To paraphrase the medieval Spanish Jewish poet, physician and philosopher Yehuda Halevy, it can be said that the long-standing motto of the Zionist movement was “We are in the East, and our heart is at the edge of the West,” the opposite of what Halevy wrote. But if we were to try to paraphrase a motto that would sum up the perspective of the Gulf rulers regarding the “peace” signed with Israel in Washington, would it not be “The tribulations of the Arab world are bound up with Iran and we pin our hopes on the White House,” also paraphrasing Halevy?

Prime Minister Benjamin Netanyahu’s “peace” stands on three pillars: bullshit, unpaid leave and, above all, trying to escape justice. Many things can about the deceptiveness of the man who heads Israel’s government, but let’s not forget that deceptiveness is far from stupidity. As in the manner of tyrants who are expert at manipulation, Netanyahu has seen to it to surround himself with an entire network of wormlike sycophants who slowly crawl to any available microphone on behalf of his every whim. That’s how he presents himself to his followers of various kinds, as someone who is the indispensable one and only.

To study the nonsensical nature of Netanyahu’s rhetoric about regional peace, it is wise to return to the source, to his original habitat and to the doctrine of his father. In the view of the late Benzion Netanyahu, Zionism was not supposed to integrate into the region. “This is a movement living on the edge of the East, but it is always facing west,” he told Haaretz in a 1998 interview. Not only that but, “We have to understand that there is a deep cultural contradiction between ourselves and the Arabs.”

The younger Netanyahu has never freed himself from his father’s fetters and never abandoned his father’s views. The prime minister saw to it to mention at a gathering of European leaders, hosted in Budapest by his similar-minded Hungarian counterpart, that “Israel is a bastion of European and Western values in the heart of a very, very dark area,” according to a recording that was leaked to the media.

Searching for peace over the heads of the Palestinians is a fundamental principle of Revisionist Zionist thinking. “Consent to Zionism needs to be received not from the Arabs of the Land of Israel, since such a thing is impossible, but rather from the other parts of the Arab world,” the Zionist Revisionist leader Ze’ev Jabotinsky wrote in his essay “The Iron Wall.”

The concept of “a people without a land for a land without a people,” which was common in many Zionist circles, came crashing to the ground in the face of the reality in the country back in the early days of Zionism and has continued to be shattered on a daily basis up to now. It is an irony of fate that Balfour Street in Jerusalem – the location of the official residence of the man who has been charged with bribery, fraud and breach of trust, in which he has barricaded himself, a street named for the man of the eponymous declaration – is adjacent to a street named for a city whose air, land and sea access Israel has closed.

So both Balfour Street and Gaza Road are symbolic reminders of the roots of the conflict that cannot be bypassed by playing peace tricks with the Arab world. “Even if such a thing were possible,” as Jabotinsky wrote in his essay, “even then, it wouldn’t fundamentally change the situation: In the Land of Israel itself, the attitude of the Arabs to us would remain what it was.”

While the prime minister, who is a prisoner in a closed ward at the Balfour residence, begins to calculate the end of his time at the helm, he is certainly also beginning to think about the legacy that he will leave behind. As a result, he is resorting to tricks.

Through these ruses, he wages war not only against Iran but also against the pandemic to establish a national unity government and to remain in his fortified Balfour Street home. He also resorts to tricks to make a “peace” that will be credited to him. That will certainly be the case when the day comes for leniency at his sentencing hearing, and it is approaching.

From the perspective of the defendant, the ends justify the means.

The Pillars of Netanyahu’s ‘Peace’ 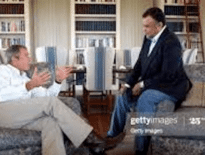 Headlines Bandar speaks out: the changing landscape in the … 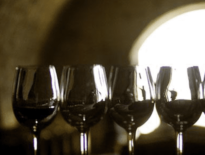