Trending
You are at:Home»Categories»Headlines»The Dynamic between Hezbollah and the LAF is case-by-case, interest-based deconfliction
By Brig. Gen. Maroun Hitti on 10 June 2020 Headlines

On June 4, The Washington Institute held a virtual Policy Forum with Maroun Hitti, Jessica Obeid, and Sami Nader. Hitti served until recently as special defense and military advisor to the president of Lebanon’s Council of Ministers.  The following is a rapporteur’s summary of Maroun Hitti’s remarks.

The current financial crisis has had a terrible impact on the quality of life for the average soldier in the Lebanese Armed Forces.

Although today’s situation differs from that faced by the LAF in the mid-1980s, history could repeat itself if the current crisis is not properly addressed. When their purchasing power dramatically declined during the Lebanese civil war, soldiers asked for more leave because they had families to feed.

The LAF is both a national force and a sample of Lebanese society. Its commander-in-chief has stated that the LAF will protect those demonstrating against various issues while at the same time ensuring that other citizens have freedom of movement and expression. The force has thus far been able to maintain a balanced approach. The dynamic between Hezbollah and the LAF is best described as a Hezbollah and the LAF is case-by-case, interest-based deconfliction. It is neither coordination nor cooperation.

It cannot be stated enough how far the LAF has come as a national security institution and as an international partner for other armies. Since 2005, successive generations of LAF leadership have grown more confident, emboldened by the idea that the LAF can play the main role in Lebanon’s national security. Today is a turning point that marks a shift from acquisition and force buildup to sustainment and force consolidation.

The United States and other donor partners must maintain their current levels of military assistance to the LAF. U.S. officials have been raising serious questions about the scale of that funding, but leaving a void in assistance to the LAF would be perceived as a defeat for Lebanon. The United States has never officially placed conditions on providing these funds to Lebanon.

The Dynamic between Hezbollah and the LAF is case-by-case, interest-based deconfliction 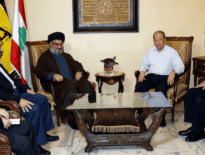 Headlines Destroying Lebanon to Save It 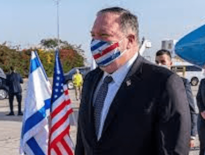 Headlines Israel-China Relations: Staring Into the Abyss of …
0
wpDiscuz
0
0
Would love your thoughts, please comment.x
()
x
| Reply
We use cookies to ensure that we give you the best experience on our website. If you continue to use this site we will assume that you are happy with it.Ok