Trending
You are at:Home»Categories»Headlines»Pope Francis Rejects Proposal to Allow Married Priests in Remote Areas
By NYT on 12 February 2020 Headlines

Francis’ decision, in a papal letter with the power of church teaching that was made public by the Vatican on Wednesday, surprised many given his openness to questions of priestly celibacy in “far-flung places” and his oft expressed desire for a more collegial and less bureaucratic church.

The pope’s supporters had hoped for revolutionary change. But the decision, coming seven years into his papacy, raised the question of whether Francis’ promotion of discussing once-taboo issues is resulting in a pontificate that is largely talk.

His closest advisers have already acknowledged that the pope’s impact has waned on the global stage, especially on core issues like immigration and the environment. His legacy, they have said, will ultimately reside inside the church where his authority is absolute.

The pope’s refusal to allow married priests was likely to delight conservatives, many of whom have come to see Francis and his emphasis on a more pastoral and inclusive church as a grave threat to the rules, orthodoxy and traditions of the faith.

The recommendation to allow married priests in remote areas was approved by more than two-thirds of the bishops who attended a summit on the issue in October. The proposal set off a vigorous debate within the church.

Progressives said it was high time the church recognized reality and the demands of the faithful; conservatives called it a threat to the priesthood, and warned that married priests would follow everywhere, including in the heart of Europe. Even the pope’s predecessor, Benedict XVI, put a finger on the scale, arguing for priestly celibacy.

Despite the expectations, Francis backed off.

Writing that “a specific and courageous response is required of the Church,” Francis argued that access to the sacraments need to be increased in “the remotest” places, but that a “priest alone” can celebrate communion or absolve sins. 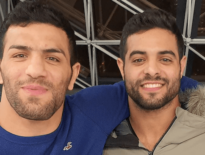 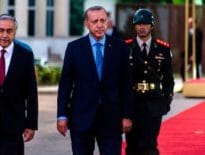 Features Referendum-like vote in North Cyprus
0
wpDiscuz
We use cookies to ensure that we give you the best experience on our website. If you continue to use this site we will assume that you are happy with it.Ok