Cycling might have done better by following how Major League Baseball documents its steroid era, in letting history stand, but with asterisks, says Dr. Roger Pielke, Jr. in an interview with Play the Game about his new book ‘The Edge’.

Professor Roger Pielke, Jr. is out with a new book entitled ‘The Edge. The War against Cheating and Corruption in the Cutthroat World of Elite Sports’. This is a book about various battlegrounds in modern sport where rules are broken and difficult to enforce. The title of the book refers to the discussion of what is deemed acceptable in sports and what is not.

The five battlegrounds that the American university professor living in Boulder, Colorado has identified and discusses in the book are: amateurism in the NCAA (National Collegiate Athletic Association), match-fixing, doping, the use of technology to get stronger or faster and sex testing.

“These issues certainly have regional and sport differences in importance and how they are valued. For instance, for most of the world, the issue of amateurism in elite sport was fought over and settled a generation ago. However, in US college sport, amateurism remains at the centre of debate. Match-fixing is a big deal in cricket and in some football leagues, but it is not much of concern in the most popular professional sports,” Pielke tells Play the Game.

“Context matters immensely when taking on these various issues,” he continues.

Central to the discussions throughout the book’s 330 pages is what Pielke, that has become a well-known and critical voice in international discussions on sports politics, labels as ‘wicked problems’.

Pielke’s journey from idea to publishing a book on sport’s wicked problems started when he used examples from the world of sports in his university lectures on the roles of science in decision making and other topics. Illustrating complex dilemmas with examples from sports became popular with his students and it helped dry subjects become more alive, according to Pielke. 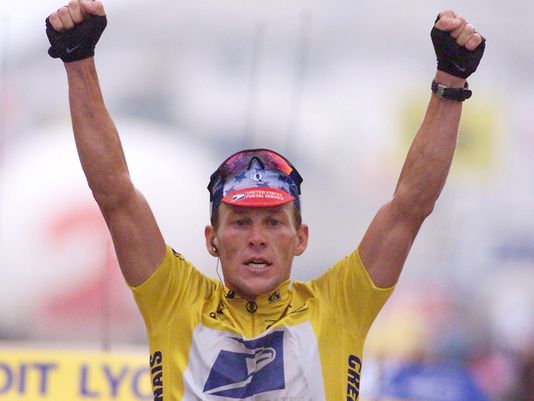 ‘Dopers and regulators are locked in a dance’
Pielke is now the head of the new Sports Governance Center at the University of Colorado in Boulder, CO and he is very committed to engaging his students in discussions on problematic sides of sports and wants them to take active part in his lectures and to talk directly to the stakeholders in sports. In February/March this year, in his introduction course to sports governance, he, for instance, invited Travis Tygart and Lance Armstrong to discuss issues of doping with his students of sports governance.

Lance Armstrong has previously labelled the US Anti-Doping Agency (USADA) “one of the most ineffective and inefficient organizations in the world” and has accused Travis Tygart, the head of USADA, for hunting him just to get a story. The story of Lance Armstrong also plays an important part in ‘The Edge’, and it seems that the former cycling superstar welcomes Pielke’s discussions of grey zones in sports.

When asked how Travis Tygart and Lance Armstrong fit into the discussions of ‘wicked problems’, Pielke answers:

“Athletes who dope and the regulators who try to deter doping are locked in a dance together. It is easy to think of them as good guys and bad guys, but the morality tale in sport is far more complex than that. Sometimes, as we’ve seen in advance of the Olympics, some regulators are bad guys too. Sometimes, as we saw with the controversy over TUEs and Meldonium, athletes who take prohibited substances may not be cheaters after all. Such complexity helps make doping a wicked problem.”

Maybe surprisingly to many, Pielke does not follow those who called for erasing Lance Armstrong from all result lists of Tour de France due to doping.

“During the EPO era in cycling, the number of doping cyclists comprised most of the peloton. It seems odd to erase one man from the record books and leave many others known to have doped. Cycling might have done better by following how Major League Baseball documents its steroid era, in letting history stand, but with asterisks.”

Further, Pielke does not think that Lance Armstrong is the biggest cheat ever, as some journalists and cycling enthusiasts have claimed:

“This is a great pub debate question, but there really is no right answer. Armstrong is among the most famous athletes caught cheating, but he is far from alone, in his own sport and across sport,” he says.

Banning Russia was “ad hoc and uneven”
Pielke is an active user of Twitter and participates actively in Twitter discussions, also when it comes to topics covered in his book. Since joining Twitter in 2012 he has tweeted more than 31.000 times.

This summer he engaged heavily in the debate on Russian doping and the call for collective suspension of the Russian team from the Rio Olympics. He was not happy about banning Russia based on what he called a one-man report (the McLaren-report) and he was critical toward a collective ban on Russia.

“There are several issues here. One is that it was unfair to sport (as well as Richard McLaren) to ask one individual, no matter how distinguished, to take on all responsibility for investigating what might be the worst case of state-sponsored cheating since the 1980s. The issue deserved a more robust investigation. Another issue is that the WADA Code is essentially silent on sanctions on sporting bodies (both national and international) when they are found cheating. Thus, the approach to ‘banning’ Russia from the Olympics looked ad hoc and uneven because it was. WADA has made great progress in harmonizing anti-doping, but it remains a work in progress.”

In the debate on banning Russia from the Rio Olympics or not, Pielke met criticism from some, among them the German journalist Jens Weinreich, who is also well-known in the circles around Play the Game. Weinreich accused Pielke for engaging in a debate where he had done no research himself. How did he react to this?

Pielke started to study sports governance systematically in 2011 after he read about a sting operation by a London newspaper focusing on members of the FIFA in 2010. He had great admiration for the journalist’s job and wanted to learn more about the dark sides of FIFA. This opened his eyes to what he later called the wicked problems of sports and to the blog The Least Thing in 2011. In his blog he takes note of what he finds out and discover in the wicked world of sports, and, to some extent, his book ‘The Edge’ is a systematisation of things he has written in this blog.

But why write a book about wicked problems in sports?

“Sport is facing challenges across a number of seemingly unrelated battlegrounds. However, I see these areas to be reflective of a change in the values that we as a global society hold for sport. Those values used to be amateurism, purity, uncertainty and autonomy. Change is already well underway in some contexts, just getting started in others,” he says, and continues:

“Sport is moving toward a new set of values – professionalism, pragmatism, accountability and transparency. The future of sport depends in no small part on our ability to understand this transformation and adapt our practices to it. The book is an effort to clarify this large dynamic while focusing on specific areas of controversy and conflict,” he says.

Match-fixing is ‘ill-defined’
Not only on the issue of doping and questions of sanctions Pielke has a different view than some journalists and sports scholars. Also on the debate on match-fixing he has his own take.

In his book he says that athletes losing on purpose to get an easier way through to the final are not match-fixers. Declan Hill – one of the most profiled researchers and journalists on match-fixing – would probably disagree on this and define this as a kind of match-fixing. Why is Pielke right and the likes of Declan Hill wrong?

“One of the arguments I make in the book is that the notion of ‘match-fixing’ is ill-defined. I propose to address it under a framework of conflict of interest, rather than trying to evaluate human behaviour in competition. Athletes are just like other people in that they will respond to incentives. If a sprinter wants to run at less than 100% in qualifying, but fast enough to make the finals, that is not match-fixing, that is smart. The same goes for soccer teams or badminton players in a tournament setting. If you don’t like it, change the incentives. Labelling such behaviours as match-fixing renders the concept fairly useless in practice,” he says.

“Athletes cheat to gain an edge, over an opponent, over their own limitations, over history. Cheating is worse than gamesmanship or even cynical play. Cheating occurs when the rules that make sport possible are broken. Cheating thus threatens the very integrity of sport itself,” he continues.

Most outsiders to sport have in the past years agreed that the autonomy of sports has outplayed its role. The same goes for Pielke:

“I could write a book on this, but I limited my discussion to one chapter. Sports bodies, particularly international sports bodies, have largely been left to govern themselves. This worked for a long time when they were mostly gentlemen’s clubs with scarce resources.

“Today they are multinational corporations with global impact and, arguably, a public mission. FIFA offers the most visible, but hardly the only, example of what happens when autonomy trumps oversight and accountability. Sports bodies need to move their governance standards into the 20th century.”

In ‘The Edge’, Pielke also dedicates space to the role of technology in sports which he sees both as a solution and a source of new problems.

“Replay technology is a great example. It works well in tennis and on goal lines, but not so well in the NFL where no one knows what it means to “catch” a ball any more. Similarly, technology offers new possibilities for athletes to compete at elite levels, but also raises questions about what should be allowed. Laser eye surgery seems to be OK, but what about artificial legs?”

Wicked problems are unsolvable
For more than 20 years Pielke worked on policy making related to science and technology in areas such as space policy and climate change. Now, he has left the issue of climate change and energy policy in the belief that it is healthy for policy scholars to change subjects and dig into new issues after a while. He also feels that he has something to contribute with on the issues of sports governance.

With the experience both from research on climate change and sports governance it is tempting to ask which is most promising to solve: climate change or wicked problems in sport?

“That is a trick question, ha! You can’t solve a wicked problem, you can only do better or worse. In principle, we should be able to do better on issues related to sport because sports are simple, social constructions when compared to the entire global economy and environment. At the same time, sport is shaped by global forces as well. It is safe to say that if we as a global society cannot improve sports governance, then there is little hope for other areas!”

Roger Pielke, Jr. is a University of Colorado Boulder environmental studies professor, and untile recently a fellow of the Cooperative Institute for Research in Environmental Sciences (CIRES). He is also the founder of the CIRES Center for Science and Technology Policy Research, but in recent years he has focused more and more on sports governance. His increasing involvement in sports governance has led to the establishing of the Sports Governance Center within the department of athletics at CU Boulder, the first such center of its kind in the US.

Pielke, Jr. has written numerous books on science, politics and society, for instance ‘The Honest Broker: Making Sense of Science in Policy and Politics’ and the ‘The Climate Fix: What Scientists and Politicians Won’t Tell You About Global Warming’.