It is one of the great sporting images of our time and it comes from a fixed fight.

Muhammad Ali has shuffled off to the great boxing heaven in the sky.  He was a fighter who set the world alight with his skills, politics and charisma.  In the glowing hagiographies that will come out let us remember a few things about him.

First, Mohammad Ali could be a through jerk. Ali’s treatment one of the other great boxers of his era – Joe Frazier – was awful.  Frazier was a dignified, good man who had lent Ali money and support when Ali protested against the Vietnam War.   Ali responded by calling him an ‘Uncle Tom’ and a ‘gorilla’ (He also called him other names so distasteful that I will not repeat them).  It was ugly, racist, vile crap used to sell a fight.

Second, Sonny Liston, Ali’s opponent who is gazing up at him in the famous photo, had a long, sordid relationship with the mob.    The story that circles around that fight is that Liston was told to take a dive in the first round by his mafia connections.  Ali is furious and as he stands over Liston, he is screaming for him to get up and keep fighting.  That anger is what the photographer has captured, not Ali’s triumph.

Liston was not the only prominent boxer who worked for the mafia.   There is a massive  graveyard full of fighters who used their muscle to help organized crime scumbags.   Even in the first Rocky film its central character is working as a debt collector for the neighbourhood mobster.

Three,  there is one man that Ali never fought would could possibly – I repeat possibly – have beaten Ali at his prime.  Teofilo Stevenson the extraordinary Cuban heavyweight who won three Olympic Gold medals.  Hang around the Cuban boxing scene and it does not take long for Stevenson’s name to come up.  He is a legend.   He was offered $5 million-dollars to fight Ali in 1976 in what would have been a massive ‘communism vs. capitalism fight’.  The Cubans claim that the Americans were too afraid to arrange the fight.  The story that the Americans tell is that Stevenson turned down the offer saying, ‘What is million-of-dollars compared to the love of millions of Cubans?’

However, when all of Ali’s career is added up – the protests against racism, the opposition to the Vietnam War and those wonderful, thrilling, glorious fights against Foreman and Frazier – he is one of the greats and he will be missed.  May he rest in peace.

Muhammad Ali: the Fix and One of the Greats 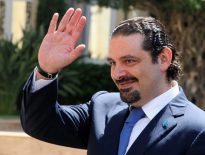 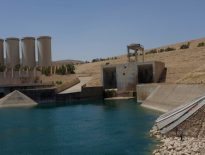 Headlines There’s No Rush to Save the World’s Most Dange…
0
wpDiscuz
0
0
Would love your thoughts, please comment.x
()
x
| Reply
We use cookies to ensure that we give you the best experience on our website. If you continue to use this site we will assume that you are happy with it.Ok