Reflections on Israeli independence day, the Nakba and how the thugs of tribal and religious nationalism from both peoples are tightly grasping the fabric of the land

Three reflections on independence and the Nakba:

1. Despite the fierce opposition to Israelization by Arab politicians of all stripes in Israel, for some reason the Palestinian citizens of the country actually behave like the ultimate Israelis. Their Israeliness is so deeply rooted that they mark Nakba Day according to the Jewish calendar, on the 5th of the month of Iyar – Israel’s Independence Day.

And lo and behold, when Independence Day is moved up a day at the request of the Chief Rabbinate over fear of a mass desecration of Shabbat, the Israeli Palestinians also move up their Nakba Day commemoration, as if they and the Rabbinate were Siamese twins.

Maybe they do this because they’re afraid that it will dissociate them from Israel’s Independence Day, or maybe according to the saying attributed to the Prophet Mohammed: “Among all the nations of the world, you are the most like the children of Israel. You follow them step after step.”

2. All those accused of criminal acts – murderers, rapists, robbers or any other criminals – will always claim they are innocent, usually with the aid of experienced lawyers, in the hope that this will earn them points on the day their verdict is handed down and they ask for a lighter sentence. In many cases, even after the criminal is thrown in prison, he continues to claim his innocence, to search for more witnesses, to offer more evidence and ask for a retrial. He can be an ordinary citizen or a public figure, a Knesset member or prime minister.

The common Zionist is no different in this aspect. By virtue of his Zionist essence and his being here, he will always claim his innocence in causing the Nakba for the Palestinians. He will not recognize reality because the Nakba is a lie and because there is nothing because there was nothing. Four years ago, Moshe Arens tried to repel any attempt or even any hint of recognizing the disaster that befell on the Arab residents of the land with the establishment of the “Jewish” state. (“The Nakba – Perpetuating a Lie,” Haaretz, May 19, 2014)

3. On the Palestinian side too, we cannot expect an Arab to question the actions of his “leaders,” who have led him to this point. He, too, will not recognize the situation created here. It is no coincidence that there are no new Arab or Palestinian historians. For them to arise, Arab society needs to have a democratic substructure of free thought, with mechanisms for self-criticism.

An intellectual infrastructure for conducting self-examination does not exist in Arab culture. From the point of view of Arab rulers and tribal leaders, the implications of self-criticism are far-reaching. They could very well bring about the end of their tribal hegemony, allowing other tribes or ethnic groups to rise up in their stead. These would replace them, take control of the reins of power and fill their own pockets and those of their friends with coin. This is the way it has been since time immemorial, and this is still the way it is to this very day.

And this is how we all have reached this point. The thugs of tribal and religious nationalism from both peoples are tightly grasping the fabric of the land. One says, “It’s all mine,” the other says the same thing, and they cannot find a way to divide it. And the land drinks its fill of blood, sweat and tears over the years.

It seems that this good land is sick and tired of both of them.
*

How We All Got Here 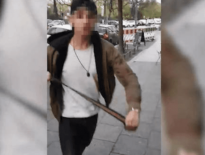 Headlines ‘Kippah march’ to be held in Berlin to… 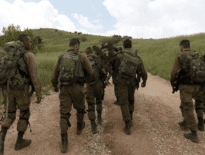 Headlines The Real Next War in Syria: Iran vs. Israel
0
wpDiscuz
0
0
Would love your thoughts, please comment.x
()
x
| Reply
We use cookies to ensure that we give you the best experience on our website. If you continue to use this site we will assume that you are happy with it.Ok