Trending
You are at:Home»Categories»Features»How Pakistan wound up on the same side as Iran in the Syria conflict.
By The Diplomat on 31 August 2016 Features

Pakistan’s Role in the Syria Conflict

On May 2, 2016, the Iranian government passed a law allowing families of deceased foreign Iranian Revolutionary Guard fighters to gain Iranian citizenship. Iran’s new citizenship legislation applies chiefly to relatives of Afghans and dissident Iraqis who fought for Iran against Saddam Hussein’s regime during the 1980-1988 Iran-Iraq War. However, the law has also been extended to include foreign volunteers assisting Iran’s anti-Islamic State (ISIS) campaign in Syria.

Pakistanis are likely to be a major beneficiary of Iran’s new citizenship legislation. Since the start of the Syrian civil war in 2011, the Iranian Revolutionary Guard has recruited Pakistani volunteers to participate in its pro-Assad military campaign in Syria. Meanwhile, the Pakistani government has maintained a strong alliance with embattled Syrian President Bashar al-Assad. The strength of the Islamabad-Damascus alliance is counter-intuitive;Pakistan is a Sunni majority country and a close ally of Saudi Arabia, which has repeatedly called for Assad’s overthrow.

Pakistan’s ongoing loyalty to Baathist Syria can be explained by historical legacies, and Islamabad’s disdain for Western interference in Syria’s internal politics. However, Pakistan’s support for Assad comes with considerable risks. The Pakistani government’s alliance with a Shiite Syrian regime could inflame sectarian tensions within Pakistan and cause Saudi Arabia to distance itself from Islamabad in favor of closer ties with India.

Even though air force cooperation between Pakistan and Syria already began during the 1960s, the Islamabad-Damascus partnership has been defined by the strong alliance between the Assad and Bhutto families. During the 1970s, Syrian President Hafez al-Assad forged a close relationship with his Pakistani counterpart, Zulfikar Ali Bhutto. This friendship caused Assad to become the first Syrian head of state to visit Pakistan during the 1974 Organization of Islamic Cooperation summit in Lahore.

Even though Syria and Pakistan normalized relations in 1987, Hafez al-Assad strongly supported Benazir Bhutto during the 1988 Pakistani presidential election campaign. Assad was convinced that Bhutto’s victory would strengthen Pakistan’s relationship with Syria’s principal international ally, the Soviet Union. Assad also believed that Bhutto advocated left-wing principles that resembled those of the Syrian Baath Party. The alliance between the Assad and Bhutto families was revived in 2008, as Bashar al-Assad and Benazir Bhutto’s husband, Asif Ali Zardari, expanded Pakistan-Syria cooperation in the economic and security spheres.

Even though Nawaz Sharif replaced Zardari as prime minister of Pakistan in 2013, Islamabad’s commitment to Assad’s survival has not wavered. Pakistan’s pro-Assad stance has corresponded closely with Islamabad’s anti-Western foreign policy tilt. Pakistan has condemned the United States’ willingness to violate Syria’s sovereignty. Sharif’s government also echoed Russia’s calls for peace talks that include all major political factions in Syria.

After the Syrian military’s alleged use of chemical weapons in 2013, Pakistan strongly opposed a potential U.S.-led military intervention in Syria to remove Assad. The Pakistani government argued that Assad’s fall would make Syria a terminal failed state. Pakistan’s emphasis on maintaining the status quo in Syria has strengthened its relationships with Russia and China, the leaders of the pro-Assad bloc in the United Nations (UN).

Pakistan has also criticized international sanctions against the Syrian government. The Syrian economy’s collapse has disrupted trade links between Damascus and Islamabad. Before the Syrian civil war’s outbreak, Pakistan regularly sold large quantities of wheat and cotton to Syria in exchange for subsidized Syrian crude oil. Pakistan hopes to revive these economic deals by ensuring that a negotiated solution to end the Syrian conflict is implemented on Assad’s terms.

Pakistan’s pro-Assad stance has reaffirmed Islamabad’s importance as an arbiter in Middle East conflicts. However, the Pakistani government’s Syria policy is accompanied by many risks. There are two main reasons why Nawaz Sharif’s handling of the Syrian crisis could destabilize Pakistan.

First, Pakistan’s support for Assad could exacerbate sectarian tensions between Shiites and Sunnis in Pakistan. Pakistani Shiite military volunteers have joined the Iranian Revolutionary Guard in Syria, under the umbrella of the Zeinabiyoun unit. Supporters of Islamabad’s Syria campaign argue that these recruitments will help unite Pakistan, as they give Pakistan’s historically marginalized Shiite minority a rare opportunity to participate in politics.

Iran’s recruitment of military volunteers from Pakistan has also boosted the economic prospects of some Pakistani Shiites. Iranian recruiters offer Pakistani Shiite men aged 18-35 a monthly salary of 120,000 Pakistani rupees ($1,100). Iran has also offered to pay for the education of the children of Pakistani soldiers killed in Syria and has agreed to fund annual pilgrimage trips to Iran, Iraq, and Syria for the families of fallen soldiers.

Many Sunnis view Sharif’s alignment with Assad as blatant pandering to Pakistani Shiites. Some members of Pakistan’s Wahhabi community have turned to Islamic extremism, and the Pakistani Taliban has sent militants to join the fight against Assad in Syria. To prevent unrest amongst the Wahhabi community, Pakistani officials have insisted that Pakistan’s cooperation with Iran in Syria has not jeopardized Islamabad’s alliances with Saudi Arabia and other Sunni Arab states.

To demonstrate the limits of the Pakistan-Iran partnership, the Pakistani government remained neutral during the January 2016 Riyadh-Tehran diplomatic standoff.  However, this neutral stance did not appease Wahhabi community leaders in Pakistan. Pakistani Wahhabis wanted Sharif to unconditionally support Saudi Arabia and condemn the Iranian government for its alleged role in the attack on the Saudi embassy in Tehran. Dissatisfaction amongst Pakistani Wahhabis could increase ISIS recruitment in Pakistan and weaken the loyalty of Islamists in the Pakistani military to Sharif’s government.

Second, Sharif’s alliance with Assad could cause Saudi Arabia to rebalance its foreign policy in a way that threatens Pakistan’s internal stability and vital interests. Many Saudi officials views Pakistan’s refusal to contribute troops to Riyadh’s air war in Yemen, while supporting Iran’s objectives in Syria, as a betrayal of a long-standing alliance. Pakistan’s refusal to contribute ground troops to Saudi Arabia’s 34- nation Islamic military alliance or participate in the U.S.-led anti-ISIS campaign have further entrenched Riyadh’s negative perceptions of Pakistan’s involvement in Middle East affairs.

However, Saudi Arabia’s discontent with Pakistan’s Syria policy is unlikely to result in a suspension of the long-standing Riyadh-Islamabad security partnership. Pakistan has been a major manufacturer and exporter of arms to Saudi Arabia for decades. Many analysts also believe that Pakistan would sell nuclear weapons to Saudi Arabia if Iran were to violate the terms of the nuclear deal.

Even though Saudi Arabia still wants to maintain a diplomatic partnership with Pakistan, tensions over Syria have caused Riyadh to look for alternative trade and security partners in South Asia. In recent months, Saudi Arabia has strengthened its security links with India. Saudi officials believe that India is a rapidly developing country that can help Riyadh contain Iran’s increasingly assertive foreign policy.

A deepening Saudi Arabia-Pakistan rift could cause Riyadh to pressure Pakistan to suspend military activities that India believes are contributing to terrorism. If Sharif complies with Saudi pressure to accommodate India’s interests, the risk of a military coup in Pakistan could increase considerably.

To appease Saudi Arabia, Pakistan has downplayed its support for Assad by maintaining an official stance of “strict neutrality” in the Syrian conflict. As Pakistan’s military cooperation with Iran in Syria has grown dramatically in recent months, Saudi diplomats have become increasingly skeptical of Islamabad’s neutrality pledge. Unless Saudi Arabia’s relationships with Russia and Iran drastically improve, Sharif might be forced to soften his pro-Assad stance to ensure the survival of his government.

Pakistan’s pro-Assad stance in the Syrian civil war is Islamabad’s most extensive foray into a Middle East conflict in modern times. So far, Pakistan’s intervention in Syria has had mixed results. Sharif’s support for the Assad regime has strengthened Islamabad’s alliances with Iran and Russia. Yet these diplomatic gains have countered by stronger Saudi Arabia-India ties and the rising tide of Sunni Islamic extremism in Pakistan. Therefore, Nawaz Sharif faces an uphill struggle to ensure that holding his ground in Syria does not cause Pakistan to spiral downwards toward political instability and Sunni extremist violence.

Samuel Ramani is a DPhil Candidate in International Relations at St. Antony’s College, University of Oxford. He is also a journalist who contributes regularly to the Washington Post and Huffington Post. He can be followed on Twitter at samramani2 and on Facebook at Samuel Ramani.

How Pakistan wound up on the same side as Iran in the Syria conflict.

by The Diplomat time to read: 6 min 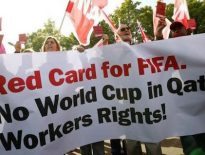 International Sports 60 Minutes Sport, the Qataris & the Tobacco I… 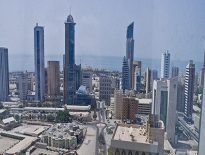 International Sports Kuwait dissolves Olympic Committee and National Fo…
0
wpDiscuz
0
0
Would love your thoughts, please comment.x
()
x
| Reply
We use cookies to ensure that we give you the best experience on our website. If you continue to use this site we will assume that you are happy with it.Ok