Trending
You are at:Home»Categories»Headlines»How Israel Can Deter Iran
By Benny Morris on 19 August 2019 Headlines

if Iran’s proxies forced Israel into an all-out war, for any reason,  Israel (should) respond immediately and forcefully against Tehran, Isfahan, Shiraz, Bushehr, Natanz, Qom and Iran’s other population centers and strategic targets.

Hezbollah is said to have 130,000 rockets that could reach all of Israel, with Hamas possessing thousands of rockets that could cover southern and central Israel, including the Tel Aviv area. It is also said that, if war broke out, Israel could find itself fighting on two fronts, possibly even a third, the Golan Heights, where it would face an Iranian force made up of Revolutionary Guards and militias under Tehran’s control.

And in the next war, thousands of rockets would land on Israeli population centers, and on strategic assets including the Haifa Bay industrial complex, power stations on the Mediterranean coast, ammonia tanks and airports and who knows what else, not to mention military bases, including air bases. Such a barrage could seriously disrupt air force operations and possibly also the mobilization assembly points and armored columns, which at that point should be racing toward Beirut, the Syrian section of the Golan Heights and Gaza.

Israel’s anti-rocket capabilities, which include many Iron Dome batteries and a large supply of Arrow missiles, wouldn’t provide sufficient defense for the country’s cities and factories against such an onslaught. All this would happen on Iran’s orders, the moment Tehran decided that the conditions were right, perhaps in the not-so-distant future in a regional conflict or something that relates more directly to Israel and its efforts to prevent the spread of Iranian power around us.

The Israeli media says little about the chaos that would ensue for weeks or even months, even if the country’s road, train, electricity, water, sewage and natural gas infrastructure continued to function at some basic level, and even if the army pressed all the way to Beirut and Gaza’s cities and somehow routed Hezbollah and Hamas after fighting that exacted a heavy casualty toll and wreaked massive destruction.

But there may be a way to avert this scenario with one simple and blunt statement. The Israeli government should declare tomorrow, immediately, publicly and unequivocally, that if Iran’s proxies forced Israel into an all-out war, for any reason, with a massive rocket barrage, Israel would respond immediately and forcefully against Tehran, Isfahan, Shiraz, Bushehr, Natanz, Qom and Iran’s other population centers and strategic targets.

Iran would know that such a clear and powerful public statement would compel every Israeli government – regardless of who’s prime minister – to act on it (lest Israel be seen as a paper tiger and lose all its deterrent capability). Also, Iran would understand that it would pay dearly for an assault on Israel by its proxies. The fear of such a massive Israeli reprisal – hundreds of missiles and bombs on Iran’s cities and strategic assets for weeks – would make Iran’s leaders think very carefully about whether they should dispatch Hezbollah and Hamas and their proxies in Syria on any adventures.

So far, Iran has enjoyed immunity from attacks on its soil, with Israeli governments opting to respond to rockets from Lebanon and Gaza with (limited) strikes against targets in Lebanon, Gaza and Syria. This was a mistake that left Israel under a constant threat in the north and south, and led to a balance of deterrence – a balance that Tehran could nullify whenever it chose.

A clear and public announcement by Israel would probably deter Tehran from embarking on such an adventure. Critics would say: In response to an Israeli counterattack on Iran, Tehran would launch missiles on Israeli and possibly American targets in the Gulf – and in Iraq and Syria too. Maybe, but Israel’s ability to strike Iran is much greater than Iran’s ability to strike Israel, and that’s without considering Israel’s nonconventional capabilities. Israel’s anti-ballistic capabilities would probably neutralize the bulk of the missiles from Iran (which has a limited capability at the necessary range).

Nor does Iran have an air force that could come near Israel in any significant way. The regime of the ayatollahs, whose headquarters, factories and military would be bombed, would probably not be able to withstand such a contest for long, especially considering the regime’s unpopularity with everyday Iranians, which would certainly grow if the country’s major cities and factories were assaulted. And in such a conflict, there is no reason to believe that Tehran would wish to add the United States as an active combatant against it.

Thus, I believe that, using a simple declaration of just one sentence, the specter of an all-out offensive against Israel by Iran’s proxies and emissaries can be neutralized.

Would Hezbollah and Hamas launch their rocket arsenal at Israel without an order or approval from Tehran and against its will? This is hard to believe, as they need Tehran’s political, financial and military support, and as well fear that Israel would destroy neighborhoods in Gaza and Lebanon. In any event, Israel must act as if the signal for an attack on it would be given by Tehran, and Tehran must understand that this is how Israel would act. This would certainly prod Iran to rein in the neighboring fundamentalist Islamic groups, even should Hezbollah and Hamas think of going to war independently.

Israel should issue its warning to Tehran very loudly and clearly, and the sooner the better. Perhaps this will spare us the terrible war that many analysts predict is approaching.

*Prof. Benny Morris, a historian, is the author of a number of books including “The Birth of the Palestinian Refugee Problem, 1947–1949.”

How Israel Can Deter Iran 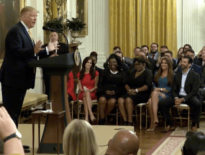 Headlines Online Tools Of Tyranny And Tools Of Revolution
0
wpDiscuz
0
0
Would love your thoughts, please comment.x
()
x
| Reply
We use cookies to ensure that we give you the best experience on our website. If you continue to use this site we will assume that you are happy with it.Ok