Trending
You are at:Home»Categories»Commentary»Why Does the Average Turk Love Erdoğan?
By Burak Bekdil on 10 December 2017 Commentary

EXECUTIVE SUMMARY: A quick glance at Turkey’s facts and figures helps to explain why the Turks love their leader, Recep Tayyip Erdoğan. There are striking parallels between the political sociology of the average Turkish voter and Erdoğan’s Islamist worldview. In a way, Erdoğan is what the average Turk sees when he looks in the mirror.

Since his Justice and Development Party (AKP) came to power in 2002, Turkish President Recep Tayyip Erdoğan has never lost an election, be it parliamentary, municipal, presidential, or a referendum. Countless theories, academic and otherwise, have tried to explain why he has remained unchallenged. Erdoğan’s opponents, Turkish and not, blame Erdoğan and his one-man rule for the visible Islamization of the once secular country. In their view, Erdoğan has taken a nation of 80 million souls hostage.

That is not true.

A quick glance at Turkey’s facts and figures should explain why. There are remarkable parallels between the political sociology of the average Turkish voter and Erdoğan’s Islamist worldview. It can be argued that Erdoğan is, in a way, what the average Turk sees when he looks in the mirror.

It is true that Erdoğan has won millions of votes through his impressive “mega projects,” including a huge mosque on an Istanbul hill; a third airport (one of the world’s biggest) for the city; roads, highways, and bridges elsewhere on Anatolian land; a third bridge over the Bosphorus; generous social transfers; and persistent economic growth (though Turkey looks more like a consumption-construction economy). But one must also consider the sociological profile of the voters.

The number of families receiving free coal from Erdoğan’s governments rose from 1.1 million in 2003 to 2.15 million in 2014. Is this good news or bad? The rapid rise in the number of poor families means poverty was spreading, which suggests that millions should be unhappy about Erdoğan’s governance. Apparently it works the other way around: Turks are happy because they receive free coal to heat their homes.

Turks seem to care more about free coal and other social transfers than about the embarrassing democratic credentials of their country. Turkey ranks 155thout of 180 countries surveyed on the Global Press Freedom Index. Nearly 200 journalists are in jail and more than 120 on the run abroad – but 60% of Turks say they believe media censorship can be legitimate.

According to a 2014 survey, 11.3% of Turks do not view ISIS as a terrorist organization. But in the past couple of years alone, ISIS has killed 304 people in 14 major attacks inside Turkey. Of course, death does not always come via machine guns or bombs. In the 10 years leading up to 2016, more than 43,000 Turks lost their lives in fatal road accidents.

The Turks have been living under emergency rule since July 2016, when a group of military officers staged an unsuccessful coup d’état against Erdoğan’s government. More than 50,000 people have been imprisoned since then, and 150,000 public employees have been removed from their positions. In the aftermath of the Sept. 12, 1980 military coup, the purge within Turkish academia was limited to 120 scholars – but more than 5,000 scholars were purged following the failed putsch of 2016. A top judge recently revealed that a total of 6.9 million Turks, or nearly 9% of the entire population, are under some kind of legal investigation.

But who is your average Turk, sociologically speaking? Seventy-four percent of Turks identify themselves as people who perform “all duties” of Islam. Ninety-four percent say they have never had holidays abroad, and 70% say they have never participated in any cultural or arts events. Seventy-four percent identify as either conservative or religiously conservative – which, among other reasons, explains Erdoğan’s popularity, especially among conservative Turks. It makes mathematical sense that Erdoğan, who does not hide his hatred of alcohol consumption for religious reasons, is popular in a country where 79% say they never consume alcohol (per capita alcohol consumption in Turkey is as low as 1.5 liters, compared, for example, to 12 liters in Austria).

But despite the country’s failings, happiness seems to be a Turkish word. In a 2015 survey, 56.6% of Turks said they were happy. In 2016, after thousands of terror victims, a near civil war, arbitrary rule by decree, poverty, tens of thousands of new prisoners, murder, attacks, and thousands of deaths by road accident, that number rose to 61.3%.

The Turks believe they have a wonderful leader who makes their country great again. Don’t disturb their conservative peace.

Burak Bekdil is an Ankara-based columnist. He regularly writes for the Gatestone Institute and Defense News and is a fellow at the Middle East Forum.

Why Does the Average Turk Love Erdoğan? 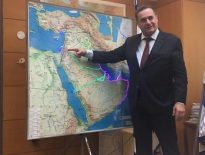 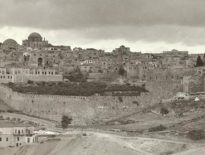 Headlines INTERVIEW: Palestinian author Raja Shehadeh on ‘…
0
wpDiscuz
0
0
Would love your thoughts, please comment.x
()
x
| Reply
We use cookies to ensure that we give you the best experience on our website. If you continue to use this site we will assume that you are happy with it.Ok