Two Christian women flee after a 2012 bombing of a Nigerian church by Boko Haram. (Credit: AP.)

In general, when communities experience hatred or persecution, enlightened people want them to speak out, knowing we need them to hold our feet to the fire. So why do some Christians hesitate to do precisely that about the global pattern of anti-Christian persecution, documented again this week in a new State Department report?

On Tuesday, the U.S. State Department released the first International Religious Freedom Report in the era of President Donald Trump and Secretary of State Rex Tillerson. It highlighted persecution and hatred against scores of religious minorities around the world, including Christians.

The report prompted me to reflect anew on why Christians sometimes seem hesitant to raise their voices about such atrocities. 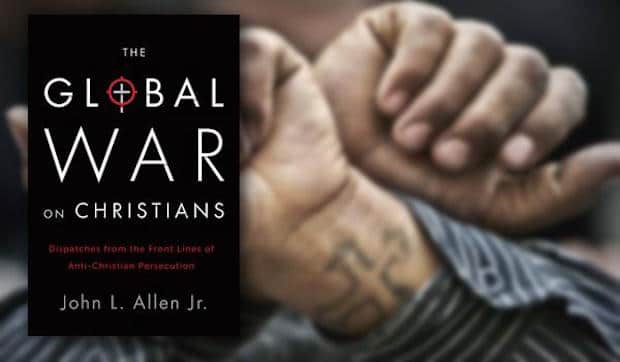 I’ve been writing and speaking about anti-Christian persecution for some time, including my 2013 book The Global War on Christians. One frequent question I get, more times than I can count, is this: “Why are you focusing only on Christians? Isn’t that narrow and confessional? Shouldn’t we be concerned about everybody?”

Such questions are born of the noble instinct that the Church shouldn’t be focused only on its own self-interest, but the welfare of all, and the answer is, of course we should be concerned about everybody.

However, there’s an important caveat.

Most Jews I know are strongly opposed to intolerance against anyone, but they feel a special, visceral reaction when it’s targeted against fellow Jews. Most Muslims I know don’t want anyone oppressed, but they’re especially galvanized by Islamophobia. Outside the bounds of religion, many women are especially concerned with misogyny and violation of women’s rights, many members of the LGBT community are especially vigilant about homophobia, and so on. 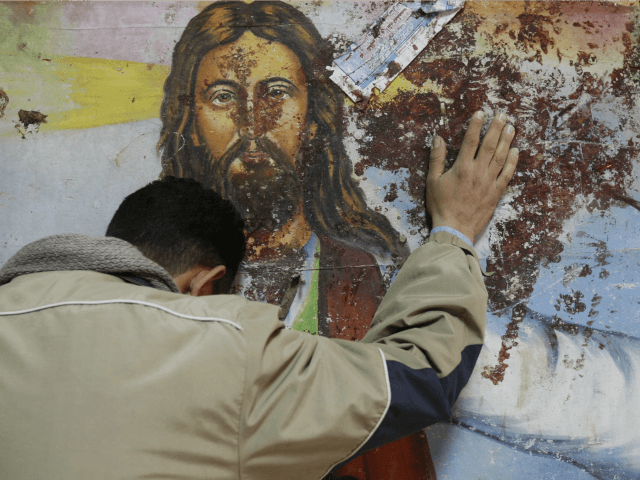 In all those cases, enlightened people not only understand the reaction, we applaud it. We encourage members of those communities to speak out, we want to hear what they have to say, and we know we need them to hold our feet to the fire.

To take another example, Americans of all stripes have been horrified by the racial ugliness we saw in Charlottesville last weekend, and Christian leaders have been on the front lines of denouncing it, including strong statements from both the leadership of the United States Conference of Catholic Bishops and multiple bishops individually. While rhetoric alone won’t solve the problem, many Catholics felt pride in seeing their leaders rise to the occasion.

So why should it be different when it comes to anti-Christian persecution? (Notably, so far there has been no statement from the bishops’ conference about the new report, which, once again, documents a worldwide pattern of savagery against Christians as well as other religious minorities.)

You certainly can’t make the argument that Christians don’t have it as bad. Globally speaking, Christians are the most oppressed religious community on the planet. Conventional estimates are that 200 million Christians live every day with the threat of physical harassment, arrest, torture, and even death, simply for their religious beliefs.

I’ve spent time with illiterate, impoverished Christian women in India, whose husbands were slaughtered in the most grotesque fashion imaginable by Hindu radicals. I’ve been face-to-face with Nigerian Christians whose families have been ripped apart by Boko Haram militants, including one badly injured woman who lost her husband and three of her five children in a Christmas Day bombing.

I’ve passed time with Egyptian Christians who were kidnapped, brutalized and humiliated by Islamic radicals, including a Coptic doctor who was taken into the desert for months and repeatedly whipped for refusing to accept Islam. I’ve spoken with Christians in Colombia who were menaced, kidnapped and injured by para-military forces of both left and right during a long-running civil war, including a Catholic bishop who had to cut our interview short because he couldn’t stop sobbing.

In other parts of the world, I’ve met victims who’ve experienced persecution at the hands of a staggering variety of other actors – including, alas, sometimes fellow Christians.

It’s not acceptable to say these people don’t need attention because Christianity is wealthy, powerful, and privileged. Whether that’s true or not in some places, it definitely doesn’t apply to the people I’ve met, who are generally poor, forgotten, and defenseless.

It also doesn’t cut it to say that Christians shouldn’t complain because they’ve been guilty of abuses themselves, such as the Crusades or the Inquisition. Whatever one makes of those chapters of history, what does the impoverished and grieving mother I met in Nigeria have to do with any of it?

Finally, it’s disingenuous to assert that anti-Christian persecution is nothing more than a right-wing wedge issue, designed to provide cover for controversial positions in the West’s wars of culture. Think what you want on those matters, but I promise you, the vast majority of suffering Christians in this world don’t even know those wars are going on.

Are Christians the only ones at risk? Of course not. To be credible, does a Christian witness in defense of religious freedom have to apply across the board, without exception? Again, of course.

But should it be acceptable for Christians to feel a special, gut-level empathy for other Christians, because their faith says they’re fellow members of the Body of Christ? Once more, of course.

In 1 Corinthians, St. Paul wrote, “If one part [of the body]suffers, all the parts suffer with it; if one part is honored, all the parts share its joy.” That’s either just pious rhetoric, or Christians actually mean it – and if they do, devoting energy to the defense of persecuted Christians isn’t confessional, it’s compassion, in the literal sense of the word, “suffering with” someone.

The bottom line is that perhaps it’s time for well-meaning Christians to get over the ambivalence they sometimes feel about highlighting anti-Christian persecution as a fact of life in today’s world, on a staggering scale.

It doesn’t have to come at anyone else’s expense – and, besides which, if comfortable and affluent Christians in the West don’t speak up, who in the world will?