Trending
You are at:Home»Categories»Headlines»They are protesting the wrong war. The real story of July 4th, 1776 & slavery
By Declan Hill on 4 July 2020 Headlines

They are protesting the wrong war.

In this time of historical flux, when protestors pull down Confederate statues and the U.S. President Donald Trump speaks of ‘mob rule’. its time to tell the facts of the first, real, civil war of American history. The results of which are celebrated on this July 4th weekend. For, If we do not have a proper conversation about the war of 1776, the same myths that get in the way of present-day peace in America will be encouraged.

The myth, celebrated in propaganda like Hamilton the musical, now a film, skips around the historical facts as nimbly as its dancers skip across the stage. It claims that the War was about delivering freedom and human rights to Americans. That is partly true, but not if you were black or indigenous.

The usual rebuttal goes something like, “Yes… Washington, Madison, Jefferson and many of the Founding Fathers may have owned slaves and loathed the indigenous – – but they lived in the 18th century, everyone else did those kind of inhuman things.”

Actually, thats not true. There were lots of people of that era who thought owning or mistreating another human being, regardless of their colour, was wrong.

The historical fact is that the other guys – the British, soon to be Canadians – who fought against Washington worked with natives and former slaves. Many of their best military leaders – like Joseph Brant and Tecumseh – were indigenous.
The British also signed a bill promising – and delivering – freedom to any slave, who fought against Washington’s forces. Thousands of blacks flocked to fight with the British forces.

It could be argued that this was merely a ploy of war, a device to secure more recruits. And there were, no doubt, racists in the British cause. There were also lots of democrat-loathing thugs who committed all kinds of atrocities. Yet there were also historically-validated cases when British leaders were prepared to go all the way for their soldiers. 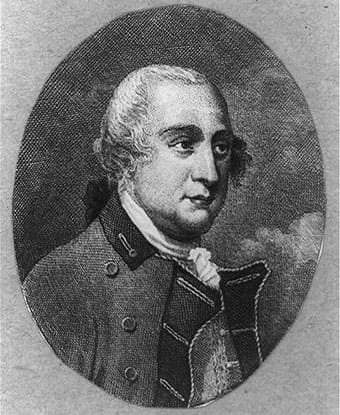 Guy Carleton – the man who, arguably, founded the nation of Canada – was in New York (a deeply loyalist city) in 1783. The war was, effectively, over. The treaty had been signed, the British were leaving. When Washington requested a meeting with the British commander.

Unlike many events of that era, we have the primary documents of the negotiations between these men. Washington was enraged with Carleton. One British aide described him as “acting in the manner of a Sicilian banditti”. The primary reason for his anger? “You, sir, are stealing my property!”

Washington was furious that Carleton had ordered that any former slave who had fought with the British was to be given free passage out of New York.

This was a climatic moment. Three of Washington’s own slaves had escaped his Mount Vernon estate to fight against him. The American forces surrounding New York outnumbered the British. It would have been easy for Carleton to acquiesce, to give up black soldiers so that the rest of the loyalists could escape unmolested.

However, the records state that Carleton refused, saying, “It is not in our national honour to give up any man, whatever his colour, who has risked his life for our cause.” In short, the British/Canadian commander, was willing to fight again great odds, so thousands of his men and their families would not be pressed back into slavery.

The historians will say, with reason, that the treatment of minorities in Canada has largely been a litany of injustice. But there are similar stories from those times that show there was a clear distinction between the British/Canadian view of minorities and that of Washington and most of the American Founding Fathers.

In 1791 came the Chloe Cooley incident. She was sent back into captivity from the Canadian side of Niagara Falls. It was said that, “she wept so loudly” that the leaders (including a number of black ex-soldiers) outlawed the perpetuation of slavery in Upper Canada. One of those leaders was, again, a former British military leader – John Simcoe. In his address to the Legislative Assembly he said, “under no modification will I assent to a law that discriminates by dishonest policy between natives of Africa, America, or Europe.”

For the next three score and twelve years, if you were a slave and your feet touched Canadian soil – then you became free. This was all in contrast to the American Founding Fathers who two years previously had spent less than half a day dismissing the idea of a Bill of Rights but six weeks to conclude that a slave was actually worth 3/5th of a normal human being.

America is, despite all its present turmoil, a great country but if it is to have peace and opportunity for all people, it should recognize the nation’s true past.

As for Canadians, ask 99% of my co-patriots, and they will not know these historical facts. The memory of the role of indigenous and blacks played in securing their own and our national freedom has been deliberately erased. Their contribution were paved over so that the establishment can more easily steal their land and resources.

Its time that these heroes were recognized. Not just because of their skin colour but because in a time of danger and risk – they did the right thing. So should we.

They are protesting the wrong war. The real story of July 4th, 1776 & slavery 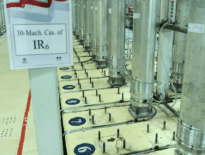 Headlines The Explosion at Natanz Is a Direct Hit on Iran… 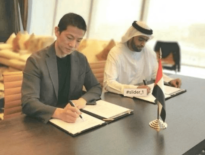 Headlines Combating coronavirus: Abu Dhabi, Israeli tech fir…
0
wpDiscuz
0
0
Would love your thoughts, please comment.x
()
x
| Reply
We use cookies to ensure that we give you the best experience on our website. If you continue to use this site we will assume that you are happy with it.Ok