Trending
You are at:Home»Categories»Features»The Shah of Iran, the Islamic Revolution and the Mystery of the Missing Imam
By NYT on 15 January 2016 Features, Politics

Even by today’s standards, the Middle East in the 1970s was chaotic. Bombings, hijackings and assassinations were daily headlines. In the midst of the mayhem, one of the most revered clerics in the Shiite branch of Islam vanished while visitingLibya.

Criminal inquiries, books and speculation have abounded over the fate of the cleric, Imam Moussa al-Sadr, the charismatic Iranian-born scion of a powerful religious family who had made his home in Lebanon for nearly two decades and had become an ardent advocate of its impoverished Shiites. He and two colleagues have not been seen since Aug. 31, 1978, when they were reportedly spotted at the airport in Tripoli, the Libyan capital. Many have blamed agents of Libya’s former leader, Col.Muammar el-Qaddafi, though a motive remains unclear.

Yet a coming book about the fall of Shah Mohammed Reza Pahlavi of Iran in 1979 has helped cast the disappearance in a new light. It suggests that the Iranian revolutionary clerics who overthrew the shah — commanded by their leader-in-exile, Ayatollah Ruhollah Khomeini — may have seen Mr. Sadr as a threat.

The book, “The Fall of Heaven: The Pahlavis and the Final Days of Imperial Iran,” asserts not only that the shah and Mr. Sadr had secret contacts despite public tensions, but also that the shah may have wanted Mr. Sadr to return to Iran to thwart Ayatollah Khomeini’s ambitions in the months before the revolution.

That idea, had it been carried out, could have altered history.

The book provides evidence of Mr. Sadr’s deep distrust of Ayatollah Khomeini, whom he apparently regarded as a dangerous lunatic, belying their outwardly cordial dealings and family ties through marriage. Mr. Sadr privately shared this distrust with the shah, according to the book.

“The story up until now, which you will see in books, is that Moussa al-Sadr was against the shah and pro-Khomeini,” said the book’s author, Andrew S. Cooper, a professor at Columbia University. “This blows that out of the water.”

Mr. Cooper, a Middle East specialist who also wrote “The Oil Kings,” a history of Persian Gulf petroleum development published in 2012, spent the past three years researching his new book, to be published in July by Henry Holt and Company.

The passages about the missing imam are based in part on interviews with the shah’s family, as well as with former officials and clerics in Iran, Mr. Cooper said. Perhaps most important, Mr. Cooper spoke with former aides and associates of the shah, who he said had been largely quiet or ignored regarding the prelude to the fall of the monarchy.

“The shah was ready to enter into a dialogue with Moussa al-Sadr,” Mr. Cooper said. “I would argue that he was the great hope in terms of Shiism and modernity coexisting. His disappearance breaks that and opens the way for the militant strain of Shiism in Iran.”

While the book’s main theme is the shah, who died in Egypt in 1980, it contains an intriguing subplot on Mr. Sadr, who became a martyr among Lebanese Shiites. Amal, the militia he founded in 1975 to defend Shiite interests during Lebanon’s civil war, remains an influential political force there.

A common theory is that Mr. Sadr and his colleagues were abducted and killed on the orders of Colonel Qaddafi, who had invited them to Tripoli. Colonel Qaddafi, a financier of militant groups, may have been acting at the request of Yasir Arafat, the Palestine Liberation Organization chieftain, that theory goes. Mr. Arafat was angry over Mr. Sadr’s opposition toPalestinian guerrilla bases near Lebanon’s border with Israel.

Other accounts hold that money Libya had donated to Amal was missing, or that Syria considered Mr. Sadr’s influence in Lebanon an obstacle to its ambitions there, or that Mr. Sadr was on the losing side of an internal Lebanese Shiite power struggle.

Some even say that the shah’s agents killed him.

Colonel Qaddafi insisted that Mr. Sadr and his party had departed Libya for Italy, an assertion contradicted by Italian investigators.

Regardless, interest in who was responsible and why remains potent. In 2011, as the Qaddafi government collapsed, speculation rose that Mr. Sadr was alive, and had been held incommunicado in a secret Libyan prison for more than 30 years.

Questions about his fate were resurrected again last month when Colonel Qaddafi’s youngest son, Hannibal, was detained in Lebanon by judicial officials who interrogated him about the mystery of the missing imam. As of Thursday, the son remained in Lebanese custody.

While Iran’s leaders may regard the book as revisionist history, scholars of Middle East politics said secret collaborations between Mr. Sadr and the shah were entirely plausible.

“I’ve also heard that there was an Iranian role in Sadr’s disappearance,” said Augustus Richard Norton, a Boston University professor who was a United Nations observer in Lebanon in the early 1980s and in 1987 wrote a book on the Amal movement, “Amal and the Shi’a: Struggle for the Soul of Lebanon.”

Mr. Norton said he believed Mr. Sadr “did get friendly with the shah — there was no question he was getting money from the shah.”

Mr. Cooper said his book provides unreported information about communications between Mr. Sadr and the shah. They include a warning Mr. Sadr sent about Ayatollah Khomeini’s subversive lectures in exile and an offer in the early summer of 1978, just weeks before Mr. Sadr vanished, to help the shah divert the ayatollah’s momentum.

While it was known that the shah’s government had sought to reach political accommodations with moderate clerics in Iran, known as quietists, Mr. Cooper said, “What is new is that the moderates were trying to come up with a strategy to outmaneuver Khomeini, and one of the ideas was for Moussa al-Sadr to come back to Iran.”

The revelations are derived in part from Ali Kani, who was an important adviser to the shah and was a childhood friend of Mr. Sadr. Mr. Kani, now in his 80s and living in Europe, told Mr. Cooper that he had acted as a conduit between Mr. Sadr and the shah.

In the mid-1970s, as Lebanon descended into sectarian chaos, it became a magnet for Iranian dissidents who trained in guerrilla warfare. The shah held Mr. Sadr partly responsible and ordered his passport stripped.

But in July 1978, the book says, Mr. Sadr sent a message to the shah through an Iranian agent in Beirut, offering to speak with Ayatollah Khomeini on the shah’s behalf and to help the shah appease critics in the religious establishment.

Soon after, the book says, the shah agreed to send an emissary to meet secretly with Mr. Sadr in West Germany that September.

The meeting would never take place.

According to the book, Colonel Qaddafi offered to arrange a meeting in August between Mr. Sadr and Ayatollah Khomeini’s top aide, Ayatollah Mohammad Beheshti, the main orchestrator of the insurgency against the shah.

Mr. Sadr flew to Libya accompanied by his own aide, Sheikh Mohammad Yacoub, and a Lebanese journalist, Abbas Badreddine.

After days of waiting at a Tripoli hotel, Mr. Sadr grew impatient and decided to leave on Aug. 31 without meeting Ayatollah Beheshti, something that does not appear to be in dispute. What happened next has never been confirmed.

According to “The Good Spy,” a 2014 biography of Robert Ames, the C.I.A. station chief in Beirut at the time, Mr. Sadr’s entourage was seen in the V.I.P. departure lounge of Tripoli’s airport, roughed up by Mr. Qaddafi’s men and thrown into a car. The biography also said Ayatollah Beheshti had telephoned Colonel Qaddafi to stop Mr. Sadr’s departure and had called Mr. Sadr a Western agent.

When word of Mr. Sadr’s disappearance reached the shah, he sent Mr. Kani to ask Arab leaders what had happened, according to Mr. Cooper’s book. Mr. Kani was told that Mr. Sadr had been killed on the orders of Colonel Qaddafi.

Mr. Kani is quoted in the book as saying that Egypt’s president, Anwar al-Sadat, told him that according to Mr. Sadat’s intelligence sources, Colonel Qaddafi “had placed Moussa Sadr’s body in a box, sealed it in concrete and dropped it from a helicopter into the Mediterranean.”

When told this, the shah “was very, very upset,” Mr. Kani was quoted as saying. “He sat in his chair for 10 minutes.”

The Shah of Iran, the Islamic Revolution and the Mystery of the Missing Imam 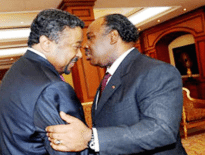 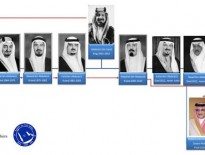 Features Saudi King to Abdicate to Son
0
wpDiscuz
0
0
Would love your thoughts, please comment.x
()
x
| Reply
We use cookies to ensure that we give you the best experience on our website. If you continue to use this site we will assume that you are happy with it.Ok