Trending
You are at:Home»Categories»Headlines»The Race to Aleppo
By War is Boring on 12 August 2016 Headlines

Syrian regime forces won, then lost, the fight for a key city

On July 27, 2016, following 35 days of uninterrupted assaults, forces loyal to the regime of the Syrian president Bashar Al Assad achieved a breakthrough and completed their encirclement of Aleppo, Syria’s major northern city.

The eastern, insurgent-held part of the city was thus isolated from the outside world. Over the following 48 hours, fighter-bombers from the Russian Airspace Force and the Syrian Arab Air Force bombed at least five local hospitals.

The fate of eastern Aleppo — and the estimated 300,000 civilians still living there — appeared to be sealed.

However, the situation changed in a matter of days.

As the siege seemed to succeed, regime-friendly news reports from Damascus praised the Syrian private military company Tiger Force for its role in the battle. But Tiger Force actually suffered badly during the fighting.

Indeed, more than a month of intensive fighting in northwestern and western suburbs of Aleppo exhausted Tiger Force and other loyalist units to such a degree that Iran had to step in.

Indeed, the completion of the siege actually underscored the fundamental weakness of loyalist and IRGC forces. It took everything that pro-regime forces had just to achieve a brief breakthrough.

On July 28, after a month of negotiations and immense pressure from Qatari and Turkish representatives, the notorious Al Qaeda-linked Jabhat An Nusra jihadist group announced a break with Al Qaeda and officially changed its name to Jabhat Fateh Ash Sham, or JFS.

Almost immediately, reinforcements for the re-named militant organization began to flow over the border between Turkey and Syria. At least 100 new combatants arrived every day, together with numerous convoys carrying arms, ammunition and supplies.

JAF commanders were determined to lift the siege of Aleppo.

The operation launched already on July 31 with a vicious artillery barrage and several suicide-vest improvised explosive devices targeting loyalist and IRGC positions at the Artillery School and in Tel Mashrafah and neighboring districts in southern Aleppo.

Regime lines were protected by a thin screen of Syrian National Defense units corseted by a battalion each from Hezbollah-Lebanon and IRGC’s Liwa Fatimioun, a unit of Afghan Hazaras. The lines quickly collapsed. After suffering dozens of casualties, the loyalists fled, leaving Hezbollah and Iranian-commanded Hazaras on their own.

What’s Left of the Syrian Arab Army?
Not muchwarisboring.com

By the morning of Aug. 1, insurgents and jihadists encircled the Artillery School from two sides. A tunnel bomb planted by insurgents of the Fateh Halab group — which is holding eastern Aleppo — then went off under one of crucial loyalist command centers in the Ramousseh District of southern Aleppo.

The blast literally buried the loyalist and IRGC’s commanders’ hopes. In the next 24 hours, their front lines around southern Aleppo disintegrated as insurgents advanced into Ramousseh District, the 3000 District, the 1070 District, Ash Sharfa and neighboring areas.

Following several local counterattacks, the IRGC launched a major counterassault on Aug. 4. This not only failed, but further weakened regime positions and eventually enabled the JAF to capture not only the Artillery School, but also the nearby Air Force Technical College.

The success of the JAF offensive came quite suddenly. Knowing they would be assaulting a well-fortified, defensive area, its commanders expected a month-long battle, at least. Instead, they achieved a major breakthrough in less than a week.

Here’s the Key to Understanding the Russian Air Force’s Actions in Syria
The Russian air force is back to bombing hospitals, bakeries, mosques and roads inside areas held by Syrian insurgentswarisboring.com

Both sides suffered heavy losses in this battle. While the exact number of loyalist and IRGC’s casualties might never become fully known, Syrian insurgent units of the JAF alone lost more than 200 combatants killed in action in period between July 31 and Aug. 4. The JFS lost another 150 killed in action by Aug. 5.

The reactions of the governments in Damascus, Tehran and Moscow and their military commanders in the field were surprisingly lame. Despite claims of intensive air strikes on JAF’s newly-established positions in southern Aleppo, evidence only indicates additional air strikes on hospitals — at least 35 of which have been demolished since mid-July — and apartment areas in Idlib City.

Intensive air strikes in the Aleppo area have been reported only since Aug. 6.

Over the next 48 hours, a total of 65 aerial attacks was recorded — many of these targeting apartment areas in eastern Aleppo, with some hitting even loyalist-controlled zones in the west of the city. Fewer than 20 air raids actually targeted insurgent and jihadist positions in the south.

However, there’s no proof at all of this claim. The Syrian and Russian air forces are both ill-equipped for the task of targeting highly-mobile vehicles, which is one reason why they completely ignored the massive insurgent and jihadist resupply effort south of Aleppo in late July.

On the contrary, it seems that the insurgents and jihadists became bogged down while attempting to widen their land corridor into southern Aleppo, especially during the bitter fighting for the Sadkop Cement Factory.

Further evidence that this campaign was not particularly successful can be seen from reports indicating the arrival, by Aug. 9, of more than 2,000 additional JFS combatants in southern Aleppo, plus reinforcements from the notorious, Al Qaeda-linked Jabhat Jund Ash Sham, primarily composed of Chechen wahhabists.

In comparison, the loyalists and the IRGC seem to be lagging in this race for Aleppo. Certainly enough, the Tiger Force, the Ba’ath Commando Brigade and various other assets have been redeployed to this new battlefield, and Harakat An Nujba announced the arrival of its Brigade 2000 from Iraq on Aug. 9.

However, there are reasons to doubt that these might be sufficient to close the siege of Aleppo again. The success of JAF’s battle to lift the siege immensely bolstered the spirits of the insurgents and jihadists.

The Race to Aleppo

by War is Boring time to read: 6 min 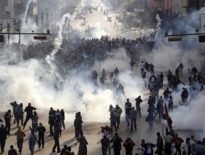 Headlines Where did they go wrong? 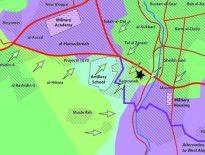 Headlines Aleppo: Is the Turnaround Sustainable for the Rebe…
0
wpDiscuz
0
0
Would love your thoughts, please comment.x
()
x
| Reply
We use cookies to ensure that we give you the best experience on our website. If you continue to use this site we will assume that you are happy with it.Ok