As a tribunal prepares to announce a verdict in Rafiq al-Hariri’s assassination, the United Nations has much to answer for.

The Special Tribunal for Lebanon (STL) plans to announce its verdict on August 7, which should represent a moment of high drama. However, coming more than fifteen years after the February 14, 2005 assassination of former Lebanese prime minister Rafiq al-Hariri, the crime on which it is supposed to pass judgment, the decision will seem like little more than a postscript to an out-of-print book.

Over the years I’ve written about the failed United Nations investigation of the Hariri killing, particularly since January 2006 when it was taken over by the Belgian judge Serge Brammertz. During Brammertz’s tenure the investigation did not progress. Worse, on the most sensitive aspect of the inquiry, namely analysis of the assassins’ telecommunications data, Brammertz asked that they be handed over to Lebanon’s Internal Security Forces (ISF), ironically after he had sealed off his team from the ISF, fearing leaks.

Why Brammertz did so is unclear. The likely explanation is that he felt the United Nations did not want to get to the bottom of the crime, particularly if Hezbollah’s involvement was confirmed. His later appointment as prosecutor of the International Criminal Tribunal for the former Yugoslavia led to speculation that the UN had rewarded him for his lethargy in Beirut. Brammertz may have sensed that the international organization was worried that naming Hariri’s assassins could lead to sectarian conflict, given that a prominent Sunni had allegedly been killed by Hezbollah, a Shi‘a party. 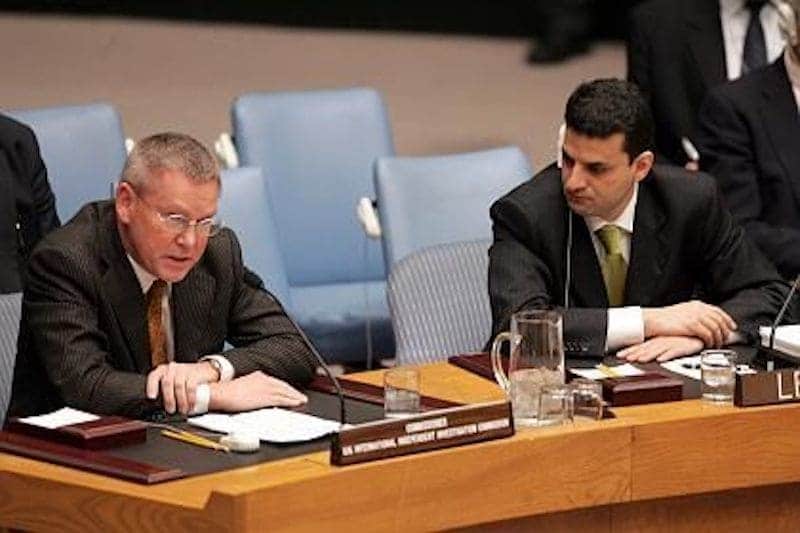 If there were any doubts about the risks, Syrian President Bashar al-Assad sought to dispel them in April 2007, when he met in Damascus with then-United Nations secretary general Ban Ki-moon. Assad’s remarks, which were leaked to the French daily Le Monde, showed not only that the Syrian president knew who was behind the crime, but also included a threat at a time when there was talk of setting up a tribunal to judge suspects under Chapter VII of the UN Charter.

“In Lebanon, divisions and confessionalism have been deeply anchored for more than 300 years,” Assad told Ban. “Lebanese society is very fragile. [The country’s] most peaceful years were when Syrian forces were present. From 1976 to 2005 Lebanon was stable, whereas now there is great instability.” A tribunal approved under Chapter VII, therefore, would only make instability worse, Assad added, before he took a startling turn in the conversation by observing that a tribunal “might easily cause a conflict that would degenerate into civil war, provoking divisions between Sunnis and Shi‘a from the Mediterranean to the Caspian Sea.” 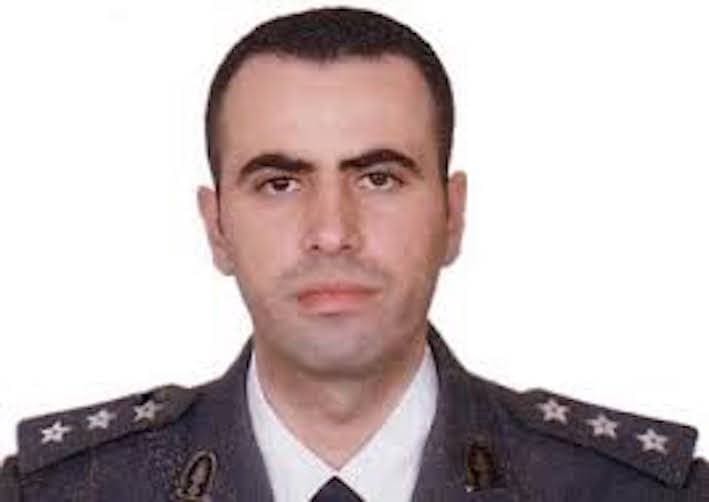 Captain Wassim Eid was assasinated by a car bomb. He was 34 years old.

Assad’s implicit admission was that Hezbollah had been responsible for Hariri’s assassination, and that the potentially dangerous implications of this could extend far beyond Lebanon. It appears that Assad’s words were leaked by a UN official present with Ban Ki-moon, or perhaps by Ban himself. One can assume that the Syrian president was raising an issue that he knew would alarm the UN.

By then there was already suspicion that the UN organization—as opposed to key Security Council members such as France and the United States—was not enthusiastic about a thorough investigation of Hariri’s murder. In an interview I conducted in 2008 with Brammertz’s predecessor, the German judge Detlev Mehlis, I had asked whether Kofi Annan, the UN secretary general at the time of Mehlis’ investigation during the second half of 2005, had interfered in his work. Mehlis denied that he had, but also observed, “Annan made it clear to me that he did not want another trouble spot. I respected this but he also respected my point of view. Traditionally, there is tension between politics and justice, and I accepted that Annan did not want more problems because of the Hariri case.”

Perhaps, but around the time that Mehlis ramped up his work in autumn 2005 and even sought to interview Assad himself, the UN told him that it could no longer guarantee his security in Lebanon, and that he would have to pursue his investigation from outside the country, away from his team. According to Mehlis, the German representative at the UN responded that Mehlis could not accept such a condition, and by December the judge had returned home.

Mehlis never openly linked the UN’s decision to remove him from Lebanon with a desire to stifle his investigation. However, it is difficult to imagine that a man of his experience could fail to see a sign that the UN was uneasy with too aggressive an inquiry. Nor could the UN explain why it kept Brammertz in Lebanon after having wanted to relocate Mehlis. What was it about Brammertz’s investigation that allowed the UN to feel confident about his safety, when Mehlis was being told that he had to leave?

In that same January 2008 interview with me, Mehlis was scathing about Brammertz’s efforts. He bluntly stated, “I haven’t seen a word in his reports during the past two years confirming that he has moved forward. When I left we were ready to name suspects, but [the investigation]seems not to have progressed from that stage.” The investigation’s sluggish pace was confirmed to me by people intimately familiar with what was going on in Brammertz’s team.

Brammertz came at a key moment in the Hariri investigation, when Mehlis’ initial inquiries had to be expanded upon by interviewing witnesses and arresting suspects. Yet no one was arrested during his time as head of the UN team, greatly hindering the investigation and the subsequent STL trial. Indeed, the core dimension of the tribunal’s indictment, namely analysis of the communications between Hariri’s assassins, was initially developed not by Brammertz’s investigators, but by a Lebanese ISF officer named Wissam Eid, to whom the information had been given by the UN team. Eid was assassinated in January 2008, while his superior, Samir Shehadeh, miraculously survived an assassination attempt in September 2006.

Why had Brammertz handed Shehadeh and Eid the most significant information in his files? Even within the UN team there were those who could not explain the decision. More precisely, why had Brammertz done so at a time when he had closed off much of his investigation to the Lebanese? The only explanation is that the Belgian did not want to uncover anything and expected the Lebanese to hit a brick wall, thereby burying the explosive telecoms data. But he miscalculated. Eid, working on his own, discovered a great deal implicating Hezbollah, and a UN analysis team later confirmed the accuracy of his conclusions in December 2007, according to a documentary by the Canadian Broadcasting Corporation.

The Hariri investigation, far from representing the success of justice carried out under UN auspices, will stand as a cautionary tale. The STL may sentence Hezbollah members, but none are in custody and several are believed to be dead. Brammertz, who left Beirut without achieving anything, was appointed to a UN tribunal, raising questions about the standards the organization uses to promote its officials. And most disturbingly, Wissam Eid lost his life because the UN investigation had placed its most damning information in his lap.

The UN investigation was glowingly referred to once as a mechanism to end impunity. It has proven to be exactly the contrary. Those who are believed to have carried out the assassination of Rafiq al-Hariri risk almost nothing today. The UN will pat itself on the back and say that justice was done.

However, everything about its behavior since 2005 confirms that its intentions were, in reality, to avoid justice.