A girl looks through a fence at a camp for migrants and refugees near the Greek village of Idomeni not far from the Greece-Macedonia border on Sunday. (Tobias Schwarz/Agence France-Presse/Getty Images) 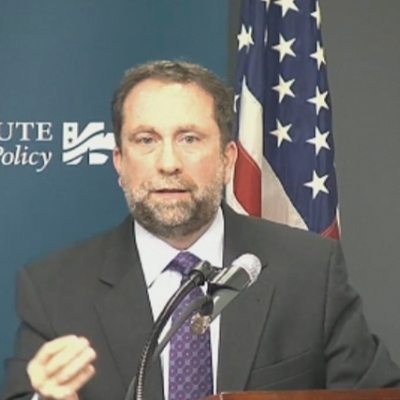 Robert Satloff is executive director of the Washington Institute and author of “Among the Righteous: Lost Stories from the Holocaust’s Long Reach into Arab Lands.”

As our nation’s leaders gather under the Capitol Rotunda for the annual remembrance of the Holocaust on Yom HaShoah, we should find room in our observance for a discussion of Syria, the setting of one of the greatest humanitarian crises since World War II.

While casualty numbers are not definitive , Bashar al-Assad’s regime bears the bulk of responsibility for more than 300,000 dead, about one-third of them civilians, and the creation of more than 11 million refugees and internally displaced persons since 2011 — more than half the country’s prewar population. Other actors — notably, the Islamic State — have killed wantonly, but the Assad regime and its partners are responsible for far more deaths than all other groups combined.

Some historical perspective is in order. As shocking as these numbers are, they do not begin to approach the enormity of the Holocaust. In about the same number of years, Germany and its allies killed more than 50 times as many Jews as the number of civilians killed in Syria. And those victims of the Nazis don’t include the many millions more killed on account of their ethnic or national origin, sexual orientation, or physical or intellectual challenges.

And, in contrast with the plight of Jews, many potential victims of the carnage in Syria clearly have options for rescue. During the Holocaust, only about 500,000 Jews managed to escape Europe, one-twelfth the number of those murdered. In Syria, the situation is reversed — about 4 millionhave managed to flee the country, more than 13 times the number killed. Indeed, the global refugee crisis itself reflects the huge number of Syrians who have found a way to escape.

In other words, one lesson of Syria is: “It is no Holocaust.”

But does the death toll in Syria really have to approach the incomprehensible level of the Holocaust for it to tug on our consciousness and trigger effective action? Let us not forget some of the other differences between Syria and the Holocaust.

First, Syria today is no Germany circa 1941. It is a small, poor, weak state with no friends among its neighbors and with its closest allies — Russia and Iran — hundreds of miles away. However complicated it may be to compel the end of mass killings in Syria, achieving it is surely less demanding than was victory over Germany.

Second, despite the confluence of Syrian, Russian, Iranian and Islamic State interests to make the country a media-free zone, so much evidence has emerged — from victims’ testimonies, journalistic coverage and reports of international observers — that there can be no doubt about what has transpired in Syria since 2011.

In that sense, the Syrian conflict is similar to the Holocaust, about which far more was known — both to the public and to high officials — than is generally thought. Yet whereas many Americans were incredulous at the thought that civilized Germans could contemplate the horrors they were accused of perpetrating, today the dominant reaction to stories of atrocities in Syria is not shock but indifference.

But where we seem to be regressing most of all is in our leaders’ capacity to be ashamed at failing to stop — or even attempting to stop — the carnage. Compare these three U.S. responses to atrocity.

John J. McCloy, then assistant secretary of war, is remembered for his1944 letter to the World Jewish Congress explaining why the Allies could not divert resources to bomb Auschwitz. Dogged for decades by the accusation of heartlessness toward the condemned Jews, McCloy tried a new tack in 1986, telling an interviewer that President Franklin D. Roosevelt was to blame for the Auschwitz decision. (Roosevelt, of course, was not around to defend himself; McCloy died in 1989.)

Bill Clinton took a different view. In 1994, he decided not to stop the Rwandan genocide, concluding that no U.S. interests justified intervention.Four years later, he visited the country — chastened and repentant — to offer a presidential apology. “We in the United States and the world community did not do as much as we could have and should have done to try to limit what occurred in Rwanda in 1994,” he said.

In the half-century from McCloy to Clinton, American leaders began to wrestle with having the means — and therefore bearing the responsibility — to stop mass atrocities. Despite counting among his achievements the 2012 creation of the boldly named Atrocities Prevention Board, President Obama seems to have reversed this trend. Consider his response to the gruesome August 2013 Ghouta chemical attack, in which Syrian dictator Assad killed up to 1,700 civilians, including children.

In June 2012, the United States Holocaust Memorial Museum took the unusual step of issuing a warning “of the potential for genocidal acts if nations do not take prompt actions to uphold their responsibility to protect groups and individuals targeted by the Syrian regime.” Until then, the president had been reluctant to signal any direct engagement in the Syrian conflict, but six weeks later, he laid down a “red line” that use of chemical weapons in Syria would change his calculation and warrant a U.S. response.

Flash forward a year: incontrovertible proof of the Ghouta massacre emerged, the time for decision arrived, and the president opted not to act. Almost miraculously, Moscow offered the administration an elegant exit via a deal to remove most of Syria’s remaining chemical weapons. Since then, however, more civilians have been killed in Syria than before the “red line” incident, some by additional chemical attacks.

Both Obama and Clinton chose policies of inaction in the face of atrocity. But whereas Clinton acknowledged his mistake while still in office, Obama projects a very different posture. Inaction, for him, has triggered no pangs of regret, no second-guessing; choosing to remain a bystander was neither “a close call” nor “a tough decision.”

To the contrary, in the president’s words, choosing to do nothing was a source of honor. “I’m very proud of this moment,” he recently told journalist Jeffrey Goldberg. “For me to press the pause button at that moment, I knew, would cost me politically. . . . [It] was as tough a decision as I’ve made — and I believe ultimately it was the right decision to make.”

With thousands of Syrians dead and many more slated for a similar fate, the president was candid enough to admit that he was concerned more about the political cost he would bear for not acting on their behalf than the life-or-death cost they would bear for his inaction.

As complicated as the Syria policy challenge may be, Obama’s posture in the face of atrocity is why Syria belongs on this year’s Yom HaShoah agenda. When the leader of the world’s indispensable nation suggests it took courage and conviction to do nothing, we all need to rethink what we mean when we repeat the vow “Never Again.”