A fascinating Arabic language video produced by the pro-ISIS Al-Wa’ad Media Foundation made the rounds on social media in December 2016. The 11-minute “Islamic Clerics in the Embrace of the Cross” is a mash-up seeking to make a specific ideological point. Very much Saudi-focused (and using some ISIS footage), it highlights the supposed scandal of Muslims (particularly some very conservative Saudis) making nice with non-Muslims either by attending interfaith meetings or by military cooperation with the U.S. The idea is that this sort of interaction is all an explicit violation of Koranic writ forbidding tolerance or any sort of friendship with the Kuffar or Mushrikeen (as the Jews and Christians are described in Surat Al-Ma’idah, verse 51).

The video features footage of a regime cleric defending himself from such an accusation, saying, “We are not their friends or love them, it is just an exchange of interests, like buying weapons or merchandise.” This is immediately followed by images supposedly of Muslim civilians in ISIS-controlled territory being hurt or killed by Coalition aircraft. The video’s very pointed criticism seeks to undermine the Islamic credentials of Saudi Arabia within the context of a shared hardcore Salafi worldview. It graphically demonstrates the challenge of an Islamist regime (Saudi Arabia, in this case) trying to separate itself from very sweeping Islamist Koranic interpretations which play completely into the hands of jihadis like ISIS. The same problem occurs in other Muslim countries where the government tries to play the “Islam card” only to find that they will always be outflanked by more extremist groups calling their credentials into question. It is difficult indeed for states to be more “Islamist” than Islamist groups who are willing to kill and claim a religious justification for such violence.

Ironically, Saudi Arabia actually has thoughtful voices of tolerance and enlightenment – not just officials who attend interfaith meetings to look like they are tolerant, but individuals who actually fight that intellectual battle in Arabic, in the Middle East, and do so repeatedly in the media. One of the most interesting examples of this trend is the liberal thinker Ibrahim Abd Al-Rahman bin Suleiman Al-Buleihi, who is not a dissident but a liberal product of Saudi education and an establishment figure who has been active in government and business for decades. 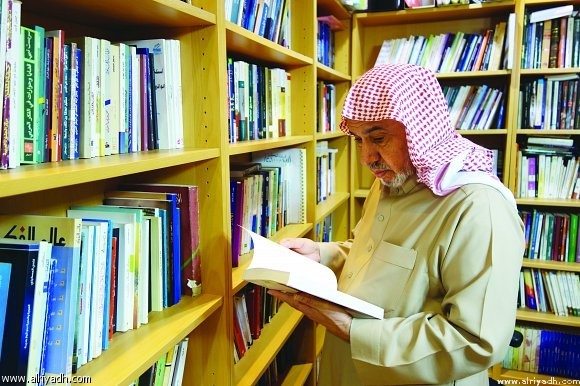 Al-Buleihi comes originally from Al-Shimasiya, a small town near Burayda, a region that has produced some prominent Saudi radical clerics and terrorists[1] and a few of its most prominent anti-Islamists, such as the celebrated (or despised, depending on one’s point of view) Saudi atheist writer Abdullah Al-Qasimi (1907-1996) and the liberals Mansour Al-Nuqaidan and Turki Al-Hamad.[2] He is part of the Dawasir tribe, one of the country’s largest. Al-Buleihi has a degree in Sharia Law from Imam Muhammad Bin Saud Islamic University. Both his tribe and his university have also produced an abundant crop of radical clerics and actual terrorists. Al-Buleihi belongs to an older, seemingly more tolerant Saudi generation.

Al-Buleihi has been a member of the Saudi Shura Council, the country’s appointed consultative assembly, since 2005. As a young man, he worked in city government in the cities of Khamis Mushait and Ha’il, and has been a member of numerous government and private committees and councils. A columnist for the pro-government Saudi daily Al-Riyahd, he has also written many articles and books, among them Castles of Backwardness (2010),[3] and The Structure of Underdevelopment” (1995).[4]

MEMRI has covered Al-Buleihi since at least 2005.[5] A review of his considerable body of work and numerous interviews in Arabic media shows an intellectual driven by issues of cultural revival, human dignity and the right to think as one chooses, the paramount importance of reason, and the need for creativity and innovation. Sometimes criticized for being pro-American, he has noted sarcastically that the Arab Muslim world is weak but yet insists on using the discourse of force against others: “We still talk about conquering Rome one day.” While he sees the challenge of fighting ignorance and freeing the mind as a global challenge, he candidly admits to focusing on the myriad problems of his own culture and society.[6]

A devout, practicing Muslim and part of the Saudi establishment, Al-Buleihi is an Arab intellectual who is an unabashed admirer of the Western Renaissance and Enlightenment and the intellectual and scientific revolution that resulted from it. He frankly admits that part of that flourishing had Arab and Islamic connections, but with a major caveat:

“So when we boast of our superiority over Western civilization, we are ignoring the fact that this superiority amounts to no more than Europe benefiting from individuals such as Ibn Rushd, Ibn Al-Haytham, and Al-Razi, who were scholars who had studied Greek thought and were therefore not the product of Arab culture. At the same time, we ignore the fact that in our culture those individuals were rejected by us and subjected to continuing condemnation and aversion – not just in the past but even today; for we still express our condemnation of them and ban their thoughts. If we burned their books and still prohibit the reading of them, how can we boast of that which was once, and still is, rejected by us?”[7]

Al-Buleihi has spoken passionately about the need to unshackle Arab education, which he mocks as “education as dictation,” and to promote teaching that allows for dialogue and argumentation, giving students the confidence to debate and discuss their own and the ideas of others in a nurturing environment. He sees this as essential not only in education but in society as a whole, for “any society that does not encompass differences of opinion is sitting on a volcano.”[8]

In a November 2016 interview, Al-Buleihi commented that the Arab Muslim world is actually regressing in terms of dealing with the challenges of modernity. “Two centuries ago,” he noted, “we at least we had the ambition and dream to change. We were not then like Al-Qaeda, the Taliban, and the rest, but the view today is the opposite of the past, with the sense that the solution is to go backward, that regressing is the right choice.”[9] He warns that if the overall environment is not changed, individuals can be “well-educated” in a specific field (such as Al-Qaeda leader Dr. Ayman Al-Zawahiri) and yet be completely captive to a culture of violence and regression. Al-Buleihi also praises European thinkers such as Martin Luther, Copernicus, Galileo, and Descartes as models who challenged the reigning orthodoxy of the day. 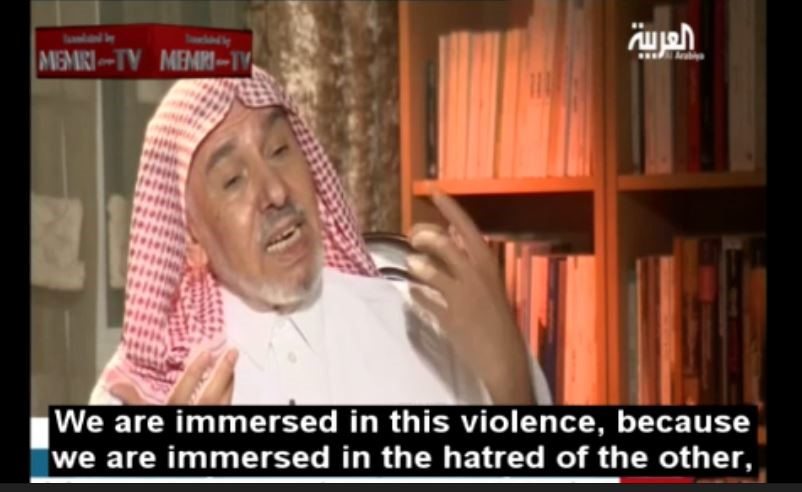 Two key points – a problem and a solution – are often found in Al-Buleihi’s critique of the Arab Muslim world. The problem he points to is the fatal consequences of the “othering” process: “We are immersed in this violence, because we are immersed in the hatred of the other, and believe that we are always in the right, and that the falsehood of the other is absolute. This perspective makes us hate whoever does not agree with our way of thinking and our way of life.”[10]

Al-Buleihi’s hope and solution lies in the urgent need for the Muslim world to change and break from the past: “The most important thing is your ability to change. The ability to change is the yardstick of civilization. The Westerners are apologizing today for what their forefather did, whereas we are still praising the conquest and raids [of early Islam]. We even call for new raids, even though we don’t have the power to carry them out.”[11]

Ibrahim al-Buleihi is a double anomaly. He boldly criticizes the ideological straitjacket which has constrained development and reason in the Arab world, and does so from within the Saudi establishment. But he also praises the heritage of the enlightened West, at a time when our own civilization seems to be riven by a deep internal crisis of self-doubt.

[5] MEMRI TV Clip No. 638, Saudi Liberal: America’s Actions Are Natural For A Country That Was Attacked. If An Islamic Country Was Attacked Its Response Would Be Worse, April 5, 2005.

[10] MEMRI TV Clip No. 5218, Saudi Shura Council Member Al-Buleihi: Arab Culture Immersed In Violence And Hatred Of The Other, December 4, 2015.

[…] to defuse the frightening idea that the universe is irrational. The entire trial is therefore an example of absurdity—an instance of humankind’s futile attempt to impose rationality on an irrational […]