Trending
You are at:Home»Categories»Headlines»Stopping COVID-19 in Its Tracks: Science Gets the Upper Hand
By James M. Dorsey on 7 April 2020 Headlines

An Israeli police officer in protective gear waits to detain Ultra orthodox men as they pray in a synagogue in defiance of coronavirus measures, in Bnei Brak, a suburb of Tel Aviv, Israel, April 2, 2020. (AP Photo/Ariel Schalit)

Civilizationalist leaders, who seek religious legitimacy, cater to a religious support base or initially discarded scientific advice for expedient political reasons. They may have met their match in the coronavirus.

Science has knocked religion and traditional healing methods out of the ring in the battle between rival approaches towards getting the coronavirus pandemic under control.

India, Iran, Pakistan, and Israel have finally joined much of the world in imposing science-driven degrees of lockdowns.

Remarkably, Saudi Crown Prince Mohammed bin Salman, the de facto ruler of a kingdom that was founded and shaped by an ultra-conservative strand of Islam, was one leader who was not held back by religion when he suspended the Umrah (the smaller pilgrimage to Mecca), announced that this year’s Hajj could be cancelled, and locked down the holy city as well as its counterpart, Medina.

“What if this year’s Hajj was under Imran Khan rather than Mohammed bin Salman? Would he have waffled there as indeed he has in Pakistan?” asked Pakistani nuclear scientist, political analyst, and human rights activist Pervez Hoodbhoy.

Mr. Hoodbhoy noted that Pakistan has yet to import Saudi dates touted as cure for all diseases by Maulana Tariq Jameel, Pakistan’s most popular preacher and a staunch ally of Mr. Khan.

Mr. Hoodbhoy also took note of the fact Mr. Modi had not fallen back on Hindutava or Hindu nationalism’s advocacy of the therapeutic powers of cow urine, Ayurveda, a medical system rooted in Indian history, and yoga.

Mr. Khamenei has similarly dropped his resistance to the closure of shrines in the holy cities of Qom and Mashhad. His government has closed schools and universities and urged the public to stay at home while announcing that “low-risk” economic activity would be allowed to resume next week.

The consequences of science-based approaches for civilizationalists who advocate policies inspired by religion could go far beyond what should shape public health policies.

The consequences of science-based approaches for civilizationalists who advocate policies inspired by religion or the supremacy of one religious group over another could go far beyond what should shape public health policies.

With ultra-orthodox Jewish neighborhoods and cities emerging as the communities most affected by the coronavirus, some Israeli commentators argue that the pandemic could undermine rabbinical authority on a scale not seen since the Holocaust when large numbers left ultra-orthodoxy after rabbinical advice to remain in Europe proved devastating.

Ultra-orthodox rabbis, including Health Minister Yaakov Litzman, who together with his wife and an ultra-orthodox adviser to Mr. Netanyahu, has tested positive, have had to reverse themselves in recent days as the virus ate its way through their communities in Jerusalem and other Israeli cities.

“Torah no longer saves from death. The coronavirus has dealt an unimaginable blow to the rabbinical authority – and worldview – that ultra-Orthodox Jews previously regarded as infallible and eternal,” said prominent Israeli journalist Anshel Pfeffer, who authored an acclaimed biography of Mr. Netanyahu.

The non-discriminatory nature of the coronavirus forced the Israeli government last week to ramp up testing in communities of Israeli Palestinians.

The non-discriminatory nature of the coronavirus forced the Israeli government last week to ramp up testing in communities of Israeli Palestinians which had been described by public health experts as a ticking time bomb.

The experts warned that Israeli Palestinians were an at-risk group, many of whom suffer from chronic diseases, live in crowded conditions, and are socially and economically disadvantaged.

“In terms of public health, due to the present situation, the Arab communities are likely to become epicenters of the coronavirus outbreak, which will threaten the health of the entire population,” said Dr. Nihaya Daoud, a public health lecturer at Ben Gurion University of the Negev.

However, increased testing doesn’t address the longer-term structural threat to public health posed by imbalances in health infrastructure in Israel.

Increased testing of Israel Palestinians tackles Israel’s immediate problem of attempting to stymie the spread of the virus. It doesn’t, however, address the longer-term structural threat to public health posed by imbalances in health infrastructure in Israeli Jewish and Israeli Palestinian communities, a lesson many Israelis could draw from the coronavirus crisis.

Drawing that lesson would challenge a pillar of Israeli policy with far-reaching consequences.

By the same token, the return home of some 45,000 Palestinian workers to the West Bank for this week’s Passover holiday is likely to create bottlenecks in both Israel and the Palestinian territory after the Israeli government decided that they would not be allowed to return because of health concerns.

The decision threatens to create a labor shortage in Israel, increase economic pressure on an already weakened Palestine Authority, and facilitate the spread of the virus on the West Bank given the administration’s inability to test all returnees.

“Because the two populations are so intertwined, curbing the virus only in one society is impossible,” said Ofer Zalzberg of the International Crisis Group.

It’s a lesson that applies universally, not just to Israelis and Palestinians. That is no truer than in Syrian and Palestinian refugee camps that dot the eastern Mediterranean.

The pandemic casts a glaring spotlight on the risks of looking the other way when hospitals and health infrastructure are deliberately destroyed in war-torn countries like in Syria.

The global pandemic also casts a glaring spotlight on the risks of looking the other way when hospitals and health infrastructure are deliberately destroyed in war-torn countries like in Syria, where President Bashar al-Assad’s forces deliberately targeted hospitals, and in Yemen, where the Saudi-UAE-led coalition did the same.

No doubt, it is a lesson that anti-globalists and civilizationalists prefer not to hear.

Yet, whether anti-globalists and civilizationalists like it or not, the coronavirus is global and universal. So is the science that will ultimately help get control of the pandemic and eventually stop it in its tracks.

On the same topic and in a similar vain, we refer readers to the following article on METransparent’s Arabic page:

Stopping COVID-19 in Its Tracks: Science Gets the Upper Hand 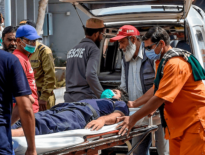 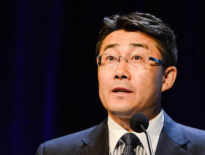 Headlines Not wearing masks to protect against coronavirus i…
0
wpDiscuz
0
0
Would love your thoughts, please comment.x
()
x
| Reply
We use cookies to ensure that we give you the best experience on our website. If you continue to use this site we will assume that you are happy with it.Ok