Stephen Hawking was a singular individual, revered both by his fellow scientists and by the public. His books were bestsellers, his public lectures were always standing-room-only, and as a sign of his broad appeal, he appeared in Star Trek, The Simpsons, and The Big Bang Theory. He became a household name. Hawking was passionate about his science, but also passionate about sharing his unique insights with the world.

His scientific legacy is assured. I believe his discovery that black holes have a temperature is one of the most beautiful and profound accomplishments of humankind, bar none. Hawking presented his results in a paper titled “Particle creation by black holes.” This relatively innocuous title hides a revolution in physics. The paper is staggeringly perfect, combining physical insight with technical mastery, and is thrilling to read even 40 years later and will remain so for the foreseeable future. 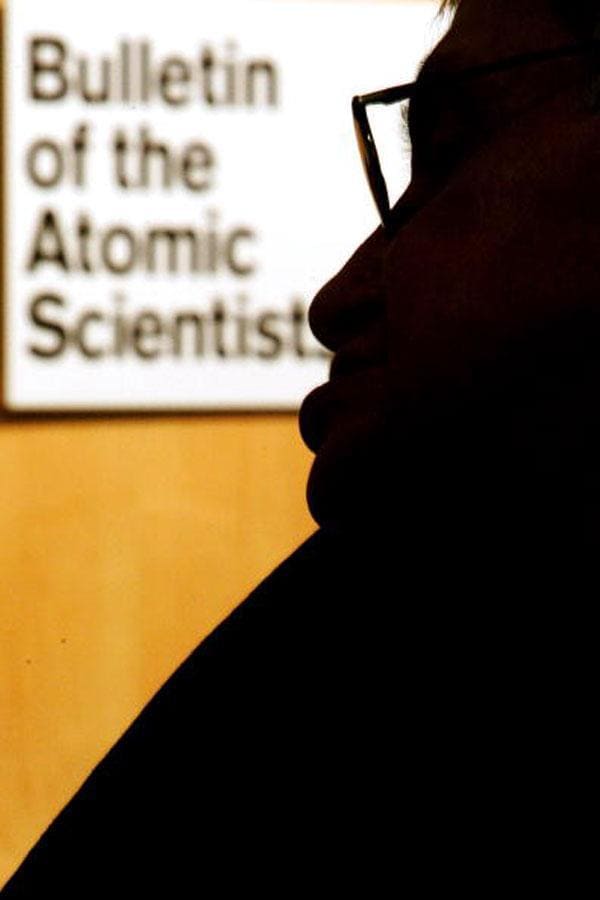 Black holes are the most extreme objects in the universe, regions where the gravity is so strong that nothing can escape. Hawking showed that when you add quantum mechanics, the uncertainty principle results in particles appearing to leak out of the black holes, and thus black holes have a temperature. Black holes aren’t truly black! This is a beautiful result, vividly demonstrating the unity of physics, while hinting at some underlying, fundamental processes that we have yet to understand. Because black holes radiate particles, they must lose mass, in a process known as black hole evaporation. As the black holes radiate they get smaller, and thus hotter, meaning that they radiate energy faster, and thus get even smaller and even hotter, and so on. The result is that all black holes eventually explode! Hawking radiation is still at the very forefront of theoretical physics. There are raging debates about how Hawking radiation actually works, and whether it somehow carries away the information of how the black hole was formed. One of the greatest mysteries in physics is what is left behind after Hawking radiation causes a black hole to fully evaporate.

I met Hawking a few times over the years, including at the University of Cambridge and the University of Chicago. In addition to scientific discussions, I participated in Stephen Hawking’s Universe, a six-part TV documentary about the birth and evolution of the universe, black holes, and other important aspects of modern cosmology. One of my most memorable interactions with him was from when I was a post-doctoral fellow at the Kavli Institute for Cosmological Physics in Santa Barbara. Hawking visited and sat across the hall from me for two weeks. It was wonderful to spend an extended period of time with him and appreciate his insights, intuition, and, especially, his humor.

One memory is particularly vivid: I described a project I had been working on for months; it had to do with how light travels in the universe. After listening politely, he responded with several statements I initially found inscrutable. I went back to my office somewhat deflated; it seemed clear he hadn’t understood what I had been describing. But I continued to contemplate his comments and over the course of the ensuing weeks it slowly dawned on me that not only had he understood, but he had jumped way past me, providing signposts, far off in the distance, that pointed toward a deeper understanding of the subject. It took me months to fully discover and appreciate the entire meaning of his comments.

When he wasn’t exploring the far reaches of the universe, Hawking actively engaged with the here and now. His was a voice that transcended politics, urging us to fully appreciate the world around us and to maintain a healthy perspective, given the immensity of the cosmos. In his later years, Hawking became increasingly alarmed about the potential for human-induced global catastrophe. He helped found the Breakthrough Starshot initiative to try to develop prototypes for interstellar travel; part of his motivation was to develop a back-up plan if the Earth becomes inhospitable. He also joined the Board of Sponsors of the Bulletin of Atomic Scientistsand was a particularly vital and valued member.

When the Bulletin moved the minute hand of the Doomsday Clock closer to midnight in 2007, Hawking said, “As scientists, we understand the dangers of nuclear weapons and their devastating effects, and we are learning how human activities and technologies are affecting climate systems in ways that may forever change life on Earth. As citizens of the world, we have a duty to alert the public to the unnecessary risks that we live with every day, and to the perils we foresee if governments and societies do not take action now to render nuclear weapons obsolete and to prevent further climate change.”

The ensuing decade has made Hawking’s exhortation ever more relevant and urgent. We ignore him at our peril.

Hawking has left the universe a much more interesting place than he found it.

Editor’s note: The New York Times and the BBC have published in-depth explorations of the extraordinary life of Stephen Hawking in obituaries that can be found here and here.

* Daniel Holz is an Associate Professor in Physics, Astronomy & Astrophysics, the Enrico Fermi Institute, and the Kavli Institute for Cosmological Physics, at the University of Chicago. His research focuses on general relativity in the context of astrophysics and cosmology. He is a member of the Laser Interferometer Gravitational-Wave Observatory (LIGO) collaboration, and was part of the team that announced the first detection of gravitational waves in early 2016. He received a 2012 National Science Foundation CAREER Award, the 2015 Quantrell Award for Excellence in Undergraduate Teaching, and the Breakthrough Prize in Fundamental Physics in 2016, and was selected as a Kavli Fellow of the National Academy of Sciences in 2017. Holz received his PhD in physics from the University of Chicago and his AB in physics from Princeton University.

What Was It That Made Stephen Hawking So Great?

Subscribe
0 Comments
Inline Feedbacks
View all comments
Share. Twitter Facebook Pinterest LinkedIn Tumblr Email
Previous ArticlePakistan struggles to get a grip on militancy and ultra-conservatism
Next Article Lebanon Is Boiling. Thousands of Americans Could Get Stuck in the Middle of a War.
wpDiscuz
0
0
Would love your thoughts, please comment.x
()
x
| Reply