Trending
You are at:Home»Categories»Headlines»Saudis Close to Crown Prince Discussed Assassinating Enemies a Year Before Khashoggi Killing
By NYT on 11 November 2018 Headlines

The Saudis inquired at a time when Prince Mohammed, then the deputy crown prince and defense minister, was consolidating power and directing his advisers to escalate military and intelligence operations outside the kingdom. Their discussions, more than a year before the killing of the journalist Jamal Khashoggi, indicate that top Saudi officials have considered assassinations since the beginning of Prince Mohammed’s ascent.

Saudi officials have portrayed Mr. Khashoggi’s death as a rogue killing ordered by an official who has since been fired. But that official, Maj. Gen. Ahmed al-Assiri, was present for a meeting in March 2017 in Riyadh, the Saudi capital, where the businessmen pitched a $2 billion plan to use private intelligence operatives to try to sabotage the Iranian economy.

During the discussion, part of a series of meetings where the men tried to win Saudi funding for their plan, General Assiri’s top aides inquired about killing Qassim Suleimani, the leader of the Quds force of Iran’s Revolutionary Guards Corps and a man considered a determined enemy of Saudi Arabia.

Saudi officials inquired about killing Qassim Suleimani, the leader of the Quds force of Iran’s Revolutionary Guard and one of the country’s most powerful officials.

The interest in assassinations, covert operations and military campaigns like the war in Yemen — overseen by Prince Mohammed — is a change for the kingdom, which historically has avoided an adventurous foreign policy that could create instability and imperil Saudi Arabia’s comfortable position as one of the world’s largest oil suppliers.

As for the businessmen, who had intelligence backgrounds, they saw their Iran plan both as a lucrative source of income and a way to cripple a country that both they and the Saudis considered a profound threat. George Nader, a Lebanese-American businessman, arranged the meeting. He had met previously with Prince Mohammed, and had pitched the Iran plan to Trump White House officials. Another participant in the meetings was Joel Zamel, an Israeli with deep ties to his country’s intelligence and security agencies.

Both Mr. Nader and Mr. Zamel are witnesses in the investigation by Robert S. Mueller III, the special counsel, and prosecutors have asked them about their discussions with American and Saudi officials about the Iran proposal. It is unclear how this line of inquiry fits into Mr. Mueller’s broader inquiry. In 2016, a company owned by Mr. Zamel, Psy-Group, had pitched the Trump campaign on a social media manipulation plan.

A spokesman for the Saudi government declined to comment, as did lawyers for both Mr. Nader and Mr. Zamel.

During the March 2017 meeting about the plan to sabotage Iran’s economy, according to the three people familiar with the discussions, the Saudis asked the businessmen whether they also “conducted kinetics” — lethal operations — saying they were interested in killing senior Iranian officials. The businessmen hesitated, saying they would need to consult their lawyer.

The lawyer flatly rejected the plan, and the businessmen told the Saudis they would not take part in any assassinations. Mr. Nader told the Saudis about a London-based company run by former British special operations troops that might take on the contract. It is unclear which company he suggested.

Before he was ousted last month, General Assiri was considered one of Prince Mohammed’s closest advisers, a man whose sharp ascent tracked the rise of the young crown prince. In 2016, he became the public face of Saudi Arabia’s campaign in Yemen, giving briefings about the state of the war. He traveled frequently to Washington, where Saudi-paid lobbyists brought him to think tanks to give optimistic assessments about the campaign’s progress and he extolled the Saudi concern for the welfare of civilians.

By 2017, however, the Saudi campaign that General Assiri oversaw in Yemen had ground into a military stalemate and, despite his assurances, a humanitarian catastrophe. But his patron, Prince Mohammed, also consolidated his power over all of the kingdom’s security apparatuses, and he promoted General Assiri to the deputy head of the kingdom’s spy agency, the General Intelligence Directorate.

Western analysts believe that Prince Mohammed moved General Assiri there in part to keep an eye on the spy chief, Khalid bin Ali bin Abdullah al-Humaidan, known as Abu Ali, who was close to Western intelligence agencies and suspected of harboring loyalties to one of the crown prince’s royal rivals.

General Assiri was dismissed last month when the Saudi government acknowledged Mr. Khashoggi’s killing and said he had organized the operation. On Saturday, President Recep Tayyip Erdogan of Turkey said his government had handed over a recording of Mr. Khashoggi’s killing to the United States, Saudi Arabia, Britain and France, pressuring President Trump to more harshly punish the Saudis over the murder. 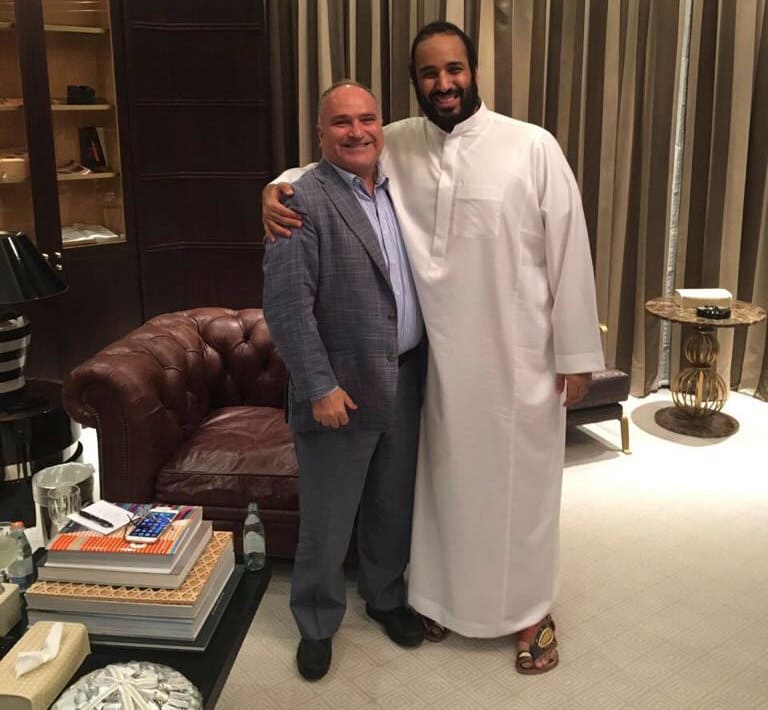 Mr. Nader’s and Mr. Zamel’s plan dates to the beginning of 2016, when they started discussing an ambitious campaign of economic warfare against Iran similar to one waged by Israel and the United States during the past decade aimed at coercing Iran to end its nuclear program. They sketched out operations like revealing hidden global assets of the Quds force; creating fake social media accounts in Farsi to foment unrest in Iran; financing Iranian opposition groups; and publicizing accusations, real or fictitious, against senior Iranian officials to turn them against one another.

Mr. Nader is an adviser to the crown prince of the United Arab Emirates, a country that, along with Saudi Arabia and Israel, has identified Iran as the primary threat to stability in the Middle East.

Both he and Mr. Zamel believed that Hillary Clinton’s anticipated victory in the 2016 election meant a continuation of the Iran nuclear deal signed by President Barack Obama — and little appetite in Washington for a concerted campaign to cripple the Iranian economy. So, they decided to pitch the plan to Saudi and Emirati officials, even submitting a proposal to General Assiri during a meeting in Belgium.

The election of Donald J. Trump changed their calculus, and shortly after, Mr. Nader and Mr. Zamel traveled to New York to sell both Trump transition officials and Saudi generals on their Iran plan.

Mr. Nader’s initiative to try to topple the Iranian economy was first reported in May by The New York Times. His discussions in New York with General Assiri and other Saudi officials were reported last month by The Daily Beast.

Mr. Nader and Mr. Zamel enlisted Erik Prince, the former head of Blackwater and an adviser to the Trump transition team. They had already discussed elements of their plan with Mr. Prince, in a meeting when they learned of his own paramilitary proposals that he planned to try to sell to the Saudis. A spokesman for Mr. Prince declined to comment.

In a suite on one of the top floors of the Mandarin Oriental hotel in New York, Mr. Zamel and Mr. Nader spoke to General Assiri and his aides about their Iran plan. The Saudis were interested in the idea but said it was so provocative and potentially destabilizing that they wanted to get the approval of the incoming Trump administration before Saudi Arabia paid for the campaign.

General Assiri’s interest in assassinations was unsurprising but unrepresentative of official policy, said one Saudi loyal to Prince Mohammed and familiar with the inquiry into the Khashoggi killing. The investigation had shown the general to be a grandiose and ambitious renegade who sought to impress the crown prince with unauthorized schemes for black operations, the person said.

But General Assiri’s well-known closeness to the crown prince — the general often joined Prince Mohammed for meetings in Riyadh with visiting American officials — might make it difficult for the prince’s supporters to distance him from the proposals, just as the same connections have helped convince Western intelligence agencies that the prince must have known about the plot against Mr. Khashoggi.

Moreover, General Assiri and his lieutenants were meeting with Mr. Nader around the same time that Mr. Nader was meeting with Prince Mohammed himself, as Saudi officials have acknowledged. In emails to a business associate obtained by The Times, Mr. Nader sometimes referred to conversations he held with Prince Mohammed — also known by his initials, M.B.S. — about other projects he had discussed with General Assiri.

“Had a truly magnificent meeting with M.B.S.,” Mr. Nader wrote in early 2017, discussing possible Saudi contracts. The crown prince, he said, had advised him to “review it and discuss it with General Ahmed.” 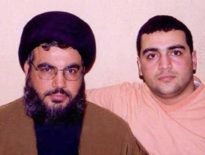 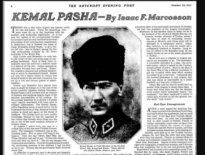 Headlines 1923 interview with Atatürk:  Democracy is the h…
0
wpDiscuz
0
0
Would love your thoughts, please comment.x
()
x
| Reply
We use cookies to ensure that we give you the best experience on our website. If you continue to use this site we will assume that you are happy with it.Ok