Trending
You are at:Home»Categories»Commentary»Saudi ‘Purge’ a Re-Branding Attempt to Launch a ‘Second Kingdom’
By Haisam and Wesam Hassanein on 20 November 2017 Commentary

Most royal family members understand that the crown prince is merely trying to stave off potential unrest, so U.S. critics should reconsider their objections to his recent moves.

Saudi Crown Prince Mohammad bin Salman (MbS) took the unprecedented step of ordering the arrest of 11 princes, dozens of former ministers and business officials, and four current ministers earlier this month. Despite the clucks of disapproval from some in D.C., President Donald Trump tweeted: “I have great confidence in King Salman and the Crown Prince of Saudi Arabia. They know exactly what they are doing.”

Why? The oil-rich monarchy finally has a guy who is willing and has the guts to take the massive responsibility of reforming and increasing the popular legitimacy of the House of Saud after decades of encouragement by successive U.S. presidents.

MbS is doing what former Egyptian and Tunisian Presidents Hosni Mubarak and Zine El-Abidine Ben Ali respectively should have done to avert their downfall. The primary reason behind the anger of the Egyptian and Tunisian people that brought down the Mubarak and Ben Ali regimes is the perception among the youth of the widespread, unchecked corruption among the ruling families and their cronies.

Toward the end of the two strongmen’s rule, Egyptian and Tunisian streets were filled with stories of the prevailing corruption of Mubarak’s sons and their in-laws, and the family of Ben Ali’s wife and her family. Mubarak and Ben Ali have never taken any serious actions to dispel those charges.

Similarly, the Saudi streets nowadays are filled with tales of corruption stories of the royal family and its business allies. Hence, MbS correctly understands the urgency of checking the corruption of those big names in the kingdom. By doing so, he attempts to reinvent a new form of legitimacy that does not depend on the consensus among corrupt religious elites, princes and top business people. Instead, he envisions the creation of a legitimacy that can withstand the test of time.

He attempts to present a second kingdom similar to the concept of the French republics. In this second kingdom, widespread support among the young generations will be a significant factor in formulating decisions. Previously, ultraconservative religious men and elder royals were the ones who were driving the decision-making with little regard to popular sentiments.

The idea of introducing a second kingdom not tarnished with the ills of the past is, in fact, a way to rebrand the House of Saud. Unlike the conventional wisdom in DC that argues that these moves will create an internal coup against MbS, the majority of the royal family, especially the young princes, understands that MbS is merely trying to appease popular sentiments and stave off potential unrest. Additionally, those young princes understand that MbS will not be able to appoint anybody from his branch of the family once he assumes the throne, according to the Saudi succession law. MbS has used this law as a bargaining chip with the rest of the young royals.

Furthermore, many of these young royals are Western-educated and familiar with modern governance systems, unlike their fathers who have ruled Saudi Arabia until recently. These traits enable them to understand MbS’s rapid moves better than many in D.C. would think.

Meanwhile, those who disagree with MbS do not possess enough power to challenge the new order that is being established. They lack their own armies and domestic constituents.

So Trump is right to embrace MbS’s decisions. The irony is that the most vocal voices criticizing the president are officials from the former administration who would have called it a historical moderation of the ayatollah’s regime had Tehran adopted these moves.

Saudi ‘Purge’ a Re-Branding Attempt to Launch a ‘Second Kingdom’

by Haisam and Wesam Hassanein time to read: 3 min 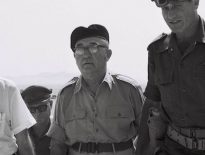 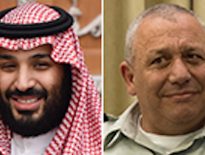 Commentary The strategic interests behind Eisenkot’s Saudi …
0
wpDiscuz
0
0
Would love your thoughts, please comment.x
()
x
| Reply
We use cookies to ensure that we give you the best experience on our website. If you continue to use this site we will assume that you are happy with it.Ok