Trending
You are at:Home»Categories»Headlines»Russians No Longer Dispute Olympic Doping Operation
By NYT on 28 December 2016 Headlines

MOSCOW — Russia is for the first time conceding that its officials carried out one of the biggest conspiracies in sports history: a far-reaching doping operation that implicated scores of Russian athletes, tainting not just the 2014 Winter Olympics in Sochi but also the entire Olympic movement.

Over several days of interviews here with The New York Times, the Russian officials said they no longer disputed a damning set of facts that detailed a doping program with few, if any, historical precedents.

“It was an institutional conspiracy,” Anna Antseliovich, the acting director general of Russia’s national antidoping agency, said of years’ worth of cheating schemes.

A lab director tampered with urine samples at the Olympics and provided cocktails of performance-enhancing drugs, corrupting some of the world’s most prestigious competitions. Members of the Federal Security Service, a successor to the K.G.B., broke into sample bottles holding urine. And a deputy sports minister for years ordered cover-ups of top athletes’ use of banned substances.

Russian sports officials had vehemently denied the doping operation’s existence despite a detailed confession by the nation’s former antidoping lab chief, Dr. Grigory Rodchenkov, in a New York Times article last May that was subsequently confirmed by global antidoping regulators.

The drastic shift in tone may be motivated by Russia’s desire to reconcile with the regulators, who have stipulated that the nation accept the findings of the recent investigation before the country is recertified to conduct drug testing and be a host again of Olympic competitions.

The officials, however, continue to reject the accusation that the doping program was state-sponsored. They define the Russian state as President Vladimir V. Putin and his closest associates.

Ms. Antseliovich, who has not been directly implicated in the investigations, said she was shocked by the revelations. She and others emphasized that the government’s top officials were not involved.

“I don’t want to speak for the people responsible,” said Vitaly Smirnov, 81, a top sports official whose career dates back to the Soviet era and who was appointed this year by Mr. Putin to reform the nation’s antidoping system. Mr. Smirnov said he had not met most of the individuals implicated in a report by Mr. McLaren — emphasizing that they had been dismissed as a result — nor did he know where they were.

“From my point of view, as a former minister of sport, president of Olympic committee — we made a lot of mistakes,” he said, echoing Mr. Putin’s broad denials of a state-sponsored system and noting that he would defer to the global governing bodies of each sport to rule on the evidence.

The 2014 Olympics in Sochi were a pet project for Mr. Putin, who was closely involved in politicking and preparing for them. Proud references to the Sochi Games overwhelm the Russian Olympic Committee’s offices along the Moscow River, including a nesting doll standing roughly six feet tall in the building’s lobby signed by Russian Olympians.

Many of the athletes whose pictures decorate the Olympic committee’s offices have been implicated in this year’s doping scandal, with scores formally disciplined and more than 650 others now accused. One photo shows Russians kissing medals and another shows Paralympians in wheelchairs holding victory bouquets above their heads.

“We have to find those reasons why young sportsmen are taking doping, why they agree to be doped,” Mr. Smirnov said, expressing eagerness to move forward rather than assign responsibility for previous violations.

But even as he and other officials signaled their acceptance of the fundamental findings of Mr. McLaren’s investigation, they were largely unconciliatory, suggesting that cheating to benefit Russia had served to offset what they perceived as preferential treatment for Western nations by global sports authorities.

“Have you seen the Fancy Bear records?” Mr. Smirnov said, invoking medical records hacked by a cyberespionage group believed to be associated with G.R.U., the Russian military intelligence agency suspected of hacking computers at the Democratic National Committee. The medical records revealed that hundreds of Western athletes had been given special medical permission to take banned drugs for legitimate therapeutic reasons.

“Russia never had the opportunities that were given to other countries,” Mr. Smirnov said.

“The general feeling in Russia is that we didn’t have a chance,” he added, acknowledging that anabolic steroids like those taken by Russian athletes have never been deemed medically excusable by regulators.

The supposedly tamper-proof bottles that held Russian athletes’ doping samples in Sochi were manipulated — enabling officials to switch out their steroid-laced urine. Mr. Smirnov and his advisers suggested that the same thing had happened at other Olympics.

“It’s lucky that the WADA had Rodchenkov,” said Victor Berezov, a lawyer for Russia’s Olympic Committee. “Maybe in China, London and everywhere — maybe the same things could happen. Because the system is broken.”

Now, as Russia’s global track-and-field athletes remain barred from competition and its drug-testing operations decertified, Mr. Smirnov and a team of about two dozen people are focused on overhauling Russia’s antidoping system to satisfy global authorities. The group, selected over the summer, includes Russian politicians, Olympians, business people and even a celebrated pianist.

The commission has studied the antidoping systems of countries like France, Germany and Britain, Mr. Smirnov said, conducting seminars for the national governing bodies of various sports and deliberating about how to change cultural mentalities.

Beyond reputational concerns, there are economic considerations also motivating the commission’s work.

Mikhail Kusnirovich, the owner of Bosco, which outfits the Russian national team and the International Olympic Committee, is a member of Mr. Smirnov’s commission.

“We created the idea that it’s cool to be Russian,” Mr. Kusnirovich said, speaking proudly about his company’s designs from his office on Red Square, overlooking the Kremlin and decorated with numerous commemorative Olympic torches, including one from this year signed by the president of the I.O.C.

Hundreds of the uniforms for which his company had fitted Russian Olympians and Paralympians were not worn in Rio de Janeiro, site of the summer Olympic Games, because so many athletes were barred from competition. Russian government officials were also denied accreditation for the Games.

Russia’s place as a frequent host of global sports competitions has also been affected. Numerous competitions that were to take place in various parts of the country in early 2017 have been relocated to other natio

“I don’t believe we have enough time in life to clarify everything, to understand who’s the winner and the loser, who’s right and who’s wrong,” Mr. Kusnirovich said, calling on the authorities not to sanction the nation at a future Olympics for what happened at previous Games. “Even during Stalin’s times there was a saying: ‘The son is not responsible for his father’s sins.’

But as officials communicated their sense of resigned acceptance, they also expressed disinterest in assigning specific accountability for systematic transgressions.

“I don’t believe we have enough time in life to clarify everything, to understand who’s the winner and the loser, who’s right and who’s wrong,” Mr. Kusnirovich said, calling on the authorities not to sanction the nation at a future Olympics for what happened at previous Games. “Even during Stalin’s times there was a saying: ‘The son is not responsible for his father’s sins.’”
NEW YORK TIMES 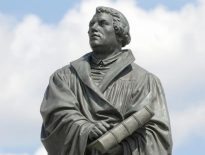 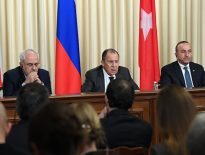 Features While The Administration Slept, Others Plotted
0
wpDiscuz
We use cookies to ensure that we give you the best experience on our website. If you continue to use this site we will assume that you are happy with it.Ok