Although the reported intervention in Syria may spread Russia’s armed forces too thin, the Kremlin seems poised to grow even more aggressive in its near abroad.

According to photo evidence republished in a September 8 Daily Mail report, Russian troops have been on the ground in Syria since at least April. Other reports of Moscow’s increased military buildup there have mentioned additional deliveries of advanced weaponry to the Assad regime, a military advance team, and prefabricated housing units sent to an airfield near Latakia. On September 4, President Vladimir Putin described the talk of Russian troops in Syria as “premature,” but he confirmed that Moscow continues to provide serious assistance through training, weaponry, and equipment. Whatever its current extent, Russia’s increased involvement in Syria raises questions about its overall military capabilities.

After the fall of the Soviet Union, the Russian military entered a sharp state of decline, suffering from low morale, training/discipline problems, lack of modern equipment, and massive corruption. The 2008 invasion of Georgia highlighted what Congressional Research Service described in August 2011 as “large-scale Russian military operational failures”; indeed, Moscow’s forces prevailed only with difficulty over a considerably smaller opponent.

In response, then-defense minister Anatoly Serdyukov unveiled major military reforms in October 2008, aiming to reorganize the army’s structure and chain of command, reduce its size, and create a lean, modern, and competent force by 2020. Russia then began its largest military buildup since the Soviet collapse, with major annual increases in defense spending that are slated to continue until 2020. According to the Economist, the most substantial of these changes is a ten-year, $720 billion weapons modernization program launched in 2010.

As the reforms gained traction, the Kremlin also took an increasingly aggressive posture abroad, resuming bomber patrols in the Atlantic and Pacific, extending leases on military bases in Armenia and Tajikistan, launching plans for a new air base in Belarus, and increasing the size and sophistication of its annual joint military exercises with China. According to the Moscow Times, when Russia annexed Crimea from Ukraine in March 2014, its troops were “unmistakably better trained and equipped” than they had been during the 2008 Georgia campaign (the troops in Crimea were also the Russian army’s elite).

Despite the increased expenditures and signs of success, a March 2014 Congressional Research Service report indicated that “mismanagement, changes in plans, corruption, manning issues, and economic constraints” continued to complicate Moscow’s military reforms. Moreover, Russian experts have raised concerns that the massive spending is being conducted at the expense of economic growth and much-needed investments in infrastructure and education. In a May 2015 article, Russian economist Sergei Guriev concluded that the Kremlin cannot afford its current military expenditures, noting that budget data for the first three months of the year showed military expenditures were more than double their budgeted amount, exceeding 9 percent of the quarterly GDP. “In other words, Russia has already spent more than half of its total military budget for 2015. At this rate, its reserve fund will be emptied before the end of the year,” he wrote. Similarly, Finance Minister Alexei Kudrin left his position in September 2011 because he opposed the increased military spending, among other reasons.

The annexation of Crimea exacerbated these financial constraints. According to Stratfor.com, the need for consistent and strong military support for separatists in eastern Ukraine is only part of the problem — in addition, “the increased tension with the West and NATO has compelled Moscow to increase training, military exercises, and security posturing such as combat air patrols and naval movements.” Amid international isolation, falling oil prices, and a weakened ruble, inflation rose to double digits in Russia, with prices on some basic foodstuffs increasing as much as 30 percent. And as President Obama noted in August 2014, Russia experienced capital flight of somewhere between $100 and $200 billion.

Meanwhile, Russia continues to maintain a large military presence in the rest of its “near abroad,” including stationed troops in Armenia (3,200), Abkhazia and South Ossetia (7,000), Transnistria (1,500), Kyrgyzstan (500), and Tajikistan (5,000), according to a December 2014 Newsweek report. To put this in context, Russia’s entire armed forces comprise between 700,000 and 800,000 personnel, with an army of less than 300,000. Moreover, the military continues to rely primarily on conscripts with limited training.

Russia’s population has been in sharp decline since the early 1990s. As demographer Nicholas Eberstadt wrote in 2011, “The troubles caused by Russia’s population trends…represent a previously unprecedented phenomenon for an urbanized, literate society not at war.” The country continues to face high mortality, low fertility, and emigration of the well-educated in the context of overall economic decline; the Kremlin’s most recent demographical data (from May 2015) shows little change in these trends.

Yet as Russia’s overall population continues to hover at approximately 144 million, its Muslim population has reached around 21-23 million and growing. Muslim families have better health than ethnic Russians (due in part to relatively high alcoholism rates among the latter) and tend to bear more children. According to 2014 statistics from the now-defunct Ministry of Regional Development, the North Caucasus — a Russian region with heavy concentrations of Muslims — has one of the highest growth rates in the country.

This expanding Muslim population is likely to have serious implications for Russia’s security, armed forces, and foreign policy. For example, internal clashes between ethnic Russians and minorities may increase in various parts of the country. Moreover, some analysts believe Muslims may soon make up as many as half of Russia’s military conscripts, raising questions about whether the armed forces would continue to support Moscow’s policies in the North Caucasus. In September 2013, Defense Minister Sergei Shoigu announced that the army would dramatically cut down on conscripts from that region, despite the military’s overall recruiting shortfall and the large pool of potential soldiers in the North Caucasus. This announcement came several years after the military had reportedly already begun excluding conscripts from that area.

Meanwhile, Russia continues to lose its domestic battle with radical Islam, which has intensified and spread throughout the Caucasus and Central Asia. Most recently, tensions have grown in Tajikistan between pro-Kremlin authorities and the Islamist opposition. On September 4, a rare burst of violence hit the capital, Dushanbe, where nine policemen and thirteen militants were killed. Authorities claimed that “terrorists” who sympathize with the so-called “Islamic State”/ISIS were responsible — in particular, they have blamed former deputy defense minister Abduhalim Nazarzoda, a member of the recently banned Islamic Renaissance Party.

As Russia increases its military presence in Syria, it could find itself spread too thin to effectively fulfill its commitments elsewhere. Indeed, on September 5, Ukrainian president Petro Poroshenko stated that the latest ceasefire agreement in the east had been observed for an entire week — something that had not happened since fighting with Russian-backed separatists first broke out. This statement coincided with reports of Russia’s build-up in Syria.

Even so, Moscow shows no signs of decreasing its aggressive posture in its near abroad. In August, Georgia’s Foreign Ministry noted that the Kremlin had deployed troops to Abkhazia “under the pretext of carrying out restoration works over the railway section from Ochamchire to Enguri.” The statement pointed out that Russia had made similar moves prior to its 2008 invasion, when Moscow “illegally launched restoration of the Abkhazian section of the railway and deployment of railway troops to the Georgian territory, which it subsequently used effectively for the transportation of its troops and equipment during the hostilities.” And according to a September 7 Russian Defense Ministry statement, Putin ordered snap military exercises in the Central Military District, a vast area that encompasses the Volga River, the Ural Mountains, and western Siberia.

These trends reveal an important irony: as Russia’s military capabilities decline, the Kremlin will likely grow even more aggressive in its near abroad, including the Middle East. Despite their problems, the Russian armed forces still appear capable of carrying out limited missions, so using their broader decline as an excuse to delay tougher action would be a mistake. A more effective approach would be to strongly condemn Moscow’s buildup in Syria while continuing to pressure the Kremlin on its policies toward its neighbors. 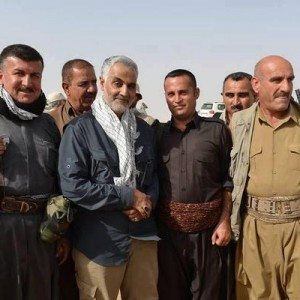 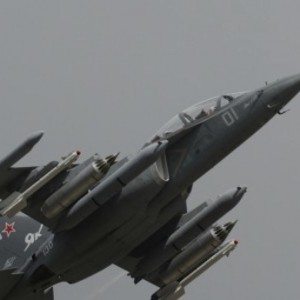 Features This Tiny Russian Plane Has a Ridiculous Amount of…
0
wpDiscuz
0
0
Would love your thoughts, please comment.x
()
x
| Reply
We use cookies to ensure that we give you the best experience on our website. If you continue to use this site we will assume that you are happy with it.Ok