Trending
You are at:Home»Categories»Headlines»Russia Has Deployed Backfire Bombers to Iran
By Tom Cooper on 17 August 2016 Headlines

Tehran violates its own constitution to admit Russian forces

The deployment of Tu-22M-3s to Iran is logical from standpoint of those propagating the idea of a joint, Russo-Iranian war against Islamic State. The deployment also shortens the bombers’ flight times for missions over Syria and thus allows them to carry less fuel and more bombs.

But beyond that, the benefits are illusory and come at a political cost. After all, Iran’s constitution forbids the basing of foreign troops on Iranian soil.

Iran and Russia have been allies of a sort since the early 1990s. Moscow helped complete construction of the first two Iranian nuclear reactors in Bushehr. In 1992, Tehran almost signed a contract for a massive order of Russian-made aircraft — including 12 Tu-22M-3s.

Ever since, the Russian Federation has been a major provider of weapons to Iran. And since 2015, the two governments have cooperated in their respective interventions in the Syrian civil war, and thus it appears logical for Tehran to let Moscow deploy its bombers at bases in Iran.

Especially considering the logistics of basing bombers in Russia for attacks on Syria. Launching from Mozdok Air Base in the Republic of North Ossetia-Alania in southern Russia, the Tu-22M-3s have been striking targets in Syria approximately every third day since November 2015.

But the intensity of the strikes has slackened somewhat since February 2016, when the tarmac at Mozdok supported the weight of up to 25 Tu-22M-3s flying at least two combat sorties over Syria every night.

The route from Mozdok over the Caspian Sea, Iran and Iraq is more than 2,000 kilometers long. This is close to the maximum range for the Tu-22M-3 and thus severely limits the bomber’s useful payload. TFB.3, by contrast, is only around 800 kilometers from Dayr Az Zawr and some 900 kilometers from Palmyra.

Tu-22M-3s based in Iran are therefore going to be able to saturate their targets with a full load of, for example, 67 FAB-250-270 bombs, instead the 12 bombs the planes could carry while flying from Mozdok.

TFB.3 is a near-perfect installation for this deployment. This large and well-designed installation is not only a main hub for the defense of western Iran, it’s always been described as a “strategic” air base, too.

At one time, Iran was one of Washington’s closest allies in the Middle East and this base was thus designed with a possible forward-deployment of U.S. combat aircraft in mind.

For all the current bomber deployment’s apparent logic, it still surprised many observers. That’s because Article 146, Chapter IX of the Constitution of the Islamic Republic of Iran states that “foreign military bases in Iran, even for peaceful purposes, are forbidden.”

Of course, hardly anyone is likely to call out the Iranian government for yet another violation of its own constitution. More damningly for Iran, it’s unlikely Iranian troops will directly benefit from the Tu-22M-3s’ presence on Iranian soil. The VKS has so far provided next to no air support for the Iranian Republic Guard Corps and IRGC-led foreign militias deployed in Syria.

In nearly 12 months, the VKS has flew only around 60 “indirectly supportive” air strikes for such purposes, and then in just two time periods — during the IRGC’s advance on Zahra and Nubol in February 2016, and in the first two weeks of August 2016 as insurgents advanced in southern Aleppo.

Not one of air strikes in question resulted in the provision of close air support for IRGC troops. All the air raids targeted insurgent communications well behind the front line. Something like an exception to this rule were a few air strikes that targeted a portion of the front line north of Aleppo back in October 2015.

But the insurgents there were facing Islamic State, not loyalist troops or the IRGC. Russian bombing directly enabled the extremists — the supposed enemies of Iran and Russia — to make gains.

More importantly, not one of the missions in question involved any Tu-22M-3s. These are exclusively used for striking targets deep within ISIS-controlled areas, at least 150 kilometers away from where most of the IRGC’s troops are deployed.

Perversely, the constitution-violating deployment is useful to Tehran — however minimally—only because the Iranian government, at the IRGC’s behest, has crippled the regular Islamic Republic of Iran Air Force, or IRIAF.

Back in 1978, the IRIAF was one of two most modern, best-equipped and best-trained air forces in the Middle East, ranking second only to that of Israel. Since then, the service has come under suspicion in Iran for disloyalty — and has been subject to frequent and extensive purges.

Not only that — with just a handful of exceptions such as the purchase of MiG-29 interceptors and Su-24 fighter-bombers from the former Soviet Union, in 1990, the government in Tehran has failed to buy new combat aircraft for the IRIAF since 1979.

While granting funding for almost all IRGC-related projects, the government has provided absolutely minimal financing to the IRIAF, hamstringing even its routine maintenance and training schedules.

The IRGC, eager to reserve all the fame for itself, fiercely opposes greater involvement of regular Iranian military forces in Syria.

But the IRGC possesses very little air power of its own. And with the IRIAF too weak to fight abroad and lacking the authority to do so, the IRGC really could use some Russian air support. The Tu-22M-3s now flying from Iran probably aren’t the planes to provide it, however. 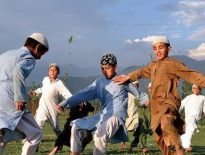 International Sports With mosques under surveillance, IS turns to socce… 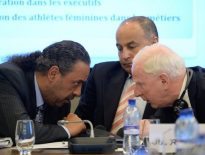 Headlines Patrick Hickey, IOC executive, has bath interrupte…
0
wpDiscuz
0
0
Would love your thoughts, please comment.x
()
x
| Reply
We use cookies to ensure that we give you the best experience on our website. If you continue to use this site we will assume that you are happy with it.Ok