Trending
You are at:Home»Categories»Features»Roads to Raqqa: Potential Turkish and Kurdish Offensives
By Fabrice Balanche on 7 November 2016 Features, Headlines

In the unlikely event that either side decides to follow through on its declared intentions, each has multiple options for advancing on the Islamic State’s heartland.

Over the past several days, Turkey has issued statements signaling its intention to take the Syrian city of Raqqa, apparently with help from the same Arab rebel factions it is using to secure the border area between Jarabulus and Azaz. Similarly, the U.S.-backed Syrian Democratic Forces (SDF) — a mainly Kurdish umbrella group that includes some Arab fighters — reportedly held a press conference on November 6 to announce that they had launched an offensive toward the city, and that some villages had already been liberated along the way. The announcement followed other statements about attacking the “capital” of the Islamic State (IS) by Salih Muslim, leader of the Kurdish Democratic Union Party (PYD), who noted that his forces would be aided by weapons and air cover from the United States. It is by no means clear if Ankara or the PYD/SDF will follow through on these declarations, but analyzing how they might do so provides useful insight into the current military situation in northern Syria and the potential obstacles to besieging the IS heartland, regardless of who leads the charge.

THE SDF ARE CLOSE TO RAQQA

The PYD-led SDF conquered the Tal Abyad district of northern Raqqa province in spring 2015 following their victory against IS in Kobane. As a result, the SDF are only thirty kilometers north of Raqqa city, with a very wide frontline that could allow them to launch a multipronged offensive if they so choose. The territory between the SDF frontline and the IS defensive lines around Raqqa is sparsely populated and has no physical barriers; the local civilian population is concentrated along the Balikh Valley, a dry river during this time of year.

Located a few kilometers north of the Euphrates River on a plateau overlooking floodplains, Raqqa does not have any natural defenses against attacks from the north. Moreover, the city has succumbed to urban sprawl over the years, swelling from 37,000 inhabitants in 1970 to 260,000 by 2011 — a function of the massive rural exodus and huge natural growth that occurred throughout the Euphrates Valley, where the population has doubled every twenty years since Syria achieved independence. Today, the population is almost exclusively Sunni Arab, with the 2013 takeover by Sunni IS forces spurring the exodus of most Kurds (formerly 20 percent of the population) and Christians (1 percent). Many secular-minded Sunni Arabs fled the area as well, though other Sunnis — mainly displaced persons from Aleppo province and thousands of foreign IS fighters with their families — arrived to take their place, and often their homes too.

Raqqa’s sprawl has resulted in a low population density: there is no shortage of land, and illegal settlements represent over half the city. Most of these settlements consist of small, single-floor houses surrounded by vast courtyards, designed for building additional rooms when a family’s children grow up and marry. The downtown area contains multifloor buildings, but they are separated by wide avenues. This urban plan complicates the city’s defense: the large avenues would provide easy access to any attacks by armored vehicles, and IS fighters will not be able to use civilians in the suburbs as effective antiaircraft shields because the homes are single floored.

Before launching any campaign against Raqqa, the SDF would presumably try to capture al-Tabqa city and Thawra Dam forty kilometers to the west. This would allow them to cross the Euphrates via the dam (which doubles as a bridge) and threaten Raqqa from the south, cutting off a potential jihadist retreat route. Thawra also has strategic value as the main source of electricity in the Euphrates Valley. Some have speculated that IS may try to destroy the dam if Raqqa is threatened, but this seems unlikely. Thawra is a “Bulgarian dam,” a pile of earth and rock supporting a concrete wall — a basic design but extremely strong.

In short, the SDF are very well positioned to march on Raqqa. They can encircle the city by taking Thawra to the west and Halabyah bridge fifty kilometers to the east, which would allow them to approach from three directions while guarding against any countermoves from the south. And the proximity of Kurdish territory would make for shorter lines of communication, allowing them to divert more forces from the rearguard to the frontlines. The Turkish army and its local allies would not have the same advantages if they chose to move on Raqqa.

President Recep Tayyip Erdogan has stated that his forces will take al-Bab and then proceed from there to Raqqa. Yet even if the Turkish army and its rebel allies conquered al-Bab, they would still need to travel another 180 kilometers and cross the Euphrates to reach the IS capital. Assuming the Assad regime and its allies permit such a long thrust into Syria (not a given, of course), there are no readily accessible bridges on the western part of the river, so Turkish forces would likely have to go around the southern shore of Lake Assad and cross at Thawra Dam. That would mean seizing all of the towns along the single road that follows this route, including Deir Hafer and Maskanah, whose defenses have been greatly strengthened by IS. The only other nearby bridges are in Raqqa proper, and IS has likely booby-trapped them.

On both sides of Lake Assad, the ground is flat without physical discontinuities, allowing movement beyond the roads if need be. Yet this would force Turkey to further expand its lines of communication, making it more vulnerable — a potentially big problem when fighting IS, a master in the art of raiding from the steppes.

The length of the hypothetical campaign could be a formidable obstacle as well. Assuming that al-Bab falls as fast as Manbij did (two months), and that Turkish-led forces progress at a relatively constant rate (roughly 15 kilometers per month, based on two months to seize the 30 kilometers between rebel territory and al-Bab), it could take another twelve months to cover the 180 kilometers to Raqqa.

Another option is to attack from Tal Abyad, a border town 100 km north of Raqqa. This would allow Turkish forces to proceed through largely empty territory, avoid the natural barrier of the Euphrates, stay out of the well-populated Balikh Valley, and take advantage of a high-quality road network that provides multiple routes of advance on the city. But before crossing swords with IS, Turkey and its allies would have to face the SDF, since the Kurds are unlikely to let Turkish tanks cross their territory freely.

Indeed, the Kurds are well aware that Tal Abyad is their Achilles heel. The PYD drove IS out of the city in spring 2015 to ensure Kurdish territorial continuity, and allowing it to fall now would split the northern border cantons that constitute their nascent “Rojava” statelet. Yet the city and surrounding area are predominantly Arab, so the population’s loyalty is not guaranteed. Moreover, the local Arab clans who took refuge in Turkey after the Kurdish conquest are longing to return in Turkish army vehicles.

Even if Erdogan has no intention of actually advancing on Raqqa, he can still use that goal as a pretext to seize Tal Abyad and al-Bab with Arab support. By doing so, he could break up Kurdish territory and definitively bury the PYD’s dream of extending Rojava along the entire northern border. In this scenario, the United States would likely lose an effective ally in the fight against IS without any guarantee that Turkish forces would march on Raqqa.

It is unlikely that Turkey or the PYD will concentrate on taking Raqqa. U.S. interests would be ill served if the two sides spend most of their energy fighting each other rather than IS. The worst case for the United States would be a Turkish offensive that takes al-Bab and Tal Abyad but goes no further, since this would leave IS in Raqqa while bringing Turkey and the PYD to blows. Yet given his longstanding desire to prevent a united Kurdish zone in Syria, Erdogan may calculate that a sudden attack is a risk worth taking, especially if America is preoccupied by the post-election transition — in his view, winning Washington’s forgiveness after the fact may be easier than securing U.S. permission beforehand.

The current U.S. objective appears to be assembling a substantial Arab force to fight alongside the PYD, persuading the Kurds to lead these fighters against Raqqa, and asking Turkey not to oppose their advance. Yet this would be very difficult to accomplish, particularly in the near term. 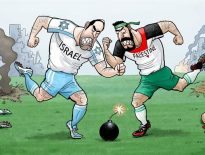 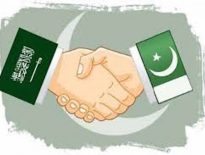 Headlines Taking on militants: A fight for the soul of Pakis…
0
wpDiscuz
We use cookies to ensure that we give you the best experience on our website. If you continue to use this site we will assume that you are happy with it.Ok