Trending
You are at:Home»Categories»Commentary»Responding Effectively to the Military Challenges in Syria
By Jeffrey White on 2 November 2014 Commentary, Politics
The moderate rebel force currently envisioned by Washington would take far too long to arrive on the battlefield and could be easy prey for ISIS and Assad.
Jeffrey White
Monday 27 October 2014

As the Obama administration’s plans for raising a moderate Syrian opposition force become clearer, its approach seems to center on a lengthy recruitment, training, and deployment program initially dedicated to defense against the Islamic State of Iraq and al-Sham (ISIS). If carried out, this plan promises a long delay before significant forces are on the battlefield. It would also limit their potential effectiveness in the near to midterm and perhaps commit them to a protracted enterprise in which defeat is likely.

The administration’s concept is consistent with its fixation on terrorism as the heart of the problem in Syria, and its ill-starred relations with the armed opposition. Faced with the complexity of diverse rebel forces on the ground, unwilling to accept more than minimal risk in supporting them, and focused on worst-case costs and consequences, it is advancing a program with limited prospects.

* Creating a starter force of 5,000 personnel, with initial deployments inside of six months and additional increments to follow

Along the way, a command structure for the force will be created with some connection to a political opposition entity.

This limited approach has many potential problems. The first is its extended timeline. Opposition, regime, and ISIS military activities in Syria have their own drivers and rhythms, which in turn lead to near-term changes on the battlefield, so a program that will not yield significant results for months carries great risk. For example, several major events could occur within six months or so, before the first full increment of 5,000 “defenders” appears on the battlefield; these include the isolation and perhaps fall of Aleppo city to regime forces, the conquest of northern Aleppo province by the so-called “Islamic State,” an ISIS advance toward Damascus, and the rout of rebel forces in northern Hama province through separate regime and ISIS operations. None of these developments is certain, but they are all possible given the current situation and would be very damaging if not fatal to rebel prospects in Syria. Even if one discounts such scenarios, no one — apparently including within the administration — expects ISIS to be defeated or even significantly degraded by the time U.S.-trained forces arrive. In short, the Obama administration’s defensive force could well come too late to play a meaningful role.

Second, creating a force of defenders against ISIS is not consistent with the nature of the current military situation. The rebels are fighting on two fronts, against ISIS and the regime, and the latter seems like the more important priority for them — and indeed for the future of Syria. Moreover, in their war against the regime, the rebels are conducting both defensive operations (e.g., in Aleppo, Damascus, Hama) and offensive operations (Quneitra, Deraa). They cannot and will not ignore this part of the war, so Washington should not ignore it either. The nature of the war in Syria certainly complicates the administration’s “Iraq first” and “terrorism always” strategy, but that is the messy realty of the situation, and the U.S. approach must face up to it.

More specifically, training initial units for purely defensive operations would limit their potential to seize ground when opportunities arise, raising concerns about this limitation becoming engrained among moderate rebels in the longer term. Syrian battlefields are often fluid, at least tactically, with forces rapidly shifting from attack to defense and back. No one in Syria fights purely on the defensive. The history of combat against the regime and ISIS suggests that opportunities to seize territory will present themselves either in the course of operations or as enemy forces redeploy or withdraw. In the past, the rebels have taken advantage of such situations to expand their areas of control. Yet press reporting indicates that the administration’s plan would not produce appropriately prepared offensive forces for at least eighteen months, if at all.

Third, the contemplated size of the force to be raised seems inconsistent with the tasks at hand. ISIS probably deploys ten to fifteen thousand personnel in Syria, in addition to allied local forces. Committing an initial force of less than 5,000 would mean one of two things: either the trained rebels will be spread thin and thus vulnerable to destruction by concentrated enemy forces, or some areas will be left vulnerable to ISIS and regime advances. In either case, failure could prove disastrous for the force’s future and those it is tasked with defending. The administration has refused to consider putting U.S. forces on the ground to assist the rebels, and air intervention alone would not necessarily preclude their failure.

Other uncertainties could create problems as well. For example, it is not clear what types of weapons will be provided to the force. If it is equipped solely with small arms (assault rifles, machine guns, light antitank weapons, light mortars), its capabilities will be very limited, even in a purely defensive role. All forces in Syria employ a wide range of weapons, including significant numbers of heavy weapons (tanks, artillery, mortars, antiaircraft guns, vehicle-mounted heavy machine guns). Lightly armed units would be ineffective against such opponents and likely chased from the battlefield in short order.

How the U.S.-built force would be used and supported in operations is also unclear. As indicated above, the line between defensive and offensive actions in Syria is quite flexible. How could Washington enforce such a line in practice, especially at the tactical level and without U.S. personnel present to determine and shape what is going on? And what happens if U.S.-trained forces suffer reverses on the battlefield? Consistent military success in Syria has been elusive for all parties, and at some point U.S.-backed forces would likely fail even if constrained to a purely defensive role.

The administration’s current train-and-equip plan would create moderate rebel units with limitations destined to frustrate their development and presage their failure if committed to serious combat. Weak, halfheartedly supported units probably cannot succeed on Syria’s Darwinian battlefields; they would more likely become prey for the formidable predators operating there.

Given that events in Syria do not necessarily proceed according to the U.S. timetable, the most promising answer is to build effective moderate forces sooner rather than later using the vetting that has already occurred. This means incorporating existing moderate units into a structure that takes advantage of their numbers, their presence on key battlefields, and their experience in fighting the regime and ISIS. Washington would then enhance its train-and-equip program for these units, especially by providing antitank, antiaircraft, and light artillery/mortar systems.

Finally, such forces should not be constrained to a defensive role against ISIS — they should be expected, even encouraged, to fight the regime as well. They will have successes and failures, but the United States would not “own” them in the same sense it would with a force built from scratch. And there would be risks, as there always are when working with irregulars: unauthorized weapons transfers, criminal activity, violations of the rules of warfare, and so forth. But this kind of force is more likely to be deployed in a shorter timeframe, and to be more effective on the battlefield against ISIS and the regime.

Jeffrey White is a defense fellow at The Washington Institute and a former senior defense intelligence officer.

Responding Effectively to the Military Challenges in Syria 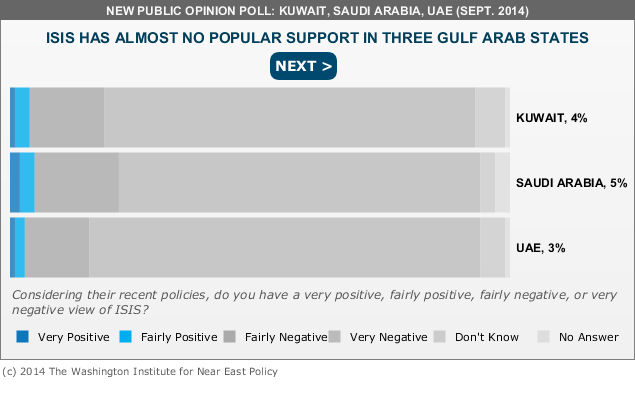 Commentary Interview with an Islamic State Recruiter: ’Demo…
0
wpDiscuz
We use cookies to ensure that we give you the best experience on our website. If you continue to use this site we will assume that you are happy with it.Ok