Trending
You are at:Home»Categories»Headlines»Michel Foucault and Iran’s Ayatollahs
By Dr. Reza Parchizadeh on 30 May 2020 Headlines

EXECUTIVE SUMMARY: The Islamic Revolution in Iran, which brought Islamists to power for the first time in modern history, pitted the global left—perhaps best personified by Michel Foucault—against the global right. To this day, the global left’s advocacy for Islamism continues to guide the West’s general approach toward the Middle East.

The Islamist regime in Iran has now been firmly in power for over 40 years. The leaders of the regime and those they favor continue to benefit from their decades-long rule, but the people of Iran—as well as the countries in its neighborhood—suffer from the tyranny and terror unleashed on them by the regime and its ruthless Revolutionary Guards.

Analysts of different stripes usually tend to interpret the so-called “Islamic Revolution” of 1979 as the manifestation of the yearning of the Iranian people to free themselves from the tyranny of monarchy and Western interference. They tend not to mention that the revolution had a broad ideological scope that pitted the global left against the global right on the Iranian battleground.

Some of the most influential Western leftist intellectuals had a great personal stake in the Iranian revolution.  They played a significant role in pushing Iran into the arms of Islamism in order to fulfil their ideological dream of “defeating capitalism” around the world.

The foremost of those intellectuals was French philosopher and journalist Michel Foucault.

Foucault’s interest in Islamism started in 1978, when the Italian newspaper Corriere della Sera called on him to write a series of articles about Iran. To fulfill that assignment, Foucault spent time among members of the left-leaning Confederation of Iranian Students and other opponents of the Pahlavi regime in Europe. He then went to Tehran and met with many prominent revolutionaries. When he returned to France, he visited Ayatollah Khomeini in the village of Neauphle-le-Château near Paris where he was exiled at the time.

Foucault strongly supported what he called the “spiritual revolution” in Iran, an event he believed was meant to save humanity from the clutches of materialism and capitalism. Though he was occasionally called out in French intellectual circles and in the French press for taking such a stance, he did not stop supporting the Islamist revolution.

However, the subsequent violence of the Islamofascist regime eventually repelled even the enthusiastic Foucault. When news of summary executions on school rooftops in Tehran and mass executions of regime opponents in prisons—especially those who had leftist leanings—began to make the rounds in the international media, Foucault was severely hurt both intellectually and emotionally. He wrote a letter to the PM of Iran’s interim government, Mehdi Bazargan, in which he condemned the violence. It was at that point that Foucault began to distance himself from Islamism, a subject he avoided until his death a few years later.

The impact of Foucault’s experience with the Iranian revolution can be perceived in his later works, especially The History of Sexuality (1976-84). In this three-volume study on the epistemology of power—one of his most mellow works—he challenges some of his own most controversial earlier positions. In this work, Foucault no longer regards capitalism as a totalitarian system. Despite its shortcomings and constraints, he sees in it room for positive action.

Be that as it may, the legacy of Foucault’s advocacy of Islamism remains with us to this day. His favor made it much easier for the Islamists to justify their positions to Western audiences despite their tyranny and violence in the Middle East, North Africa, and Southeast Asia. Leftists, who are hostile on principle to Western values under the all-encompassing term “capitalism,” felt free to ally themselves with Islamists and thereby helped to promote their agenda in the West.

Almost from the very beginning of the revolution in Iran, it became fashionable in the Western academic world to employ Islamist professors, scholars, and researchers. The recruitment of Islamists at Middle East Studies centers in Europe and North America, and their promotion in influential Western media, became commonplace. Over the past 40 years, the global intellectual approach to Iran has thus been firmly in the clutches of Islamists and their left-leaning allies. Iran has enjoyed Western intellectual protection throughout its descent into decades of tyranny reminiscent of that of the tsar-like Putin and Communist China.

Throughout these years, liberal Iranians who called for Western-style democracy in Iran and normalization of relations with the West, Israel, and the Arab world have been opposed and silenced with the chimera of “Islamophobia.” However, as the majority of the people of Iran and the Middle East are sick and tired of Islamism, a great opportunity has arisen to reverse that trend.

Iran must be brought back to the West. But to achieve that end, Islamism must lose its intellectual impunity and be relentlessly put to question. The time has come to review and banish entrenched clichés for the sake of a more liberal, peaceful, and prosperous world. As the mayhem started in Iran, it is only appropriate that it should also end in Iran.

Dr. Reza Parchizadeh is a political theorist, historian, and senior analyst. He can be reached at https://twitter.com/rezaparchizadeh and https://iup.academia.edu/RezaParchizadeh. 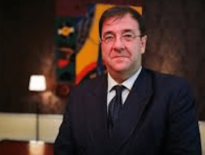 Headlines Lebanese Writer: French Ambassador To Lebanon Serv…
0
wpDiscuz
0
0
Would love your thoughts, please comment.x
()
x
| Reply
We use cookies to ensure that we give you the best experience on our website. If you continue to use this site we will assume that you are happy with it.Ok