Trending
You are at:Home»Categories»Headlines»Making The U.S. State Department Great Again: Why A Trump Refit Could Be Good News
By Alberto M. Fernandez on 23 January 2017 Headlines

Much of the recent media coverage of the new Trump administration has an air of hysteria about it. The barbarians are seemingly at the door and are actually taking over, the lights are going out over America and being replaced by darkness. This hyperbole seems to extend across the board, including speculation about the future course of U.S. foreign policy and the running of the Department of State.

The coverage on State has included some naïve (or intentionally ill-informed) pieces on the incoming Administration demanding political appointee ambassadors leave no later than Inauguration Day and on the Trump transition team requesting details about programs and personnel related to Countering Violent Extremism or gender issues.[1] Most of this has been presented in ways that seem to be both alarmist and often ignorant of the way government actually works and how incoming administrations function.

Unnamed Foreign Service officers have done themselves no favors by coming across in various media as either delicate hothouse flowers with easily hurt feelings or as monolithically liberal Democrats.[2] This seems to be a skewed caricature of the Foreign Service I once knew.[3]

One of the more balanced and expansive pieces on the future state of American diplomacy under President Trump appeared in Politico on January 18, 2016.[4] Even though this article was better sourced than others, it also began with an alarmist spin that a Trump restructuring of the State Department to focus more on counterterrorism “could dramatically reduce the time and resources devoted to climate change, promoting democracy abroad and other programs seen as liberal priorities.”

I have no crystal-ball insight on what the Trump Administration actually intends to do, but a rethink at State could be a very good idea, and most of the ideas mentioned in the Politico piece are actually commonsensical. The Department of State is long overdue for a serious re-evaluation – something that was talked about but not actually done under President Obama’s two appointees, Hillary Clinton and John Kerry. Both of these failed presidential candidates often seemed to be more concerned about making the grand gestures, the big ambition, rather than focusing on making the Department more efficient and focused, given budget and political realities.

The general thrust of the possible changes includes a stronger focus on counterterrorism, beefing up State’s intelligence function (INR) and rightsizing its refugee (PRM) function, cutting back on special envoys, and on those “liberal priorities.”

The idea seems to be to focus on fewer things, but on the more important ones, and this is something that should be welcomed by hardworking, overstretched American diplomats often tasked in the past by Washington with the latest trendy progressive enthusiasm. I recall one senior career official working on Africa complaining to me in 2014 about a heavy handed, politicized overemphasis on promoting a liberal advocacy agenda on the continent which distracted from political priorities involving war and peace. The fact that the Department is tasked to do too much that is marginal to the core work of diplomacy has only underscored State’s bureaucratic disadvantage over larger, better-staffed and -funded entities like the Defense Department.

As for climate change, this is something that both Secretary Kerry and President Obama highlighted, of course, but that actually involved very few people and offices in the Department. Indeed, some in my time saw this top-down focus on climate change as somewhat of a distraction from the immediate work of traditional diplomacy involving bilateral relations and the usual political and security challenges we faced worldwide. Senior officials involved in areas in the world that were on fire would nervously look at each other while Kerry waxed lyrical about rising seas.

Also very much in play is a greater focus on the challenge of radical Islam.[5] This is also overdue, as the ideological dimension of Salafi-jihadism and its Islamist supremacist rivals has often been ignored by government (not just at State), and particularly by the Obama administration.

The outgoing president’s reticence in speaking about this has too often filtered down into the ranks, into a culture of political correctness and inertia seemingly aimed more at pleasing progressive constituencies rather than influencing foreign Muslim audiences. Several contacts once told me that using words like “jihad” and “jihadism” was frowned upon, if not actually banned, in 2015-2016 in my old office at State that dealt with the jihadis’ propaganda challenge.

The larger question perhaps is whether State can learn to “do ideology” – not just Islamism and jihadism – in a smart and effective way that makes sense given the skillsets and budget available at Foggy Bottom. Recognizing the ideological dimension of the problem and seeking to address it is a step in the right direction but it is also easy to be crude and clumsy in such a delicate task.

There are, of course, many actual Arab Muslims who clearly see that there is an ideological conflict going on in the Muslim world, and MEMRI has documented and translated their brave ongoing struggle for years.[6] This should have been obvious to government long ago.

The Politico piece seems to imply that the Trump people may also have a low view of Public Diplomacy (PD), described in the article as “promoting U.S. arts and culture” or “promoting the arts and minority groups.” This is not actually all that PD does, but is an accurate description of what is sometimes highlighted by the political leadership PD has often been afflicted with. Certainly, a long hard look at the work of USG broadcasting and the “PD Bureaus” at State (ECA, IIP, PA) is overdue, even though this represents a very small part of the Department’s overall budget. There is no lack of studies going back years on how to “reform” Public Diplomacy. But finding and honing “the hard edge” of PD is a must in an age in which governments like Russia and terrorists like the Islamic State (ISIS) effectively and creatively use propaganda to advance their interests.[7]

Some liberal internationalists have expressed concern that a Rex Tillerson-led State Department may not stand up enough for human rights (the same crowd, of course, has been rather silent on human rights abuses in Cuba, incredibly portrayed as an Obama administration “accomplishment”).[8] Concern about human rights has also motivated criticism by non-liberal Republicans like Senator Marco Rubio at Tillerson’s confirmation hearings.

But even here – without a wholesale discarding of human rights advocacy – a careful, pragmatic rethink may be in order. There is a lot in this field which sometimes seems to be bureaucratic and reactive, without an adequate regard for overall U.S. interests. For example, banning, on human rights grounds, the sale of dual use items – like civilian helicopters – may make the advocacy community feel better, but can hurt American business and jobs and does little good if the country in question can get similar items from China or France or Brazil. And combating the ideological scourge of Salafi-jihadism is also very much a blow for human rights and a service to mankind.

It is entirely possible that a new leadership at State may not be able to implement an ambitious reform agenda at the first federal agency created by George Washington in 1789. They may not be up to the challenge, or an entrenched bureaucracy may stifle change. And change itself can be done badly or be counterproductive. Or a whole range of long neglected short-fused crises may consume all the energies of the new foreign policy team. However, a refit at the State Department is very much an endeavor worth trying, to make it more efficient and more focused on core issues, on national interests and imminent threats, rather than seeking to remake the world in the image of the Acela corridor elite.

*Alberto Fernandez is Vice-President of MEMRI.

Making The U.S. State Department Great Again: Why A Trump Refit Could Be Good News 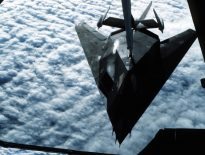 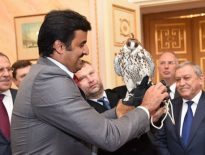 Features Qatari backtracking on labour rights and cooperati…
0
wpDiscuz
We use cookies to ensure that we give you the best experience on our website. If you continue to use this site we will assume that you are happy with it.Ok