The trend of dwindling support is now unmistakable. The percentage of Shia voicing a “very positive” opinion of Hezbollah, while still a majority, has dropped slowly but steadily over the past three years. Today it is almost 20 points lower than in late 2017.

This trend almost certainly reflects increasing anger at Hezbollah’s role in the corruption, intimidation, and acute economic crisis plaguing the country, accelerated by its perceived responsibility for the devastating explosion in Beirut’s port last August. Remarkably, 79% of Lebanese Shia report a positive view of “the anti-corruption street protests.” Still, the majority (66%) continue to express a very positive opinion of Hezbollah. An additional 23% hold a “somewhat positive” opinion of it.

At the same time, Hezbollah’s popularity has plummeted even further among Lebanon’s Christian and Sunni communities. Just 16% of Christians and 8% of Sunnis now report even a “somewhat positive” view Hezbollah. That sentiment seems the same among the country’s tiny but disproportionately influential Druze minority as well, of whom a mere 14% report a favorable attitude toward Hezbollah at this time. However, this subsample is too small, in line with its proportion of the total population, for firm statistical conclusions.

The recent launch of Lebanese-Israeli Mediterranean border talks attracts wide overall popular approval, particularly from Lebanon’s Sunnis and Christians—but also, more counterintuitively, from many Shia as well. Two-thirds of Sunnis (70%) and Christians (67%) agree that those talks are “a positive development”; half (51%) of Shia agree, with a mere 19% of all Lebanese expressing “strong” disagreement. This notably favorable reaction probably stems from the expectation, premature as it may be, that a resulting offshore natural gas windfall will ease the country’s dire economic straits.

In sharp contrast, however, the new full peace agreements between Israel, the UAE, and Bahrain evoke generally bad reviews from respondents. Two-thirds of Christians and three-quarters or more of both Sunnis and Shia label those deals at least “somewhat” negative. Interestingly, in just this one Arab country, among six others surveyed, the pollster would not even allow a follow-up question about whether “those who want to pursue personal or business ties with Israelis should be allowed to do so.”

Lebanon’s public is sharply divided by sect regarding relations with major regional powers like Iran or Turkey. Nearly all Shia (94%) say it is important to have good relations with Iran. Yet just a third of Christians, and merely 17% of Sunnis, agree.

That polarization extends to particular issues of Iran’s regional role. Among Lebanese Shia, a stunning 85% view the end of the UN arms embargo on Iran last month as a positive development; in stark contrast, only 27% of Sunnis and 21% of Christians agree. Similar disparities in responses appear regarding the Houthis, Iran’s client in the Yemeni civil war: 79% of Lebanon’s Shia view that faraway group favorably, while a mere 18% of Lebanese Christians and 9% of Sunnis concur.

For Turkey, a leading Sunni country, the picture is roughly the reverse: 65% of Lebanon’s Sunnis say good ties with Ankara are important, compared with 27% of Christians and only 7% of Shia who say the same. As in other parts of the region, Turkey has lately become increasingly active in Lebanon—especially in the northern, mostly Sunni part of the country, but in the mixed capital of Beirut as well.

France, however, is one country about which Lebanon exhibits consensus. 94% of Sunnis, 87% of Christians, and (more unexpectedly) 69% of Shia believe good relations with France are important. Nearly all respondents (90%) from Lebanon’s small Druze minority share this assessment. This surely reflects historical and cultural ties, along with recent diplomatic discussions about a large French economic aid package.

By comparison, the United States rates considerably lower, especially among Shia. Just 7% of that group says good Lebanese-U.S. relations are important. Among Lebanon’s Christians, again surprisingly, that figure is only 38%. Highest in this category today are Sunnis, of whom almost half (46%) think it important to maintain good ties with the United States.

President Trump also polarizes the Lebanese public, although along somewhat different lines. The clear majority of Christians (70%) said “it would be better for our country if Donald Trump is reelected as U.S. president.” But a substantially narrower majority (57%) of Sunnis—and a mere 16% of Shia—agreed with that judgment. The question is now basically moot; a future poll will measure how each community responds to President Joe Biden and his policies.

When it comes to a broader U.S. Middle East policy, there is currently a marked consensus among all three groups. The overall plurality (43%) picks “providing more economic aid and investment” as their top suggestion for Washington. In second place (34%) is “pushing for a solution to the Palestinian-Israeli conflict.” Other issues like Iran, Yemen or Libya rank far behind.

Surprisingly, the results of this survey show only very modest differences, if any, between those Lebanese citizens under or over 30 years of age. For example, among the total population, the proportion of those in either cohort with a positive opinion of Hezbollah is exactly the same: 35%.

Nevertheless, on a few specific questions, the under-30 crowd is as expected somewhat more moderate, or at least less hardline. While 78% of their elders dislike the UAE/Bahrain normalization with Israel, that figure drops modestly to 67% among Lebanon’s younger generation. Similarly, 41% of the younger cohort thinks good ties with the United States are important, compared with just 25% of those older than 30.

These findings are from a survey conducted October 17-November 9, 2020 by a highly reputable, independent, and totally apolitical regional commercial market research firm, among a representative national sample of 1,000 Lebanese citizens. Unlike most other claimed surveys, this one comprised face-to-face interviews with a true random (geographic probability) sample of the total population, yielding credible results fully in line with the highest international professional standards.

The statistical margin of error for such a sample is approximately 3%; for the three major sectarian subsamples, each around a third of the total, it is approximately 4.5%. Comprehensive methodological details, including sampling procedures, quality controls, complete questionnaire, and other pertinent information are readily available upon request.

David Pollock is the Bernstein Fellow at The Washington Institute, focusing on regional political dynamics and related issues. 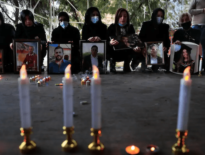 Features Lebanon’s Hezbollah suing those accusing it of p… 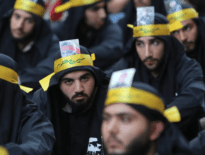 Headlines Hezbollah Has Become the Middle East’s Weak Hors…
0
wpDiscuz
0
0
Would love your thoughts, please comment.x
()
x
| Reply
We use cookies to ensure that we give you the best experience on our website. If you continue to use this site we will assume that you are happy with it.Ok