Lebanon is a country of 4.5 million people hosting 1.5 million Syrian refugees—the equivalent, percentage-wise, of all of Canada and half of Mexico flowing into the U.S. in about four years. In meetings I had last week in Beirut, the country’s Minister of Refugees told me that Lebanon is the “sandbag” against a rising flood that keeps this problem from overflowing to Europe and the West. And after speaking with President Michel Aoun, Prime Minister Saad Hariri, and other top government officials, I fear that Lebanon may not be able to cope much longer.

The Lebanese have borne direct and indirect costs of nearly $20 billion as a result of the Syrian refugee crisis, in a country with an annual GDP of $48 billion. Half the refugee children are not in school (which are plagued by overcrowding), power shortages produce less than half the needed electricity, only one-third of households have access to clean water, and the environmental damage from lack of sewage treatment is a disaster.

Meanwhile, the country needs to protect its borders from al Qaeda and ISIS, a daily threat to the country and the Lebanese Armed Forces (LAF).

Fortunately, America has shown its trust in and support of the LAF, supplying more than 90 percent of its equipment, logistical support, and training. In return, the LAF have refused to accept military hardware from Russia and Iran, preferring its privileged relationship with the U.S. In our discussions with the new Commander of the LAF, General Joseph Aoun, who is visiting the U.S. this week, it was strikingly apparent that the U.S. has a real partner and collaborator in the wider fight against terrorism in the region.

As the U.S. considers new budget constraints, now is not the time to decrease support for the LAF. A consistent multi-year commitment from the United States is vitally needed in order for Lebanon to be able to prepare multi-year strategies with our military, to properly plan together in our shared and continued fight against terrorism.

Similarly, America has shown its support for the Central Bank of Lebanon, a trusted partner of the U.S. Pursuant to the consensus of all major sects in the country –  Christian, Sunni, and Shiite alike – to ensure that its financial system is consistent with the laws of the United States, the Bank works closely with the U.S. Treasury Department in preventing the flow of Hezbollah terrorist funds through the Lebanese banking system. Now the Central Bank is turning to the West for assistance to rebuild Lebanon and bring jobs to the Syrian refugees, and the U.S. should step up to the plate.

Earlier this year, the Lebanese government participated in a conference in Brussels on the future of Syria and the region and produced a vision for the stabilization and development of Lebanon. This proposal addresses the massive infrastructure, environmental, power, water and education pressures caused by the Syrian refugee crisis. It consists of a multi-billion dollar program of concessional loans and grants, provided through the World Bank, the international community, and the private sector, to rebuild Lebanon, while prioritizing jobs for Syrian refugees.

Of course in the longer term, nothing will help Lebanon more, and bring more hope to the Syrian refugees, than ending the war. And many Lebanese who spoke with me during my visit expressed optimism that after a lack of U.S. leadership for the past decade, the Trump administration, by its recent military actions, would bring much-needed American power and leadership to force Russia and Syrian President Bashar Assad to the negotiating table.

In the meantime, however, there are ways to support win-win solutions for countries like Lebanon. This is a country where we have had reliable partnerships in the past and can do so in the future.

Edward M. Gabriel is a former U.S. ambassador to Morocco and current president of the American Task Force for Lebanon, a nonprofit group based in Washington, D.C. 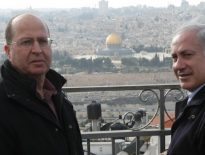 Headlines ‘There are snakes in the Kirya, vipers in th… 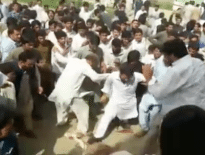 Features Blasphemy and Terrorism: Catchall Phrases to Repre…
0
wpDiscuz
0
0
Would love your thoughts, please comment.x
()
x
| Reply
We use cookies to ensure that we give you the best experience on our website. If you continue to use this site we will assume that you are happy with it.Ok