Trending
You are at:Home»Categories»Headlines»Israeli Arabs, it’s time to play the political game till the end
By Salman Masalha on 3 March 2020 Headlines

Every right-wing claim across the spectrum against the Arab Joint List is fundamentally a lie. According to the law, “a candidates’ list shall not participate in elections to the Knesset, and a person shall not be a candidate for election to the Knesset, if the objects or actions of the list or the actions of the person, expressly or by implication, include one of the following: one, negation of the existence of the State of Israel as a Jewish and democratic state; two, incitement to racism; three, support of armed struggle, by a hostile state or a terrorist organization, against the State of Israel.”

The parties that make up the Joint List operate according to the law. The High Court of Justice has rejected every request to disqualify an Arab party or Arab candidate.

Indeed, all political streams among Israeli Arab citizens, save for the Northern Branch of the Islamic Movement, seek to participate legally in the political game. These parties also wage a determined political struggle against their disqualification, or against disqualification of their candidates from running in elections. This writer was asked to write an opinion to submit to the Central Elections Committee in opposition to a petition to disqualify the candidacy of former Balad MK Haneen Zoabi.

However, anyone who fights passionately to participate in the political game of the so-called Jewish democratic state, must play it to the very end. A party that runs for the Knesset is supposed to aspire to take the reins of power to fulfill its political, social and cultural vision for the sake of all the state’s citizens. It’s the substance of the democratic game and the role of the parties.

It is clear to any intelligent person that advancing the interests of Arab citizens, a minority, cannot bear results without participating in the countries institutions of power and without the support of the Jewish majority. Therefore, the Joint List has to think bigger, and for Arab citizens that means building bridges with the wider public among the Jewish majority, who are ready to cooperate for the sake of joint goals for all Israeli citizens.

Most polls gauging the mood of Arab citizens in recent years point to the existence of a clear majority of them seeking to integrate into all the state’s institutions, including the option of their representatives participating in a governing coalition.

In light of the delegitimization campaign against the Arab public and its representatives in the Knesset, that the right is waging under the leadership of Benjamin Netanyahu, a man who has been indicted for bribery, fraud and breach of trust, it is the duty of every fair-minded citizen in Israel during these Days of Awe to act for the sake of Arab citizens participating in the institutions of power. Such participation makes a value statement that they are sick of racism, and that the time has come to reverse course before divine punishment arrives.

The issue also obliges the Joint List to set clear conditions for anyone who seeks its recommendation to the president as a potential prime minister. There are no more free lunches. A condition for recommendation is accepting the Arab peace plan for ending the Israeli-Palestinian conflict, and striving for peace. Those who do make such a recommendation must also accept practical responsibility – by participating in the coalition and in the operation of government ministries. Only fulfilling executive roles in the government provides the power to change the racist atmosphere in Israel.

The time has come to think about a joint future in this country. Because Israeli society is sick, we need to place the education and health ministries in the hands of the Joint List. Thus will it be possible to reeducate this society and heal it.

Share. Twitter Facebook Google+ Pinterest LinkedIn Tumblr Email
Previous ArticleLebanon crisis: the Maronite church is at odds with the state
Next Article Turkey Has a Drone Air Force. And It Just Went to War in Syria.
Subscribe
0 Comments
Inline Feedbacks
View all comments

Israeli Arabs, it’s time to play the political game till the end 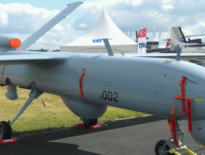 Headlines Turkey Has a Drone Air Force. And It Just Went to … 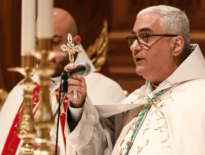 Headlines Lebanon crisis: the Maronite church is at odds wit…
0
wpDiscuz
0
0
Would love your thoughts, please comment.x
()
x
| Reply
We use cookies to ensure that we give you the best experience on our website. If you continue to use this site we will assume that you are happy with it.Ok