Trending
You are at:Home»Categories»Headlines»Israel Plans to Counter Hezbollah With Hundreds of Surface-to-Surface Missiles
By War is Boring on 1 January 2017 Headlines

Not unexpectedly, the IDF is developing its own missile response to Hezbollah missile attacks. Not a good news to lebanese civilians some of whom might ask: what kind of a psychological barrier (and not any presumed U.S. opposition!) forbids IDF strategists from pondering ANY response against Teheran itself in case of a new war launched by Iran through its Hezbollah proxy?  It is not no act of bravado to announce that (occupied) Beirut would be bombed by Israeli missiles. Teheran is not out of bounds for Israeli Air force, or even for Israel’s submarines. The origin of the Hezbollah evil lies in Teheran, not in occupied Beirut. Go after the Mullas! That would be real deterrence!

Israel’s government is considering a proposal from Avigdor Lieberman, the country’s hawkish defense minister, to supply the Army with hundreds of new, satellite-guided rockets and missiles.

These rockets would be more numerous, with bigger warheads and being capable of striking farther away. And it means the Army would — in the event of a repeat of the 2006 war with Hezbollah — play a bigger role in deep-strike missions typically reserved for the Israeli Air Force.

The IAF is, understandably, sweating. Air Force officials have also protested the idea, according to a Dec. 26, 2016 report by Haaretz.

But more significant than an inter-service rivalry is what the proposal reveals for an Israeli military still figuring out how to fight after its bloody, 34-day war with Hezbollah in 2006.

After Hezbollah captured two Israeli soldiers on July 12, 2006, officials in Jerusalem rushed to order what they expected to be a decisive military response. But Israel’s forces took unexpectedly heavy losses and failed to secure most of their objectives.

During the intervention, the Iranian-backed Shia militant group fired thousands of rockets into Israel, continuing to do so up until a cease fire halted the fighting. The attacks displaced half a million Israelis from their homes.

If that weren’t enough, after the fight stopped, Hezbollah replenished and expanded its rocket arsenal. Despite the group’s losses in Syria’s civil war, Hezbollah remains one of Israel’s most serious threats.

So, Israel is looking at buying three new types of rockets and missiles — all produced by Israeli companies. The new weapons would put most of Lebanon within range.

The third is the LORA surface-to-surface missile, which travels out to 186 miles and carries a 1,300-pound warhead. To give a sense of the relative ranges, Jerusalem and Beirut are less than 150 miles apart.

As of 2016, Israel’s known rocket artillery was limited to a small number of shorter-range Romach and Menatetz launchers. However, the Syrian government alleged that Israel fired surface-to-surface missiles at the Mezzeh military airport on Dec. 7, 2016, beyond the Romach’s range.

Israel later acknowledged a strike targeting weapons bound for Hezbollah, but did not specify whether ground-launched rockets were involved. Notice the trend — Hezbollah is not standing still.

The militant group could possess 100,000–150,000 rockets, most of them short range Katyusha-style weapons targeting northern Israel. For the Israeli military’s part, it prefers short wars that take the initiative into enemy territory.

A large Hezbollah rocket stockpile undermines that strategy, as it’s not possible for Israel to take out the thousands of launchers without occupying Lebanon — and at a bloody and politically unacceptable cost in Israeli life. Many officials in Jerusalem know exactly what such an operation would look like — Israeli troops occupied southern Lebanon between 1982 and 2000.

Without the possibility of a large operation on the ground, Israeli commanders would have to rely on aircraft, ship-launched missiles and shells and artillery to counter Hezbollah. The militants know this and have been working to acquire advanced weapons to protect themselves from the stand-off attacks.

The SA-22 is Russian-made air defense system that combines phased array radars with missiles capable of downing fighter jets — although as a “point defense” weapon it can only defend a relatively small area. In any case, the threat of Hezbollah air defenses forces Israeli aircraft to fly at higher altitudes, reducing their ability to hit targets on the ground.

In 2006, Hezbollah made use of deadly anti-ship missiles from Iran, knocking the Israeli corvette INS Hanit out of action. Hezbollah also now has armed drones.

The Israeli Army would likewise face heavy resistance in another clash with Hezbollah. In January 2016, commanders from the militant group told The Daily Beast they had begun receiving laser-guided rockets, missiles and anti-tank weapons direct from Russia — with no restrictions on who Hezbollah uses them on.

Hence why Israel is mulling a surface-to-surface missile and rocket stockpile of its own. This would provide “somewhat of a counterweight” to Hezbollah and ease the burden on the Air Force, according to a Haaretz summary of defense officials’ thinking.

Rockets would also be an useful weapon were Israel to implement a Dahya strategy during a third Lebanon war. This name derives from a predominantly Shia suburb in south Beirut, which Israel heavily bombed in 2006.

After the war, a group of influential Israeli commanders, notably Maj. Gen. Gadi Eisenkot of the Israel Defense Forces’ General Staff’s Operations Directorate, formulated this strategy to prepare troops for another conflict. Key to the plan would be to strike with “disproportionate force” directed at villages containing Hezbollah rocket launchers, with the aim to “cause great damage and destruction there,” Eisenkot said.

Gabi Siboni of the Institute for National Security Studies, an influential Israeli think tank, further articulated this strategy. “An updated Israeli security concept regarding Israel’s response to rocket and missile threats from Syria, Lebanon, and the Gaza Strip is gradually evolving,” Siboni wrote in October 2008.

“With an outbreak of hostilities, the [Israel Defense Forces] will need to act immediately, decisively, and with force that is disproportionate to the enemy’s actions and the threat it poses. Such a response aims at inflicting damage and meting out punishment to an extent that will demand long and expensive reconstruction processes.”

In Lebanon, Israeli attacks would extend to “centers of civilian power that support the organization,” Siboni added. “Moreover, the closer the relationship between Hizbollah and the Lebanese government, the more the elements of the Lebanese state infrastructure should be targeted.”

This was a reckoning with Israeli’s inability to stop Hezbollah’s rocket fire, and an admission that the country’s military would not likely to be able to do in the future. But Israel could inflict enough damage before a ceasefire to mire an adversary in years of reconstruction.

That would, in theory, build deterrence and make wars less likely. Nearly three months after Siboni’s statement, Israel would go to war with Hamas in the Gaza Strip and put the Dahya plan into practice. 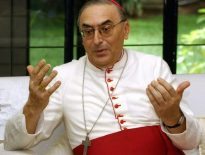 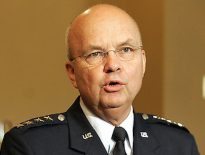 Headlines Ex-CIA director: I was sure if we didn’t strike …
0
wpDiscuz
0
0
Would love your thoughts, please comment.x
()
x
| Reply
We use cookies to ensure that we give you the best experience on our website. If you continue to use this site we will assume that you are happy with it.Ok