Trending
You are at:Home»Categories»Headlines»How Israel can contribute to Saudi’s vision 2030
By Salman Al-Ansari on 12 October 2016 Headlines
The topic of establishing a relationship between Saudi Arabia and Israel raises many theories, assumptions, and emotionally charged arguments. Some of these arguments have merit, while others amount to nothing more than poorly formulated conjecture. These strongly held positions are especially interesting because they are put forward despite the current lack of an existing relationship between the two countries.

In fact, there are some opinions suggesting that having a common enemy in Iran will help accelerate any sort of rapprochement between two of the Middle East’s most powerful nations. While that could be partially true, a more solid foundation for establishing deep-rooted ties between the two countries could manifest in the context of a mutually beneficial economic partnership.

To illustrate this, history tells us that Arabs and Jews were some of the strongest partners in trade, culture and mutual security, living in relatively peaceful coexistence for centuries, whether they’re in the Middle East, North Africa or even Spain.

When talking about fairly recent history, it is common knowledge that Saudi Arabia and Israel have committed to rational and balanced foreign policies over the past 70 years, never seeking any provocative or hostile actions against each other. It’s also important to note that there are hundreds of Jews hailing from many corners of the world who are currently working in Saudi Arabia, contributing to its financial, infrastructure, and energy projects.

As a matter of fact, Saudi Arabia is going through its biggest economic transition in its history, of which Israel is the most capable of contributing to. The architect of this transition, Deputy Crown Prince Mohammed Bin Salman, is also viewed by political observers as a pragmatic and progressive personality, with all indicators showing that he is prepared and willing to develop real, enduring ties with Israel. With the goals of this transition outlined in a recently announced “National Transformation Plan,” one of its most important strategies focuses on diversifying income sources and mining for more natural resources.

The latter represents a rare, golden opportunity for Israel to participate in and help bolster the Saudi economy. After all, Israel has a reputation as one of the most sophisticated and technologically advanced countries in the field of mining, with a robust, globally recognized diamond industry. Keeping in mind that Saudi Arabia is the largest country in the world without any source of flowing water, Israel is also a world leader in the water engineering industry, which makes it extraordinarily qualified to help Saudi Arabia with its ambitious desalination plans, which are a crucial part of the Deputy Crown Prince’s blueprint for Saudi’s economic reform, “Vision 2030.”

Of course, such an economic partnership cannot be established without addressing security concerns, as the trust factor between the two Middle Eastern countries still needs positive reinforcement. However, most of these concerns are mutual, as both countries are facing constant threats from extremist groups that are directly supported by the totalitarian government of Iran, which is classified internationally as a global sponsor of terrorism, providing a safe haven for most of the world’s most dangerous and well-known terrorist organizations.

Any form of normalization between the two countries is also an Arabic and Muslim normalization towards Israel, which will undoubtedly promote security and weaken extremism in the region. In fact, there was a time when the United States relied on Saudi Arabia and a pre-Islamic revolution, pro-Western Iran to be the “twin pillars” of Middle Eastern stability as part of the Nixon Doctrine a few short decades ago.Current and forthcoming U.S. administrations could consider Saudi Arabia and Israel to be uniquely positioned to carry on that mantle and become the new twin pillars of regional stability, which would not only mean less military interventions, but also an easier opportunity for the U.S. to foster an environment in the region that is conducive towards social development and economic growth.

Rapid changes require rapid, decisive actions in order to achieve a new political, security and economic strategy that is centered around a win-win policy. Both Saudi Arabia and Israel should recognize that while all these bilateral benefits look strategically and economically attractive on paper, such benefits only have a chance of materializing if they are backed up by a comprehensive plan that fulfills the terms required by both parties.

Impeding collaboration in any way would inevitably stifle an historic opportunity for both countries to grow, develop and solidify the mutual goal of not only ensuring the success of this vital relationship, but bringing the Middle East into a new era of unprecedented peace and prosperity.

How Israel can contribute to Saudi’s vision 2030 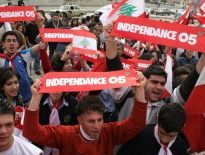 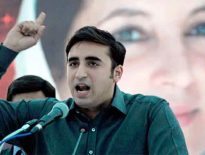 Commentary The son also rises
0
wpDiscuz
We use cookies to ensure that we give you the best experience on our website. If you continue to use this site we will assume that you are happy with it.Ok