Trending
You are at:Home»Categories»Features»Here’s how Obama can hit back at Putin over hacking
By Reuters on 19 December 2016 Features, Headlines

President Barack Obama told reporters at his last news conference of 2016 that the United States will respond to Russia’s cyber attacks. REUTERS/Jonathan Ernst

Obama vows that the United States will respond at a time and in a manner of its choosing. He has, at this writing, one month to strike back. Tick. Tick. Tick.

The White House, the Pentagon, and the Central Intelligence Agency have contingency planslocked away in top-secret compartments. (In theory, locked away from Russia – who knows these days?) They could hit Moscow’s leaders, intelligence services and oligarchs where it hurts. The United States could strike at their computer motherboards or their offshore money. It could place multifaceted malware inside Putin’s espionage networks. It could throw a monkey wrench into his political machine.

If Obama looks back into the annals of the Cold War, he will find a fitting blueprint for the last big intelligence operation of his presidency. It has a perfect code name: Farewell.

By 1975 – the year Putin became a Soviet spy – an espionage unit called Line X was up and running in Moscow. It worked with the KGB’s directorate of science and technology; with the Soviet GRU, devoted to military intelligence; and with the spy services of Eastern Europe. The mission was to steal cutting-edge software and hardware, military and civilian, from the West. The Soviets were 10 years behind the United States in science and technology. They either could catch up or, in time, they could crumble.

In 1981, President Reagan met with President Francois Mitterand of France at an economic summit in Ottawa. They spoke through bilingual intelligence officers. Mitterand, a lifelong socialist, had an invaluable gift for Reagan, an inveterate capitalist, that would serve as a lethal weapon against the Soviets.

The French had an agent inside the KGB, Colonel Vladimir Vetrov, whom they called Farewell. Vetrov had delivered 4,000 documents detailing the work of Line X. They described years of intelligence operations aimed at stealing software for airborne radar systems, designs for war planes and ballistic-missile defenses, computer systems for everything from space shuttles to energy plants – the crown jewels of the American military-industrial complex.

William J. Casey and Vice President George H.W. Bush, respectively, the director and ex-director of the CIA, read the gist of the translated Farewell dossier. They shared it with Richard V. Allen, the national security adviser, who assigned a staff member, Gus Weiss, to help devise a long, slow, subtle and devastating plan of counterattack. Weiss wrote an after-action report for the CIA in 1996. You can read it on the agency’s website.

“It was a brilliant plan,” Allen said 20 years later in an oral history interview. “We started in motion feeding the Soviets bad technology – bad computer technology, bad oil-drilling technology. We fed them a whole lot, let them steal stuff they were happy to get.” FBI agents posed as corrupt military contractors. They shipped clueless Soviet spies everything they sought and more: computer chips for next-generation weapons, blueprints for chemical plants, state-of-the art turbines. Each had a subtle and fatal defect. This herd of Trojan horses soon started running wild and biting the Russian bear.

And then the United States decided to really let them have it.

The Soviets needed the software for sophisticated computer systems to control pressure gauges and valves vital to an immense natural-gas pipeline under construction from Siberia to Eastern Europe. The CIA and the FBI surreptitiously steered a Soviet Line X officer to a Canadian company that had exactly the software he’d been assigned to steal. Moscow was well pleased. The codes and silicon chips were implanted in the Trans-Siberian pipeline in late 1982. Months passed. Then, slowly, the pressure started building – tick, tick, tick. Out in the frozen tundra, a fireball exploded.

Of course, had the tables been turned, this could have been seen as an act of terror. But no one was killed. In the context of the Cold War, it was fair play. The CIA put the final touches on the Farewell case by sending deputy director John McMahon to Western Europe with his own dossier: the names of 200 Line X officers and foreign agents. He delivered it to the intelligence services of NATO nations.

The Americans had deployed an array of weapons in its intelligence arsenal – political warfare, cyber attacks, strategic deception, and economic sabotage, among others – in a counterstrike coordinated by the CIA, the FBI, the Pentagon, and the National Security Council. How might the lessons of Farewell be used today in a proportionate response to a global and sophisticated Russian intelligence operation?

Obama may want to limit his response to gathering intelligence on the Russian hacks and publishing it as a devastating report before he departs the Oval Office. But he also could try to punish Putin.

The coming attack might be invisible to the American people – at first – but it must be seen and felt by Putin. It could take cyberweapons which the Russians have used and turn them against Moscow. It could strike Russian leaders and oligarchs where they are most vulnerable, by revealing and publishing their political, personal, and financial secrets – just as Putin stole the secrets of the Democratic Party and weaponized the information to wound Hillary Clinton.

If we have learned anything from Putin’s attack on the American political system, it is an old but vital lesson: information is power. We may soon learn how he likes a taste of his bitter medicine.

Tim Weiner is a Pulitzer Prize-winning reporter. His books include “Legacy of Ashes: The History of the CIA.”

Here’s how Obama can hit back at Putin over hacking

by Reuters time to read: 4 min 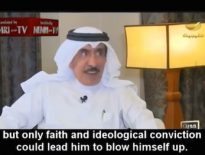 Commentary Unpacking The Message Of Hate With Dr. Al-Ansari 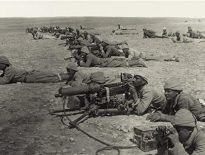 Features Interview: Author Roger Hardy on ‘empire and its…
0
wpDiscuz
We use cookies to ensure that we give you the best experience on our website. If you continue to use this site we will assume that you are happy with it.Ok