JERUSALEM (AP) — Israel’s Hebrew University announced Wednesday that it had obtained a “magnificent” collection of Albert Einstein’s manuscripts, shedding new light on the mind and soul of the Nobel Prize-winning physicist ahead of his 140th birthday.

The bulk of the 110-page collection consists of yellowed pages of handwritten equations, as well as several personal letters written in German. In one correspondence with his lifelong friend Michele Besso, Einstein said he felt “ashamed” for never bothering to learn Hebrew.

Professor Hanoch Gutfreund, the Einstein archive’s academic director, said: “For historians of science, it is very important to have manuscripts, because then one sees that he crossed out something, that he changed something, and it is interesting to see how he actually worked.” 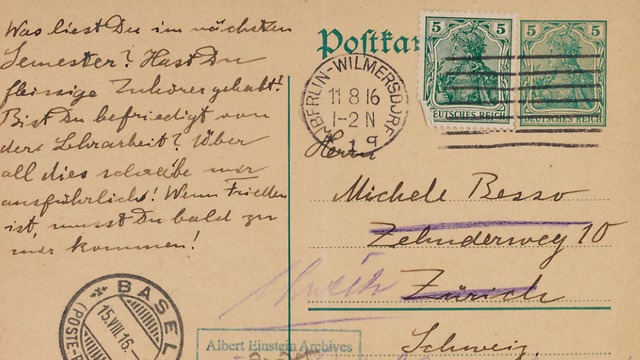 Each of the four personal letters from Einstein “is a gem,” Gutfreund added.

“In every letter exchanged between them, they refer to something scientific. But they always share something personal about their families,” said Gutfreund. “And they also very often exchange remarks about their Jewish identity.”

Besso, a Swiss-Italian engineer of Jewish descent, was baptized a Christian but also learned the Hebrew language. In one of their letters, Einstein wrote with a touch of sarcasm that he “as a ‘Jewish saint’ must feel ashamed at the fact that I know next to nothing of it. But I prefer to feel ashamed rather than to learn it.”

“You will certainly not go to hell, even if you have had yourself baptized,” Einstein wrote.

In the same letter from 1951, Einstein tells Besso that he has “still not come closer” to fully comprehending the nature of light particles after nearly 50 years of research.

The esteemed physicist had left Germany years earlier amid the rise of fascism. In a 1935 letter to his son Hans Albert, he expressed dismay that other European powers had not done more to curb Nazis’ military buildup.

“The German armament must be extremely dangerous; but the rest of Europe is now starting to finally take the thing serious, especially the English,” Einstein wrote. “If they would have come down hard a year and a half ago, it would have been better and easier.”

The Chicago-based Crown-Goodman Family Foundation purchased the 110 pages, most of which have never been publicly displayed, from a private collector in Chapel Hill, North Carolina, and donated them to Hebrew University.

The university did not say the purchase price, citing the donor’s wishes. 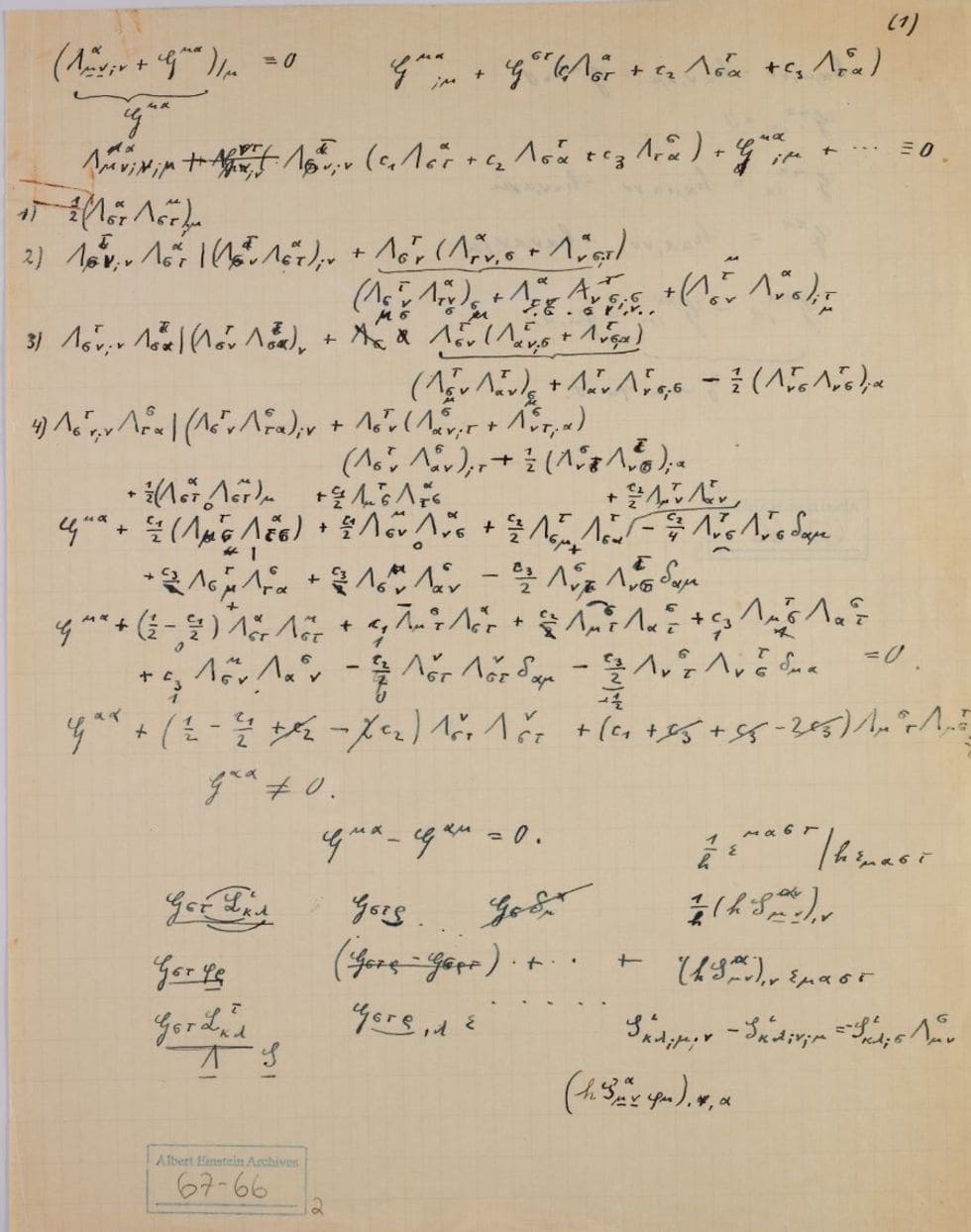 These newly acquired documents had belonged to Ernst Straus, Einstein’s one-time assistant and fellow mathematician. They were sold by Straus’s family after his death in 1983 to a New York antique dealer. Eventually the documents made their way to the collection of Gary Berger, a Chapel Hill doctor.

Roni Grosz, curator of the Albert Einstein Archive at Hebrew University in Jerusalem, called the documents “a rare find.” Though the contents of many of the documents were already known to researchers, “originals are a very, very special addition to a collection,” he said.

Einstein helped establish Hebrew University and was a member of its board of directors. After his death in 1955, he left most of his archive — over 82,000 items, ranging from manuscripts to his music records — to the school.

Awarded the Nobel Prize in Physics in 1921 for his work on the photoelectric effect, Einstein is perhaps more famous for his General Theory of Relativity.