By Nadav Pollak and Michael Knights

The coalition has restricted Iranian resupply of the Houthis by air and sea, and selective reopening of Yemeni ports may be possible as they fall to pro-Hadi forces.

When Operation Decisive Storm was launched last year, one of the Saudi-led Gulf coalition’s first actions was to close Yemen’s airspace and place its ports under naval blockade, in part to prevent the military resupply of the Houthis and elements supporting former president Ali Abdullah Saleh. On April 14, 2015, UN Security Council Resolution 2216 lent international support to the blockade, calling for member states to “take the necessary measures to prevent the direct or indirect supply” of arms to these actors.

The first test of the aerial blockade occurred in late April, when Iranian civil aircraft negotiated permission from Oman and the Houthis to deliver Red Crescent aid packages to Sana. Upon detecting the inbound flights and denying them permission to land, the coalition bombed the runways at Sana airport, forcing the planes to turn back. This measure was presumably based on fears that the supposed “aid packages” would also contain munitions and other materiel — a legitimate concern given Tehran’s other efforts to rearm the Houthis. The coalition attacked air-traffic control at Sana again on May 8, when the Yemeni civil aviation authority announced that it was reopening the airport to receive aid.

Russia has tested the air embargo twice thus far: in July and November, when single flights arrived carrying what Moscow described as “humanitarian supplies,” then departed carrying Russian nationals. On both occasions, the coalition opened specific windows in the no-fly zone to accommodate the requests.

Maritime blockade efforts initially focused on Aden until its liberation, then shifted to the Red Sea ports of Mokha and Hodeida, major receiving points for Iranian arms transfers via the Horn of Africa. Coalition forces prevented commercial and civilian vessels from accessing these ports, while other assets patrolled the area to stop and search suspicious ships. Only vessels with valid clearance from the coalition have been authorized to enter embargoed ports. Significant naval assets have been deployed in support of the operation, including Baynunah-class corvettes from the United Arab Emirates, at least one Oliver Hazard Perry-class frigate from Egypt, and a Saudi replenishment vessel, the Yunbou, which has enabled the flotilla to operate offshore for longer periods.

The United States and other Western countries have also increased their naval presence in the area, not only to guard shipping lanes but also to help intercept arms smugglers. Last April, when a flotilla of nine Iranian ships was making its way to Yemen, possibly with weapons for the Houthis, the aircraft carrier USS Theodore Roosevelt and the guided-missile cruiser USS Normandy were sent to deter them. The Iranian flotilla eventually turned back, forestalling a confrontation.

The interdiction of arms smuggling is a hit-or-miss process. On September 25, the coalition intercepted an Iranian dhow carrying antitank guided missiles and other weapons off the coast of Oman. And on February 17, an Australian warship intercepted a stateless fishing vessel carrying dozens of assault rifles and rocket-propelled grenades; Australian and U.S. communiques suggested the cargo had been sent from Iran to Yemen. Currently, unknown quantities of arms are still getting through, as shown by the large number of modern antitank missiles being used by the Houthis.

Given the heavy commercial shipping traffic between the Mediterranean Sea and the Indian Ocean, smaller ships can pass through to parts of Yemen undetected, and weapons can be smuggled in innocuous commodities (see PolicyWatch 2475, “Rethinking U.S. Strategy for Intercepting Iranian Arms Transfers,”). The very length of Yemen’s coastline — 1,906 kilometers — makes it very difficult to completely seal off shipments to the Houthis or al-Qaeda in the Arabian Peninsula (AQAP).

This is why the coalition has continued its maximalist approach, blocking most vessels from entering Yemeni ports at all, sometimes including those carrying humanitarian aid. In January, a UN Security Council report indicated that “the systematic and widespread blockade of commercial goods has directly contributed to the obstruction of deliveries of aid and humanitarian assistance.” The United States and Britain persuaded the Saudis to ease the blockade slightly, allowing increased aid deliveries to reach Yemen, but this been insufficient to answer all of the country’s humanitarian needs. It remains to be seen whether the coalition will lift the blockade any further if ground forces recapture the remaining Houthi ports at Hodeida and Mokha.

OTHER USES OF SEA CONTROL

On the logistical side, UAE and Saudi forces have made effective use of sealift to enable and resupply amphibious landings along Yemen’s extended coastline. When the United States declined to provide additional sealift support, the UAE simply purchased the UAE Swift, a former U.S. Navy High-Speed Vessel 2, from an Australian dredging company and rapidly converted it back into a ship capable of transporting armored forces directly onto the battlefield in Aden.

The Houthis have not been idle in the face of coalition sea control, launching a coastal defense campaign that appears to employ advanced antiship missiles. The units responsible for operating these systems hail from the elite Strategic Operations Command of the Saleh-aligned Yemeni armed forces. The Houthis have made ten claims of successful attacks on coalition vessels near the crucial Bab al-Mandab Strait or off the coast of Mokha, but all were denied by the coalition. Footage of the attacks was recorded at night and does not show clearly what missiles were used, but a Jane’s report stated that they resemble the Chinese C-802, noting a telltale discarding booster shown during one launch.

Such missiles may have been provided by Iran, which has previously passed them to Hezbollah. During the 2006 Lebanon war, Hezbollah hit an Israeli Saar 5-class corvette with a C-802, reportedly with the help of Iranian officers. The strike was also executed at night, possibly to avoid detection.

The Gulf coalition correctly diagnosed from the outset that Iranian resupply to the Houthis could be a game-changing factor if left unchecked, particularly the provision of advanced antitank guided missiles, antiship missiles, and surface-to-surface missiles. The interdiction of Yemen’s airspace has also prevented the Houthis from maintaining important international connections or claiming the mantle of the legitimate government seated in Sana.

The naval blockade and, more recently, ground and amphibious operations to seize Red Sea ports and islands have probably choked off Iranian resupply to a certain degree and tangibly affected certain battlefields. Most notably, they helped break the siege of Taizz, Yemen’s third-largest city. The trick now lies in selectively lifting the blockade as ports fall under the direct control of pro-Hadi forces. The coalition cannot afford to indefinitely ignore international calls to reopen humanitarian access.

Above all, the naval blockade of Houthi-controlled Yemen has relied on effective coalition building. Saudi Arabia’s Red Sea fleet remains a modest navy, but in combination with UAE, Egyptian, Bahraini, and Pakistani forces it has proven capable of sustaining a year-long maritime intercept operation (albeit one largely uncontested by enemy forces). Effective development of regional arrangements, for instance with Eritrea, has enhanced the coalition’s reach and intelligence on ships transiting the Horn of Africa. Most important, Gulf leaders have convinced Western navies to assist the interdiction campaign, leveraging a decade of joint exercises involving Combined Task Forces 158 and 152 (in the northern and southern Persian Gulf) and 150 and 151 (in the Gulf of Oman and Horn of Africa).

Nadav Pollak is the Diane and Guilford Glazer Foundation Fellow at The Washington Institute. Michael Knights is a Lafer Fellow with the Institute.

by The Washington Institute time to read: 6 min 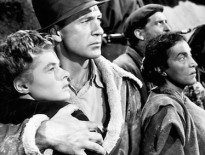 Commentary John McCain: Salute to a Communist
Headlines Gulf Coalition Operations in Yemen (Part 2): The A…
0
wpDiscuz
0
0
Would love your thoughts, please comment.x
()
x
| Reply
We use cookies to ensure that we give you the best experience on our website. If you continue to use this site we will assume that you are happy with it.Ok