As Ankara signaled new dialogue with Assad regime following the Sochi summit of Erdogan and Putin; Former Turkish FM and PM Davutoglu, one of the main architects of decade-long Turkish policy on Syria warns his ex-leader not to legitimize “the atrocities committed by the regime”.

“Hundred of thousands of people in Idlib, Azez, Tal Abyad now worried and don’t know what to do if Turkey come to terms with Syria. The moment Turkey sits on a table with Assad, a new wave of refugees will hit our borders.”

All the main opposition figures but one in Turkey expressed partial appreciation of Erdogan’s and FM Cavusoglu’s sudden positive signals to Damascus. Erdogan’s ex-ally and new rival has massive reservations on the rapprochement and repatriation plans mapped out for Syrians in Turkey.

Ahmet Davutoğlu, leader of Future Party former Foreign Minister and PM, said in a TV interview on Friday that Turkey’s “haste to step towards Assad with Putin’s evident encouragement” may cause a new wave of immigration from Idlib to hit the country’s borders, as the people in the northern region fear the possibility of living under the rule of regime.

“Was there any positive message or sign to Ankara from Damascus? No. Is there any change in the regime policy on anything? No.  The regime does not control all the territories within the borders, right? It doesn’t. So? There is only one reason that suddenly such a meeting possibility arouse: Putin is compelling Turkey to do so. Legitimating the regime in the international arena. I would not see this as a right thing to do”

Having served as foreign minister for 5 years (2009-2014), Davutoglu was one of the master-builder figures of AKP’s decade-long Turkish policy on Middle East. On August 1, 2011, on the verge of the Civil War, then-Foreign Minister’s plane landed Damascus to convince Bashar Assad to make significant reforms to alleviate the escalating conflict in the country during a 8-hour-long meeting — a crucial visit giving him the title of ‘the last European leader who visited Assad’. 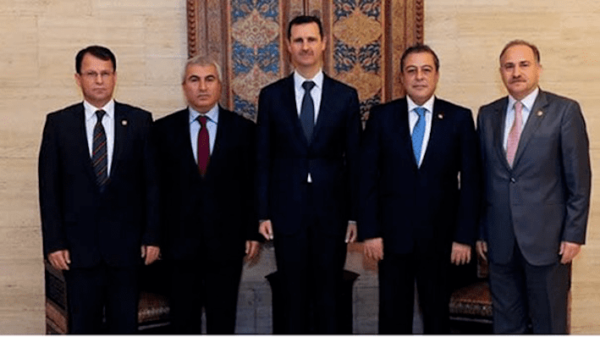 Rapprochement with Damascus was what main opposition alliance has been urging the government to plan for a half decade, as Assad was paid a couple of visits by deputies of CHP and Saadet Party during the civil war. Today, re-opening channels between Ankara and Damascus also means an initial step for “gradual voluntary repatriation” of Syrians, a plan that both opposition and (partially) the government promises voters to put in process. But for Davutoğlu, it is not that simple.

“Such a cheap approach. Let’s say they agreed on (a repatriation plan): Which Aleppoan refugee would accept going back to a country that is still led by someone who slayed, barrel-bombed one’s relatives? How can you convince a Syrian from Hama? There is actually a legitimate way that was never applied, something Russia tried to make everyone forget about. The decision of UNSC in 19.12.2015”

Davutoğlu called on his ex-leader Erdogan to stick by the United Nations Security Council decision taken in 2015, a resolution adopted unanimously (including Russia), envisaging a transitory government in Syria that involves the Assad regime and also the opposition.

“My advice to Mr.Erdogan is that he needs to tell Putin this: ‘There are millions of Syrians in my country. In addition, there are millions of people in Syria who are likely to come to Turkey to seek refuge at any time. How do I convince these people? You persuade Assad to implement this UNSC decision, and I will do so with the (Syrian) opposition.’”

For the former Turkish leader, talking to Assad is a big mercy to him and Turkey must see “what price Assad will pay back for it”:

“Russia is trying to get Turkey to meet in a way that will legitimize the Syrian regime. Political talks must have a political purpose. Why did the Syrian-Turkish relations stop? I had the last meeting with Assad in Damascus. Since then, the Syrian regime has used chemical weapons against its own people. A problematic regime with its own people has been trying to survive with foreign support since that day and has deported millions of people to Turkey.”

End of the dreams of “Friday Prayer at Damascus Umayyad Mosque” 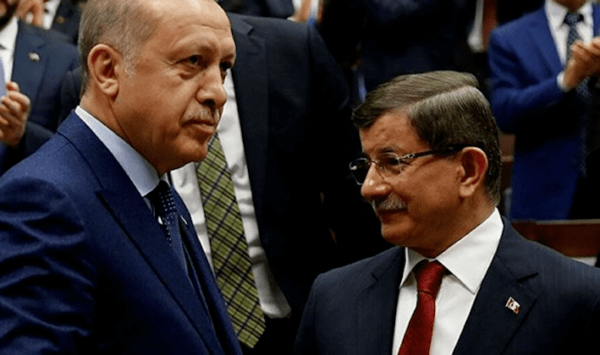 “Davutoğlu, who has been razzed over Syrian policy for long by the opposition figures, with whom he is now an ally, once replied to the harsh criticism saying, “whatever I have done was on Erdogan’s orders (…) I did never say ‘We will have a Friday Prayer at Damascus Umayyad Mosque’, everybody knows who actually did say that” a reference to President Erdogan’s remarkable and ambitious address in 2012.

Becoming Prime Minister in 2014, as Erdogan elected as President, Davutoglu was forced to resign in 2016 following the pressures of Erdoğan and media campaigns of groups tied to Erdogan’s son-in-law Albayrak, He returned to politics when he founded the Future Party in 2019.

We love Turkey and brave people like mrdavutoglu. But syrians will pay a huuuugeee price of depending on erdogan

Syria cannot accept the refugees back if things do not change – there is not enough food, water, electricity, civic services, etc… to care for them.