Trending
You are at:Home»Categories»Headlines»Emir Abdel Kader and Algeria’s lesson for the world
By Mashaal Gauhar on 27 September 2017 Headlines

In a land where sufi philosophy forms an inextricable part of our heritage, the life and times of Algeria’s great saint Emir Abdel Kader (1808-1883) stands unique as a sufi who was also an exceptional political leader and humanitarian.In many ways, Abdel Kader’s life holds a particular significance for the subcontinent as in addition to a shared Sufi tradition, Algeria has also emerged from the depredations of a bloody and protracted colonial period. Much of Abdel Kader’s life was engaged in protecting the Algerian national identity during the colonial period. Post independence, Algeria too has been a victim of conflict which peaked during the 1990s with the outbreak of civil war, known as the black decade.

Born into a well respected Algerian tribe, his father Muhyi ad Din was the leader of the Qadriya order founded in Baghdad by the great mystic Abd al Qadir al Jilani in the 12th century. Brought up in an atmosphere of learning and spirituality Abdel Kader was set to devote himself to a life of study and meditation.

However, the French invasion of Algeria in 1830 compelled him to take up armed resistance to protect the Algerian population from the onslaught of the French army. This was no small feat considering at the time the French army was the most powerful in the world. Though he had no formal military training, his prowess on the battlefield was unmatched. He not only set up a military organisation which successfully fended off French incursions for sixteen years but also negotiated a fragile peace with the French invaders. During this time he was able to galvanise several of Algeria’s tribes and set up the foundations of a fledgling state with schools, a judiciary and equitable taxation system.  In spite of his considerable status, he lived without pomp and ceremony in a tent.

In the face of relentless attacks by France’s military, he finally gave himself up in 1847, appealing to the French for peace. Years of imprisonment and exile followed. During this time, Abdel Kader wrote prolifically. His insightful interpretations of the Quran and Hadith are recorded in his book Kitab al-Mawaqif fi al-Wa’zwa-Irshad.  Deeply influenced by his Sufi outlook, his writings continue to resonate to this day, particularly given the sectarian strife consuming countries like Pakistan and much of the Arab world, “… If you think God is what the different communities believe—the Muslims, Christians, Jews, Zoroastrians, polytheists and others—He is that, but also more. If you think and believe what the prophets, saints and angels profess—He is that, but he is still more. None of his creatures worships him in his entirety. No one is an infidel in all the ways relating to God. No one knows all God’s facets. Each of his creatures worships and knows him in a certain way and is ignorant of Him in others. Error does not exist in this world except in a relative manner.”

‘If you think God is what the different communities believe — the Muslims, Christians, Jews, Zoroastrians, polytheists and others —He is that, but also more’

Like many of the subcontinent’s sufi masters, Abdel Kader was inspired by the teachings of  the revered 11th century mystic Ibn-e -Arabi. In fact, several scholars view Emir Abdel Kader as the leading proponent for refining Ibn-e-Arabi’s thought at a time of tumultuous social upheaval, placing it in a more contemporary context for new audiences.

During his time in Syria in the 1860s, he rescued 15,000 Christians from imminent massacre when conflict erupted in the city of Damascus. For this he was honoured by US President Abraham Lincoln and Pope Pius IX. While in Syria, he also devoted himself to teaching philosophy primarily based on Ibn-e-Arabi’s texts.

Upon his death, his exceptional bravery did not go unacknowledged by the French. In 1883, the French newspaper  Le Figaro described him as “the most redoubtable adversary that France encountered on African soil, the man who for sixteen years of heroic battles fought for his faith and for the independence of his country, Abdel Kader is, unquestionably, the most important personage that has arisen in the last century among the Muslim populations.”

In today’s increasingly fractious and divided world, Abdel Kader’s achievements as a statesman, scholar and humanitarian assume all the more importance. In the wake of the recent terrorist attack in Manchester celebrated writer Robert Fisk asserted that, “We should think of him now more than ever.” At this time of heightened tensions in international politics, his outstanding contribution and overarching message of peace and unity must not be forgotten.

The writer is the founding editor of Blue Chip magazine. She tweets @MashaalGauhar

Emir Abdel Kader and Algeria’s lesson for the world 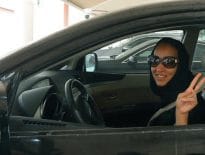 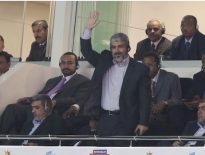 Headlines Iran tries to reconcile Syria and Hamas, rebuildin…
0
wpDiscuz
0
0
Would love your thoughts, please comment.x
()
x
| Reply
We use cookies to ensure that we give you the best experience on our website. If you continue to use this site we will assume that you are happy with it.Ok