Its nice to be able to write a story where the Canadian sports officials are not burying their heads in the sand or passing the hot potato of accountability as quickly as possible.   This is an exclusive interview with Richard McLaren, the Canadian sports lawyer who investigated the state-sponsored Russian doping system.

It is the Lance Armstrong scandal meets Kremlin Cold War politics, with some underhanded KGB tactics thrown in.

A new report into systematic Russian doping details a wide-ranging “institutional conspiracy” involving the country’s internal spy agency, more than 1,000 athletes across more than 30 sports and evidence of widespread cheating at one Olympics, probably more.

At the centre of the massive international controversy is a mild-mannered Canadian: Richard McLaren, the man who was asked by the World Anti-Doping Agency (WADA) to investigate the doping conspiracy. After seven months of confidential interviews, examination of forensic evidence and, even, calling in an international expert in tampering with urine-sample bottles, the Western University law professor and his team on Friday announced their findings: The Russians had instituted a coverup “on an unprecedented scale.”

“It is impossible to know just how deep and how far back this conspiracy goes,” McLaren said at a news conference here in London. “For years, international sports competitions have unknowingly been hijacked by Russians. Coaches and athletes have been playing on an uneven field. Sports fans and spectators have been deceived. It’s time that this stops.”

McLaren’s investigation found that 15 Russian medallists in Sochi for the 2014 Winter Olympics had their doping bottles tampered with, including two athletes who won four gold medals. No names were given.
McLaren’s report created a worldwide sensation.

In Switzerland, Thomas Bach, the head of the International Olympic Committee, said the Russians were operating a “sophisticated manipulation system,” and called for implicated officials to be banned for life. The report “demonstrates a fundamental attack on the integrity of sport,” he said.

Rob Koehler, the Canadian deputy director general of WADA, the Montreal-based agency that is often at odds with the IOC in the fight against doping, told the Star, “The report speaks for itself . . . McLaren has presented solid evidence that there was a coverup and manipulations of the anti-doping process in Russia.”

In an exclusive interview with the Star, McLaren was reflective. He is working to clean up the sporting world not for officials, but for his grandchildren, he said. “If we don’t stop it doping now, it will become even more prevalent and it is very widespread now.”

His investigation was something out of a John le Carré novel. In May, WADA asked his team to look into the allegations of whistleblower Grigory Rodchenkov, Russia’s former anti-doping head. Russia had systematically doped at the 2014 Olympics, Rodchenkov charged.

McLaren recruited the help of several former British anti-organized crime police officers; their experience was crucial in getting athletes and coaches to talk.

“Many of the people in Russia were frightened of the consequences of speaking out both for themselves and their families,” McLaren said. “We even had a Canadian athlete living in Canada request their name be kept secret.”

The team, based in Toronto, quickly found that the scope of the doping went far beyond that one Olympics.
Martin Dubbey, one of the investigators and a former member of the U.K.’s Serious Organized Crime Agency, told the Star how the team solved one of the key problems: how to find out if urine samples had been tampered with.

In the world of anti-doping, being able to get into sample bottles without a trace has a huge effect, as it lets athletes swap out tainted urine for a clean sample. Russian sports officials had been baffled by the task of hiding tainted urine. So, McLaren’s report shows, they asked the FSB intelligence agency — the successors to the KGB — to do it for them.

McLaren’s team brought in a forensic expert to reverse-engineer how the FSB had done it. His evidence was compiled to reveal hundreds of positive doping tests. Tests like the two, unnamed, female hockey players who, after officials changed their sample, submitted urine that contained male DNA.

This impossibility was done using what Dubbey described as a “clean urine bank” at the centre of a Moscow anti-doping laboratory. Once the bottles where opened, the Russians could swap the urine for clean samples. To make the changes more believable the Russians sometimes added salt or even grains of coffee.
McLaren’s report shows that the entire system went far beyond tampered sample bottles and into the very heart of the Russian sports ministry. Using interviews and emails and data taken from the hard drives of former high-ranking Russian insiders. McLaren’s team revealed an “institutional conspiracy.” 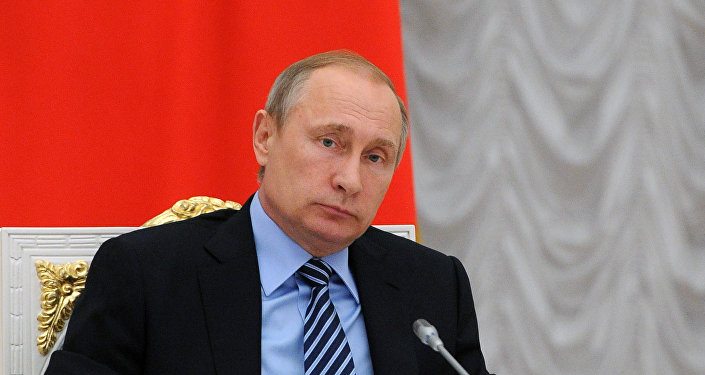 The doping system was so effective that, according to McLaren’s team, it affected results at the 2012 London Summer Olympics, the 2013 IAAF World Championships and World University Games, and in Sochi.

The full scope of the Russia efforts may never be known, McLaren said. “The Russian Olympic team corrupted the London (Olympic) Games on an unprecedented scale. For years international sports have unknowingly been hijacked by the Russians. Coaches and athletes have been playing on an uneven field.”

Hajo Seppelt, the German journalist whose investigative documentaries first uncovered the existence of the Russian system, told the Star that he was impressed by McLaren’s report. “I have been working on sports doping for thirty years. This is the biggest story I have seen. It is extraordinary, it confirms all the work that has been done.”
Travis Tygart, the head of the American anti-doping agency USADA who is credited for exposing disgraced cyclist Lance Armstrong, called the report “another staggering example of how the Olympic movement has been corrupted and clean athletes robbed by Russia’s state-supported doping system. The IOC has to act …

No international sporting events should be held in Russia until its anti-doping program is fully Code complaint and all the individuals who participated in the corruption are held accountable.”

Russian officials pronounced themselves largely unimpressed. The Russian sports ministry — named in the report as organizing the system — said it will examine the report in detail before commenting, but denied it ran “a state program of support for doping sport.”

At the London news conference, McLaren responded with a smile after one sports journalist read out a comment by a Russian sports official that denounced his work as “baseless accusations.”

The report has just been released, so the official could not have read it yet, McLaren said.
For all McLaren’s calm manner, he is passionate about the need to stop doping in international sports.

“This has to stop,” he told the Star, putting his palms firmly on the table for emphasis, “I mean both the widespread doping in sports but also all infighting between agencies like the International Olympic Committee and WADA about whose fault it is. They have to stop arguing and start working together to clean up the problem.”
He sighs and speaks again about his grandchildren: “Look, kids have sports heroes, and if those heroes dope, then the kids will dope as well. I want to stop it.”

With files from The Associated Press

Headlines Former Iranian president Hashemi Rafsanjani dies
0
wpDiscuz
0
0
Would love your thoughts, please comment.x
()
x
| Reply
We use cookies to ensure that we give you the best experience on our website. If you continue to use this site we will assume that you are happy with it.Ok