Trending
You are at:Home»Categories»Headlines»‘Bibi-sitting’ and Drones Out of Azerbaijan: Report Reveals How Close Israel Came to Striking Iran
By Haaretz on 5 September 2019 Headlines

Israel is currently contemplating the possibility of a unilateral strike against Iran, the New York Times reported on Wednesday, and believes that U.S. President Donald Trump, unlike his predecessors George Bush or Barack Obama, is less likely to derail its efforts.

The Times investigation – which includes interviews with dozens of current and former American, Israeli and European officials – tracks American and Israeli policy regarding Iran over three administrations. It details how Israel came very close to attacking Iran in 2012, how Obama’s administration developed its own military contingency plans and how the U.S. monitored Israel as Israel spied on Iran.

The Times also spoke to Prime Minister Benjamin Netanyahu, who acknowledged the possibility that Trump may attempt to negotiate with Iran over its nuclear program. “But this time,” Netanyahu said, “we will have far greater ability to exert influence.”

The article reveals that the Pentagon had constructed an exact replica of Iran’s Fordow Uranium Enrichment Facility in a western U.S. desert and tested blowing it up with a 30,000-pound massive ordnance penetrator (MOP), a bunker-busting weapon for the most hardened of underground defenses. The U.S. showed Israel a video of the test, as a way to calm Israeli concern about the Obama administration’s commitment to keeping Iran from gaining a nuclear weapon.

According to the Times, in November 2010, Netanyahu and then-Defense Minister Ehud Barak met at Mossad headquarters to discuss an Iran attack plan with the chiefs of Israel’s defense establishment.

“According to Ehud Barak, the conversation quickly became contentious when Lt. Gen. Gabi Ashkenazi, the military chief of staff, told the room that despite major advancements, the Israel Defense Forces had not yet crossed the threshold of ‘operational capability,’” the Times report said.

“The moment [the chief of staff]says there’s no operational capability then you have no choice,” Barak is quoted as having said. “Hypothetically, you can fire him if you want to, but you can’t say, ‘Let’s go.’ ”

The authors also reveal the Obama administration’s effort to send a senior official to Israel every few weeks — to “Bibisit” and ensure that Israel did not launch a unilateral strike.

“It did not escape our understanding that having a visit of a senior American official on the calendar probably bought you a couple of weeks — before the visit and then after the visit,” former U.S. ambassador Daniel Shapiro said. “For an Israeli official, it meant you knew you could not strike without feeling that you’ve deceived somebody while they were sitting in your office.”

Netanyahu insists that the threat of an Israeli strike “was not a bluff — it was real. And only because it was real were the Americans truly worried about it”, the Times report said. He pulled back from the brink only because he still could not get a majority of his cabinet to support him. “If I’d had a majority, I would have done it,” Netanyahu said, “unequivocally.”

In October, the strike was called off. “It is one thing to strike alone,” Barak says, “and a totally different thing to draw the United States into a confrontation that it doesn’t want to be a part of.”

“I think that it’s far more likely that Trump would give Netanyahu a green light to strike Iran than that Trump would strike himself,” Shapiro told the Times. “But that, you know, is a big risk.”

‘Bibi-sitting’ and Drones Out of Azerbaijan: Report Reveals How Close Israel Came to Striking Iran

by Haaretz time to read: 3 min 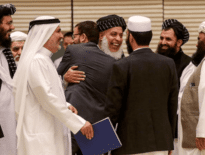 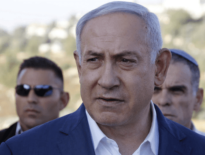 Headlines Senior Israeli security source confirms strikes on…
0
wpDiscuz
0
0
Would love your thoughts, please comment.x
()
x
| Reply
We use cookies to ensure that we give you the best experience on our website. If you continue to use this site we will assume that you are happy with it.Ok