Trending
You are at:Home»Categories»Headlines»Bandar speaks out: the changing landscape in the Mideast
By Dennis Ross on 22 October 2020 Headlines

Shortly before we presented the Clinton parameters on peace to the Israelis and Palestinians in December 2000, I briefed Bandar bin Sultan, the Saudi ambassador to America. Once presented, I wanted Saudi Arabia to urge then-Palestinian leader Yasser Arafat to accept our bridging proposal to end the conflict. Bandar’s response is etched in my memory: “If Arafat rejects this, it won’t be a mistake, it will be a crime.”

Bandar said this privately to me.

After Arafat rejected the Clinton parameters, other Arab officials echoed similar, if less dramatic, views to me. But none were prepared to say anything publicly. None were prepared openly to criticize the Arafat decision or counter the Palestinian story misrepresenting what had been offered.

That was then — when the Palestinians could portray the diplomacy one way, and leading Arab figures would not challenge their story, even when they knew it was wrong.

But this is now, and the Middle Eastern landscape is changing when it comes to the Palestinian cause.

What was unthinkable before is no longer; the fear that Palestinians could arouse opposition to Arab leaders by claiming they were betraying Palestinian national aspirations is gone.

Last week Bandar bin Sultan — in a three-part interview on al Arabiya network, speaking to a Saudi and regional audience — engaged in truth-telling about the historic failures of the Palestinian leadership. From declaring that Palestinian leaders “always pick the wrong side” to bemoaning that “there were always opportunities, but they were always lost,” he debunked the Palestinian narrative. He spoke of the constant divisions among Palestinians and how the Saudi kingdom “had justified to the whole world the actions of Palestinians” even when “we knew, indeed, [they]were not justified.” But Saudi Arabia did so because, in Bandar’s words, they did not “wish to stand with anyone against them, nor did we wish to see the consequences of their actions reflected on the Palestinian peoples.” In other words, Saudi Arabia stood by Palestinian leaders even when they were wrong, producing in Bandar’s words, Palestinian “indifference” and a belief that “there is no price to pay for any mistakes they commit.”

The Saudis and others did the Palestinians no favors. If Palestinian leaders never had to acknowledge their mistakes or account for why they missed opportunities, they were never going to learn lessons and adjust their behavior. But their negotiators knew. This past year, one former Palestinian negotiator, despairing about the current reality, wistfully said to me, “Can you imagine where we would be if we had accepted the Clinton parameters?”

Bandar’s message was clear: We won’t cover for you any longer, and we have our own needs. As he put it: “In my personal opinion, with all the events that have taken place around the world, we are at a stage in which rather than being concerned with how to face Israeli challenges in order to serve the Palestinian cause, we have to pay attention to our national security and interests.”

The same logic motivated the United Arab Emirates (UAE) to formalize peace with Israel now. No longer would the Emirates allow the Palestinians to deny them what they saw as being in their interests — and, given the health and economic challenges of COVID-19, drought conditions that threaten water and food security needs, and security threats from Iran, its Shia militia proxies and radical Sunni Islamists, other Arab states will follow the Emirates’ example.

Regrettably, the Palestinian reaction to the Emirates was to fall back on old tropes — they betrayed us, it was a stab in the back. Palestinians resent Israel getting what it wants while they remain under occupation, but they are ignoring that the Emirates created linkage: Normalization was conditioned on Israel not annexing the territories allotted to it in the Trump plan. True, Emirate linkage was designed to prevent a negative Israeli action, but other Arab states can press for positive Israeli moves toward the Palestinians in return for their taking normalizing steps. Depending on the scope of normalization, these steps can range from the practical and the tangible (like approving water and waste water treatment projects) to more political and symbolic ones (like expanding the area of the West Bank under the Palestinian Authority’s control, or stopping Israeli settlement construction to the east of the security barrier, meaning in 92 percent of the territory).

While the Bandar revelations appear to be setting the stage for Saudi moves toward Israel, the Saudi kingdom is unlikely to make one big leap. The Emirates didn’t; they built their relations with Israel over the last decade, starting quietly and beginning more public outreach in 2015 with the opening of an Israeli diplomatic presence in the International Renewable Energy Agency’s office in Abu Dhabi.

In all likelihood, the bigger Arab states like Saudi Arabia and Morocco will move in stages, and the Palestinians can gain from that. But they have to play. They cannot repeat their historical pattern of always rejecting the openings of others (such as Egypt and the UAE) and aligning with those who reject them — Saddam Hussein in response to Sadat’s peace, Turkey and Iran in response to the UAE today.

If the Palestinians choose wrong again, they will be left behind.

Their loss won’t be a win for Israel because the Palestinians are not going anywhere; Israel will still have a Palestinian problem.

A smart U.S. policy would be to broker Arab outreach to Israel, Israeli steps to Palestinians in response, and use that to restore a sense of possibility. In the end, Bandar will have done Palestinians a favor if he forces them to look in the mirror and realize it is time to choose correctly.

Dennis Ross is counselor and the William Davidson Distinguished Fellow at the Washington Institute for Near East Policy. He served as special assistant to President Obama, as Special Middle East Coordinator under President Clinton, and as director of the State Department’s Policy Planning Staff in the first Bush administration. He is the author, with David Makovsky, of “Be Strong and of Good Courage: How Israel’s Most Important Leaders Shaped Its Destiny.” Follow him on Twitter @AmbDennisRoss.

Bandar speaks out: the changing landscape in the Mideast 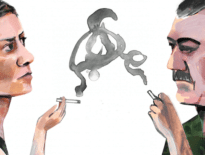 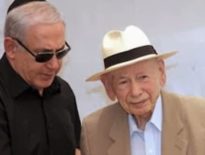 Features The Pillars of Netanyahu’s ‘Peace’
0
wpDiscuz
0
0
Would love your thoughts, please comment.x
()
x
| Reply
We use cookies to ensure that we give you the best experience on our website. If you continue to use this site we will assume that you are happy with it.Ok