Trending
You are at:Home»Categories»Features»AQAP’s infiltration of Yemen’s Sunni tribes reduces effectiveness of precision airstrikes sustains jihadists’ expansion
By Jane's on 19 May 2015 Features

Saudi-led airstrikes hit a site believed to be a munitions storage facility in Yemen’s capital Sanaa on 12 May 2015. Source: PA

Hatem is the fourth AQAP senior ideologue or commander to be killed by a UAV strike since February 2015. This indicates that the US still has access to actionable intelligence on high profile targets, despite the increasing security vacuum in Yemen.

Despite the weakening of its leadership structure, AQAP’s capabilities are unlikely to be significantly degraded by airstrikes alone. The group is enjoying great freedom of manoeuvre in southern Yemen, where it is exploiting the civil war to insert itself in the fabric of local tribal society. The fracture of the Yemeni security apparatus and competing factional interests between forces on the ground will probably sustain the security vacuum across the country in coming months, facilitating the proliferation of jihadist militias

A US unmanned aerial vehicle (UAV) strike reportedly targeted and killed four al-Qaeda in the Arabian Peninsula (AQAP) militants travelling in a car, including group senior member Mamoun Abdulhamid Hatem, in Al-Mukalla, Hadramawt, on 12 May.

Hatem’s alleged death has not yet confirmed by the group. However, a social media account officially associated with AQAP announced his “martyrdom” on 13 May. Hatem, who Yemeni media have profiled as a senior commander of AQAP affiliated-group Ansar al-Sharia, is the fourth high-profile militant to be killed in Yemen by US UAV strikes since February. The others are AQAP sharia official Harith bin Ghazi al-Nadhari; Ibrahim Suleiman al-Rubaish, its senior ideologue; and its deputy military commander, Nasser bin Ali al Ansi. All those strikes took place in the southern province of Hadramawt, currently the main base of AQAP operations. The killing of such high-profile militants in a short period of time indicates the level of actionable intelligence coverage retained by the United States, despite the ongoing civil war and collapse of residual state authority. As the US shut down their embassy in Yemen in February and evacuated its staff, forcing the CIA to significantly reduce its HUMINT capability in the country, it is likely that the Saudi intelligence, complemented by US technical intelligence coverage, is providing the US with information on militants’ movements and positions. The strikes also suggest that AQAP militants are becoming more vulnerable to precision airstrikes as the group advances in the open desert terrain of southern Hadramawt.

AQAP progresses from co-opting tribes to penetrating tribal clans AQAP is continuing to successfully exploit the collapse of the Yemeni army to increase its operational capabilities and expand its presence, especially across the oil-producing province of Hadramawt. The group is employing long-practised and new tactics in a bid to exploit the sectarian side of the Yemeni conflict to its advantage. Although it continues to embed itself amongst the local tribes and forge alliances with Salafist-leaning tribal clans, the group is also serving as the equivalent of a ’Special Forces’ unit for the local Sunni tribes hostile to the Shia-Zaidi Houthi territorial gains across Yemen. Acting as the military arm of the tribes and unabatedly attacking Houthi targets allows AQAP to convincingly present itself as the “real” protector of the Sunni tribes against the “Shia aggression” and recruit an increasing pool of tribal militants and supporters. It also allows the group to freely enter cities and villages where tribes facilitate AQAP movement and provide safe houses.

This strategy has been demonstrated during the AQAP April offensive culminating in the takeover of the provincial capital of Hadramawt, Al-Mukalla. The city was raided by a coalition of tribes and jihadist militias called ’Sons of Hadramawt’ on 2 April (see Yemen: 2 April 2015: AQAP likely to be main beneficiary of current Yemeni civil war and fragmentation of Yemeni army). On 16 April, the mixed tribal-jihadist militia also seized Al-Riyan airport, the Air Defence 190 Brigade’s headquarters, and the Dhabah oil terminal, all in Al-Mukalla. Instead of declaring a local emirate, as it did in 2012 when the group captured Zinjibar and Jaar, AQAP handed over the control of the city and the airport to the newly established Hadrami Domestic Council, a ruling body made up of AQAP figures and tribal elders, announcing in a statement released on 10 May that its objective was “not to impose control over territory but to govern it with and in the interest of the tribes”. On 13 May, AQAP announced its first “administrative” measures adopted in Al-Mukalla, including a ban on the consumption of qat (a mild narcotic leaf widely consumed in Yemen) using officially for the first time its rebranded name of Sons of Hadramawt.

Increasing competition from the Islamic State

AQAP continues to follow Al-Qaeda’s approach of gradually radicalising the local population, avoiding alienating it by useing spectacular violence or coercive imposition of its rule, which is a standard Islamic State practice. AQAP will probably attempt to extend its new approach to new areas, in a bid to counter the Islamic State’s increasing influence in Yemen. Groups claiming loyalty to the Islamic State are emerging throughout Yemen. To date, there are seven known Islamic State wilayat (provinces) operating in 10 Yemeni provinces: Saada, Sanaa, Al-Jawf, Al-Bayda, Taiz, Ibb, Lahij, Aden, Shabwah, and Hadramawt. Wilaya Hadramawt mounted its first attack in the province on 30 April, when militants simultaneously assaulted a Yemeni military checkpoint and a government complex in Tarim and beheaded three soldiers they had captured. Islamic State’s presence in Hadramawt increases the likelihood of rivalry with AQAP, with the two groups likely attempting to mount major operations in the province to demonstrate their relevance and dominance.

AQAP’s gradual merger with local tribes and a security vacuum that is likely to continue in coming months is likely to minimise the impact of airstrikes against the group’s militants. Conversely, as the clear distinction between jihadist and tribal militants becomes blurrier, the risk of airstrikes turning more tribes sympathetic towards AQAP is likely to increase. The group will be likely to continue to remain unchecked on the ground, thereby expanding its territorial presence and attack capability in other provinces, like Shabwa, Lahij, Abyan, and Marib. AQAP’s ability to co-opt further tribes and hold control over territory will probably be dependent on the group’s capacity to provide money, social outreach programmes, and integration into local government through local tribal networks. As such, armed raids targeting banks, post offices and army bases are likely to increase in frequency in southern cities such as Tarim, Seiyun, Ash Shihr, Shibam, and Ataq. In the event AQAP succeeds in infiltrating tribal leadership councils and expand its tribal support bases in southern Shabwa and Ma’rib, the risk of infighting between AQAP-aligned tribes and others, including factional fighting for control of strategic and energy assets, would increase. 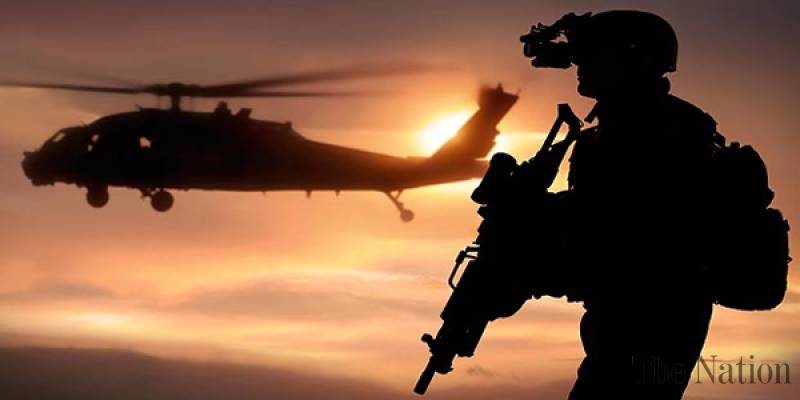 Commentary Why the Seymour Hersh story was declined by The Ne… 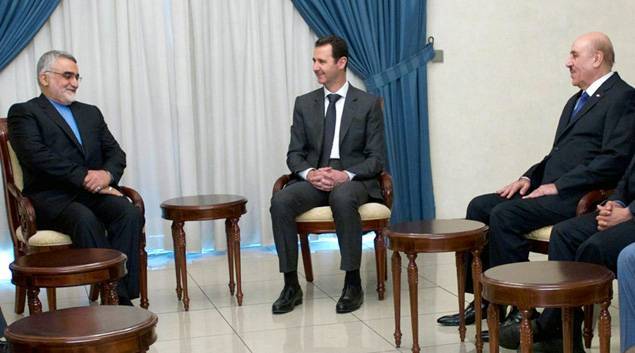 Features Bashar Assad’s perilous dance with Iran
0
wpDiscuz
0
0
Would love your thoughts, please comment.x
()
x
| Reply
We use cookies to ensure that we give you the best experience on our website. If you continue to use this site we will assume that you are happy with it.Ok